Wake up to the Democrat/Republican Paradigm & NEW WORLD ORDER

posted on Dec, 4 2014 @ 01:34 AM
link
No matter who you vote for in the next election it will most likely be someone pushing the same Globalist agenda. Research The Trilateral Commission, Council on Foreign Relations and Bilderberg Group. The past three presidents are members of all three who wish to accomplish a one world government. Hillary is also a member of these groups along with her husband Bill. Prove to Gruber that "The voters are not stupid" as he so arrogantly believes. We need a Libertarian president to step in and get the votes. It's our only hope.

The United Nations (U.N) was specifically designed to accomplish this malevolent agenda. The U.N. was suppose to eliminate wars and bring about peace to the world, but it couldn't be further from the truth. We have established strategic positions around Iran over the past few decades using "Terrorism" and "Freedom" as a way to get everyone on board with their tyranny in the Middle East. 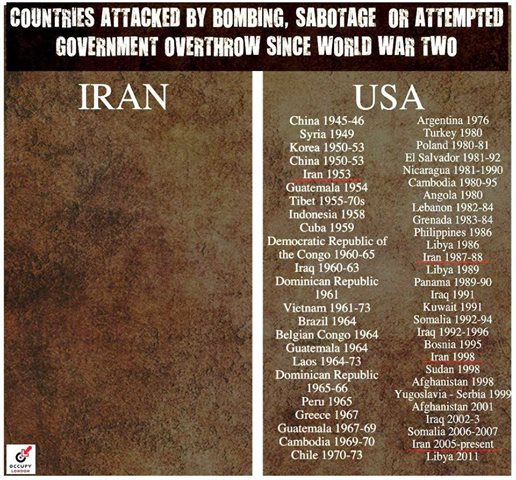 Notice Libya isn't on that list anymore. After the CIA went in and started a Arab Spring to assassinate Qaddafi. First thing they did was replace his banks that were full of a rare African gold, and turned them into Rothschild banks. Never spent a dime on rebuilding Libya either. The bricks still lay on the ground as they were after the conflict. 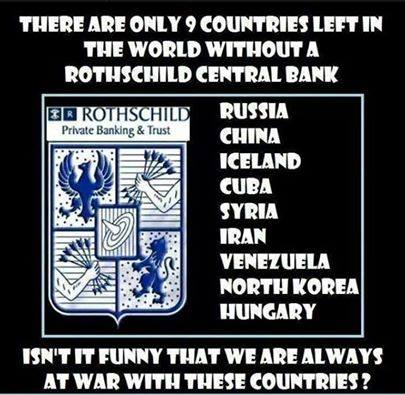 Although I don't own a gun I find it quite alarming that the government has attempted or at least considered restricting our gun rights. 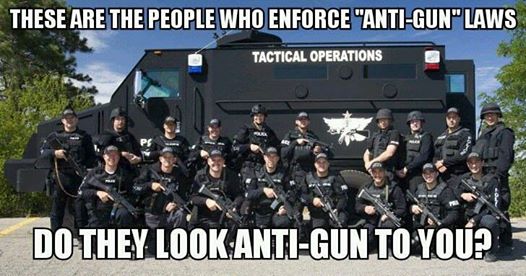 The Republican/Democrat paradigm has become all too real.

The “monopoly of a one-party system” is all too evident in the midterm elections, according to former Texas congressman Ron Paul.

George H. Bush once said "He considers Bill Clinton as a son of his". George H. Bush went around the world talking about a "New World Order"

That scared a lot of people, so they decided they needed a Democrat to take the White House, and that was none other than Bill Clinton. Then they assured W. would be next and so on.

All of these presidents have been prepped for their duty years before they take office in the White House. They are merely "actors" who take the stage and use words like "Freedom" & "Terrorism" to justify their greedy wars overseas and get everybody on board.

According to retired NATO Secretary General Wesley Clark, a memo from the Office of the US Secretary of Defense just a few weeks after 9/11 revealed plans to "attack and destroy the governments in 7 countries in five years", starting with Iraq and moving on to "Syria, Lebanon, Libya, Somalia, Sudan and Iran." In a subsequent interview, Clark argues that this strategy is fundamentally about control of the region's vast oil and gas resources.
According to former French foreign minister Roland Dumas, Britain had planned covert action in Syria as early as 2009: "I was in England two years before the violence in Syria on other business", he told French television:

"I met with top British officials, who confessed to me that they were preparing something in Syria. This was in Britain not in America. Britain was preparing gunmen to invade Syria."
Assad refused to sign a proposed agreement with Qatar that would run a pipeline from the latter's North field, contiguous with Iran's South Pars field, through Saudi Arabia, Jordan, Syria and on to Turkey, with a view to supply European markets crucially bypassing Russia. Assad's rationale was "to protect the interests of [his] Russian ally, which is Europe's top supplier of natural gas." When Putin refused, the Saudi Prince vowed military action.
The Iran-Iraq-Syria pipeline plan was a "direct slap in the face" to Qatar's plans. No wonder Saudi Prince Bandar bin Sultan, in a failed attempt to bribe Russia to switch sides, told President Vladmir Putin that "whatever regime comes after" Assad, it will be "completely" in Saudi Arabia's hands.

It would seem that contradictory self-serving Saudi and Qatari oil interests are pulling the strings of an equally self-serving oil-focused US policy in Syria, if not the wider region. It is this - the problem of establishing a pliable opposition which the US and its oil allies feel confident will play ball, pipeline-style, in a post-Assad Syria - that will determine the nature of any prospective intervention: not concern for Syrian life.

How is my age relevant?

posted on Dec, 4 2014 @ 01:46 AM
link
it's not really. I just wondered. I am anti-guns. My brother shot himself accidentally (he didn't die) a few years ago. And I have always been scared around guns. But I also think the U.S. is a big fat bully. when I was in high school I was an anarchist. now as a 29 year old I think I am more towards the moderate/liberal area. also I would welcome a scifi style NWO. also I have had a few drinks. I love everyone, Hail Satan

Awesome, well enjoy your drinks and sorry about your brother. Irresponsible gun owners are the worst. My cousin nearly killed my uncle in a rage. He belongs in prison for what he did. I don't own a gun, but support the right to bare arms 100%. 90% of murders are alcohol related, so be careful friend.

posted on Dec, 4 2014 @ 02:09 AM
link
Great post OP. This first response is interesting. An anti-gun message based on emotions and not logic. Then a good 'ol "Hail Satan". How bizarre. Willing dupe? Useful idiot? Fellow traveler? Anyway, I hope to see some good discourse on this topic.

posted on Dec, 4 2014 @ 02:29 AM
link
I also have my suspicions regarding AMAZON, where I work. They are talking about replacing workers with robots now.
www.businessinsider.com... houses-2014-12 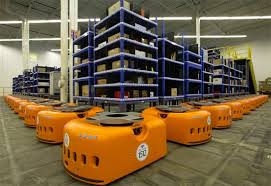 They are also fazing out Fed Ex and UPS with a future drone project.

They plan on getting into the grocery business as well. I hear all this in the meetings we have. They plan on taking out Walmart, Fed Ex, and UPS. These are their goals. They want to own all of the retail world. Like a one world business that can take care of all needs. Kind of creepy really. 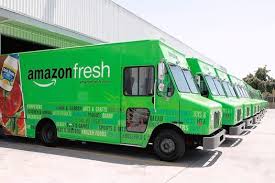 Pretty much want to eliminate all competition in every city and town. The CEO of Amazon lets guys like Bush take his yacht out when he's not on it. He's in with all the top elites of our world and is invited to their parties to discuss future NWO plans which AMAZON will be a big part of.

posted on Dec, 4 2014 @ 02:34 AM
link
Goody. Well I guess that somewhat absolves you (but not really, as we are all ultimately responsible for ourselves, whether we want to accept that or not). You knoweth not what you doeth. It's interesting you've adopted the tactic of the gun grabbers by using emotion over reason, but I suppose you are just parroting the memes of the fellow travellers and becoming the thought police yourself. Good luck with that.
I do like that photo that OP used of the gun grabbers. My question to anyone advocating citizenry gun control is "who's gonna take them? The guys with the most guns? The MONOPOLY OF VIOLENCE guys?" That usually stumps the well meaning useful idiots. Anyway, off topic, but my two cents.
On topic: yes, both sides of the dialectic are working in the interests of the NWO, all at the top are members of the CFR, which is nonpartisan. Partisan left right politics is just for us proles to fight and be divided about.
Cheers (useful) idiot!

Some interesting points but um....when have we been at war with Iceland? Or Hungary? I don't remember those wars. I don't think they're on your list of countries the U.S. has bombed either.

And Bush made the "son comments" well after Clinton left office. The way you've got it worded makes it sound as if Bush was saying that back in the 90s.

It is a really long way, you're right. These are their projections for the next 25 years.

posted on Dec, 4 2014 @ 08:00 AM
link
I agree with not voting Republican or Democrat, I just don't agree with the NWO crap. Besides, what's wrong with having a one world government? Wouldn't that make the world easier for everyone?

I applaud Iceland for arresting and holding bankers accountable, something the United States failed to do. We just rewarded them with bailouts and ignored the problem. We, as a country, may not be at war with Iceland, but the bankers were. These elite bankers want a one world banking system, so Iceland isn't out of the storm yet. Though they are a country I consider admirable for the fight they have put up.

originally posted by: Krazysh0t
I agree with not voting Republican or Democrat, I just don't agree with the NWO crap. Besides, what's wrong with having a one world government? Wouldn't that make the world easier for everyone?

Considering the people who are behind the idea of a one world government, I don't think it would make anything easier. These guys want to bankrupt everyone, then while we are waiting in breadlines, they'll come back as our "Saviors" and use their money to get us out of poverty. But, they will also expect everyone to live by their laws and accept all of their views. Basically they will be the Kings and Queens of the world. Only the 1% will enjoy a comfortable life while the rest of the world will basically be minimum wage slaves. Much like socialism where everyone is paid the same. The idea of a NWO would include WWII as well. A massive war that would kill hundreds of millions. China, NK, Russia and Iran vs The USA and our NATO allies.

originally posted by: Shamrock6
a reply to: FearYourMind

Also, when I say "taking out Walmart", these are their direct words during the meetings. Just to clarify a little.

So how is that different than what we have currently?

So how is that different than what we have currently?


We are moving into it, but have not yet felt the full affects of it. We still have our rights and freedom. WWIII has yet to happen, so it's rather peaceful at the moment in comparison to that. These are things that will start to surface between 2029-2040. We have a good 15 years left before the nightmare begins. We will be forced to live under martial law during these nuclear wars and many will die. We will be totally dependent on our government during these times and they will take advantage of that. It will be like nothing we have ever seen. Perhaps even having to survive nuclear winters.

People like you are funny. You expect some giant clamp down effect to happen where our liberties are stripped all at once. All the while you can't see that they are doing exactly that over a long period of time. Everything about the way society is currently setup and designed benefits the elite. They have no reason to tear all this down and rebuild it. Why would they want to destroy a good thing going for them by rolling the dice of chaos? These guys WANT stability. Stability creates complacency. Complacency allows things to relax. Relaxation creates corruption. It's a perfect formula that has worked for the elite since time immemorial. The fact that you can't see this and fear some "scary" one world order is hilarious. You're already living in it.

But....isn't it inevitable then? If things are so vast and wide reaching as you say, we'd never be able to elect a third party president anyway. And if somehow we managed to do so....how much do you think that president would be able to do?