(Reuters) - The University of Texas at Austin has lost about 100 brains stored in jars of formaldehyde, possibly including that of the man who killed and wounded dozens in a campus shooting spree nearly 50 years ago, school officials and media said on Tuesday.


Well , this happened. Not much i can add.

that, or People for the Ethical Treatment of Brains has struck again.

HA! I immediately thought of that movie when i read the title....

I haven't the brains for a puzzle like this!
edit on 3-12-2014 by lonesomerimbaud because: brains, must have brains!

originally posted by: ScientificRailgun
Texas University had 100 brains? That's news. I didn't figure there was a brain between the whole lot of 'em.

originally posted by: lonesomerimbaud
a reply to: Shamrock6

I haven't the brains for a puzzle like this!

my two suggestions are the only ones I can come up with lol. the only other thing I can even think of is that somebody was cleaning out a storage area and screwed up. but I mean....that's a lot of brains to just waste without checking with anybody. everybody knows you shouldn't let your brains go to waste.

originally posted by: StratosFear
Someone is going to bid on a mystery storage unit and get a very big surprise. 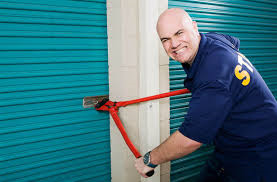 I have noticed a few of these shops have opened near me. I went into them to see what they had. Mostly crap. Some good taxidermy, some really bad taxidermy, some articulated skeletons of various small animals. All of it was way overpriced. There was 1 incomplete human skeleton. It was very old and obviously from a school. They wanted 1500$ for it. Lots of stuffed and mounted ram's heads from around the world for around $1000. Some human skulls for around $350 but they looked like crap and obviously from schools. There was an articulated human hand that looked well done. They wanted $750 for it.

There were some things preserved in jars. Pig fetuses, an octopus, a snake or two. Nothing really neat. They were like $200. So i imagine a well preserved human brain could net a tidy profit. And 100 of them? To a thief, thats a good haul.

Although the 100 missing brains could just be the text book curriculum committee.


BREAKING: Two sources at UT confirm the 100 "missing" brains were donated to UT Health Sciences in San Antonio in the early 90s @KVUE

Brains found to have been donated in the 90's