In a new study published today in PLOS ONE, a team of Swiss and German scientists report that they dotted the exterior grooves of a rocket with fragments of DNA to test the genetic material’s stability in space. Surprisingly, they discovered that some of those building blocks of life remained intact during the hostile conditions of the flight and could pass on genetic information even after exiting and reentering the atmosphere during a roughly 13-minute round trip into space.

The rocket test may fall short of representing the faster speed and higher energy of a meteor hurtling into our atmosphere, but it does suggest that even if the outside of a meteor was scorched, genetic material in certain places on the meteor could survive higher temperatures than scientists had previously realized and make it to Earth. The findings are “a stop on the way to understanding what the limits are for DNA’s survival,” says research scientist Christopher Carr of the Massachusetts Institute of Technology, who was not involved with the work but called the results “provocative.” The next steps, he says, would be to further pin down what temperature and pressure would ultimately kill DNA.

Now this, and not to long ago possible live in Europe, is disclosure coming soon?

wasn't that plankton or something?

posted on Nov, 27 2014 @ 11:36 AM
link
a reply to: Indigent
Not plankton but algal spores is one theory. One with some terrestrial evidence rather than pure speculation.


Maybe there's a combination of both the panspermia and primordial soup mechanisms going on ?

If that's the case, then it seems pretty inevitable that life will develop on just about any and every hospitable host (planet or otherwise) out there in the universe.

originally posted by: Asynchrony
a reply to: Indigent

I think we'll never know. I'm usually a pretty tough skeptic of non-mainstream science, but there might be something to panspermia.

posted on Nov, 29 2014 @ 03:17 PM
link
As life evolved on Earth so did the atmosphere change along with it. It could be that early microbial life on Earth was more radiation resistant and as the atmosphere thickened those defense mechanisms declined.

Later lifeforms evolved on Earth do not have this ability and are sensitive to radiation and space exposure. 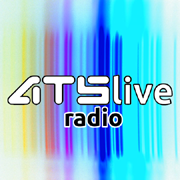