Great Minds think alike! I just found that Ewok village on the lego site, and had to order it. They were my favorite part of the star wars as a kid. I want the Mos Eisley Cantina too, for the aliens.

I finally finished the haunted mansion. I love it. So much detail. But my favorite of the monster fighters is the mad scientist. I love the lighted laser on Frankenstein!!!!

@ Homer, I absolutely love your sons video! Lego and horror. It doesn't get any better than that.

Omg those are badass!

My son is 15 months and I any wait til he can play with Legos!! IM going to have more fun than him esp with the Star Wars ones! We want to get all the Star Wars Lego sets for him or you could say it's for my husband and I lol.

I do have the big Lego like blocks for him and we have fun building with those. I made an Eiffel Tower lol.

We have Lego Land here and when my son is old enough we are so going! 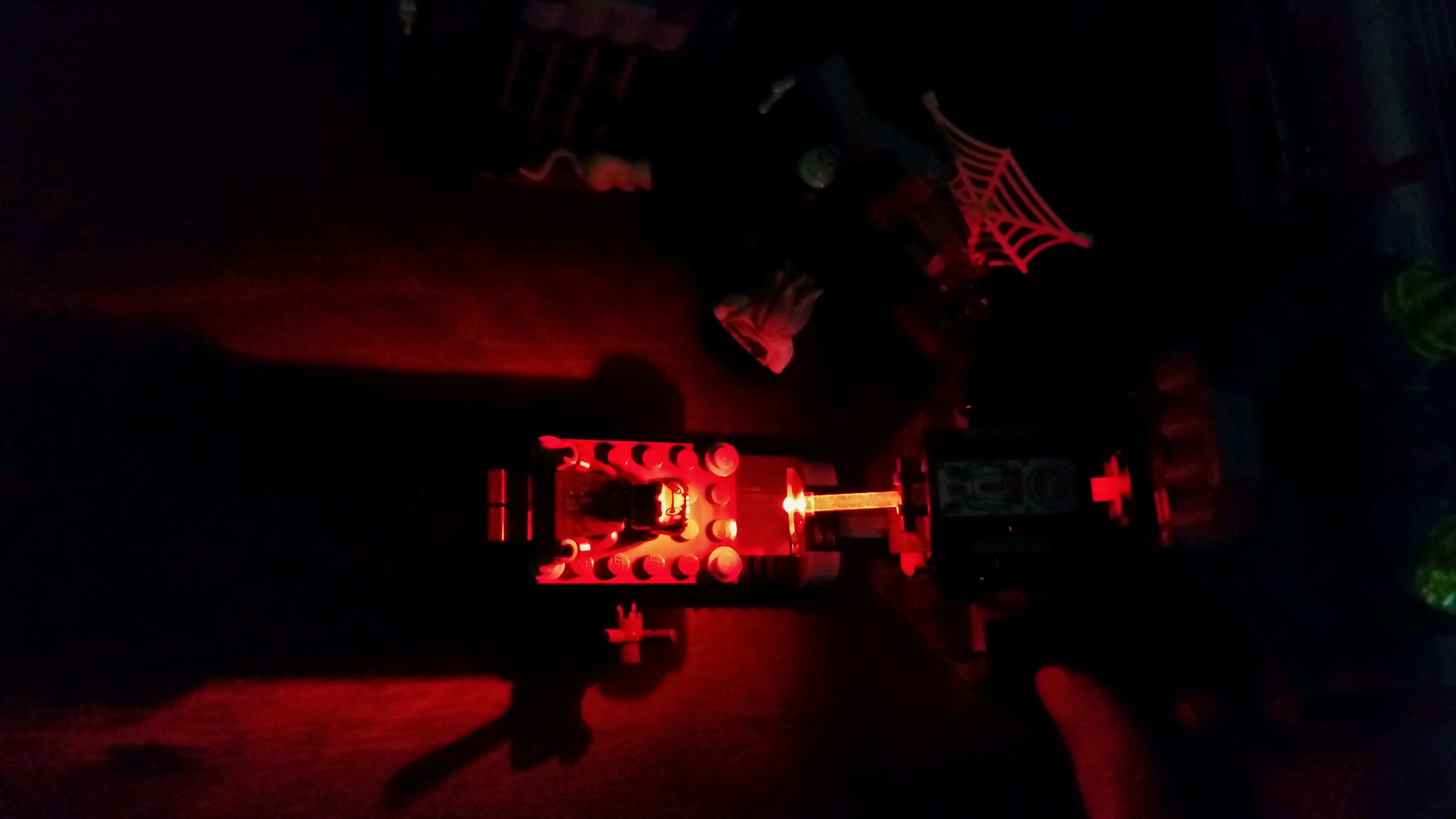 I'm eyeing the Death Star and the Super Star Destroyer .. both of those are quite spendy, so I may have to save up for a while. I'm also considering just doing smaller sets to save money for a nice telescope.

I *just* saw that the Harry Potter Diagon Alley set just arrived in town and should be arriving this afternoon. My girl is a HUGE Harry Potter fan, and I'm a Lego fan. Maybe I can get her into Lego by having her help me build this one? LOL.

I probably have 30 harry potter sets, from when they originally started coming out, because my oldest was such a fan.

I had the BEST surprise this weekend!!!!!! I went to the dreaded basement, to start sorting through the old legos we had bagged up. I have an idea for a MOC, so I had to see what we had for animals.
I knew I had a Harry potter train still in the box, and a castle. Well, I went to move them, and two more sets fell off.

One is THE GRAVEYARD DUEL!!!!!! How awesome is that? It will be perfect with the Monster fighters Halloween theme I have going on in the living room.

Sometimes in pays to be a pack rat. LOL

If you do get that death star, put up pictures when it's done. That thing looks massive, and lots of detail!!!!

posted on Oct, 20 2014 @ 12:51 PM
link
So, I thought I would try my hand at a free build.
Didn't turn out the way I had hoped, mostly because I thought I had ran out of the blocks I needed. (Found a whole lot more in my oldests, old room, afterward)

A day at the aquarium.

Wait till I show my boys..we'll probably be building an aquarium this weekend.

posted on Oct, 20 2014 @ 01:30 PM
link
a reply to: operation mindcrime
Thank you.
I wish I would have taken more pics, through the other side.
I only had so much room on the table, and it ended up being longer, so I couldn't turn it around. I think it was about two foot long.

So, lesson learned: put the table sides up BEFORE building, for more room. LOL

Funny how every project ends up bigger than planned, I've noticed that too..

I'll put up some pictures when we're done.

Running away from the zombie! 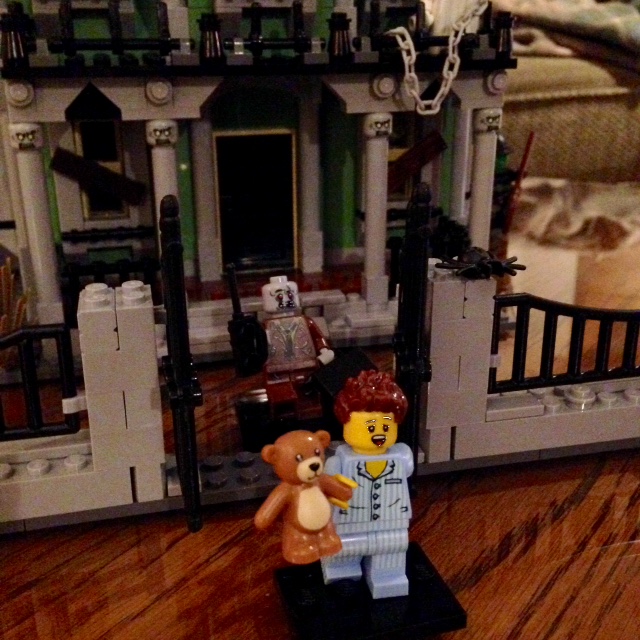 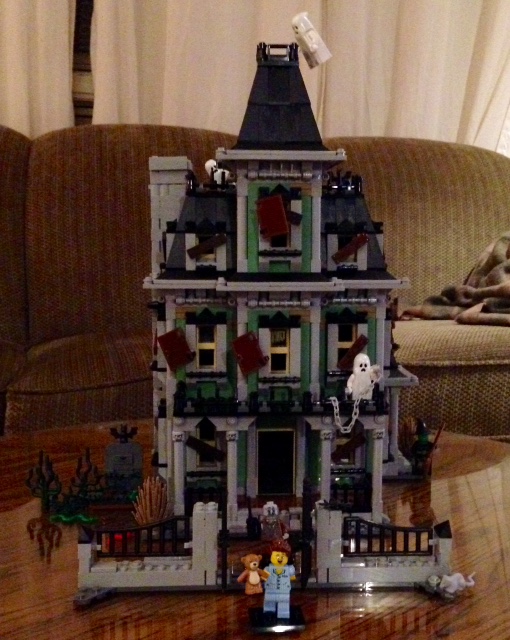 The inside is pretty detailed: 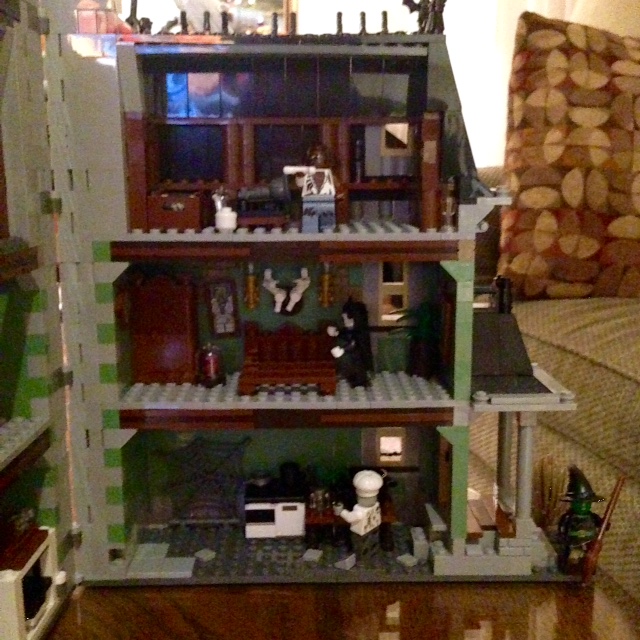 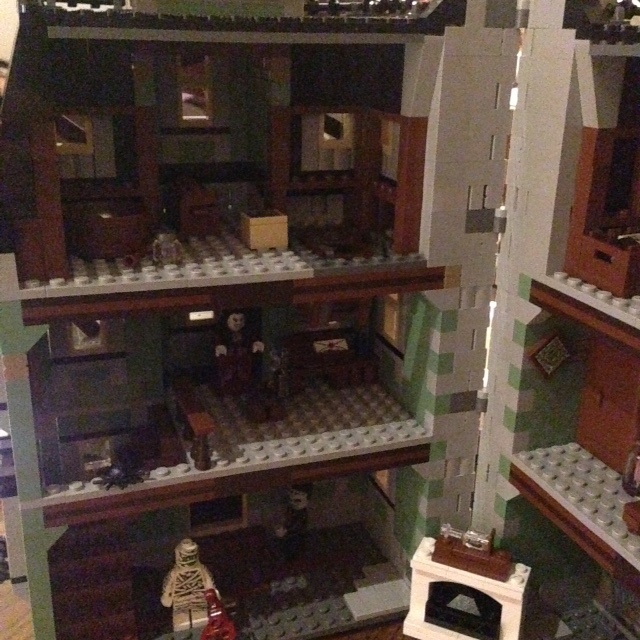 I decided that the house needed some "cleaning", so I called in a little extra help... 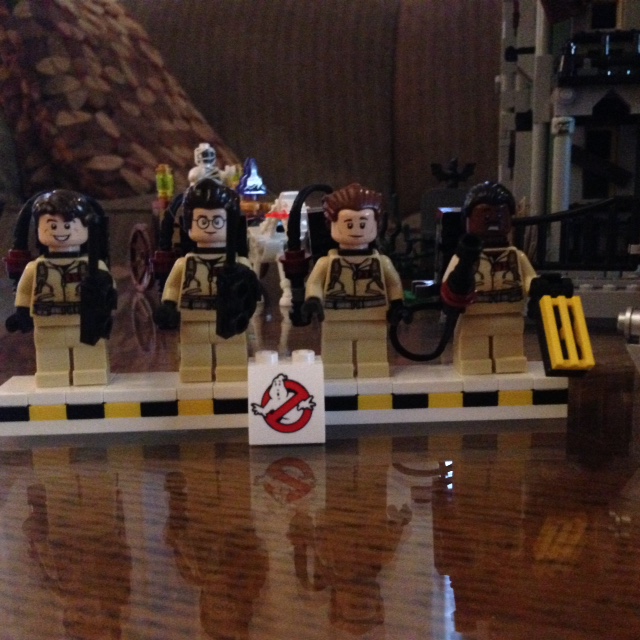 I ain't afraid of no ghost! 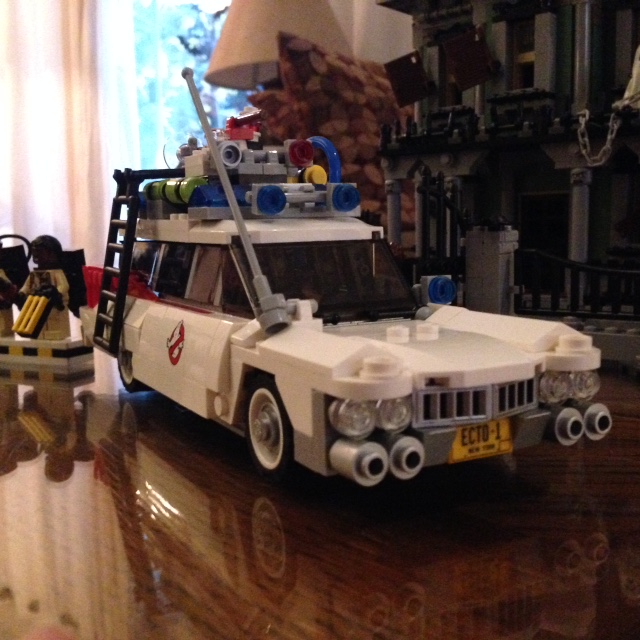 Hope your Halloween is as spooky as it is for us!

Well...I had to order some shelves for all my LEGO creations... 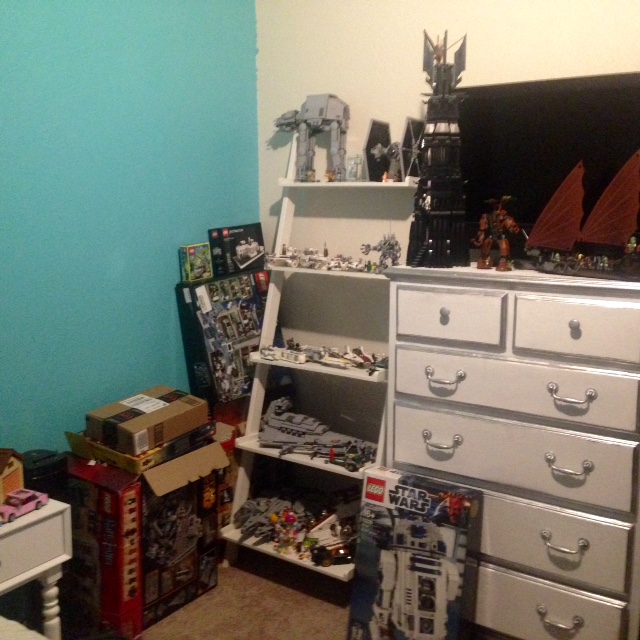 I still have the White House, UCS RD-D2, Orc Forge, Slave 1, Sphinx and some other set to do.

The Simpson house was a pretty fun build: 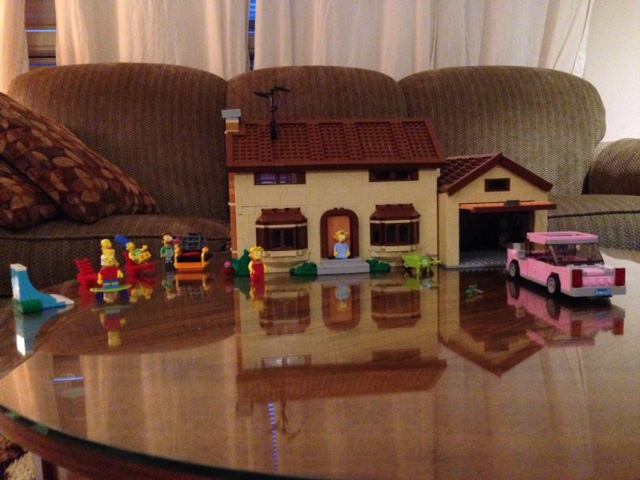 That is insane!! How much Lego you have...

The Haunted Mansion is the only thing we also have. 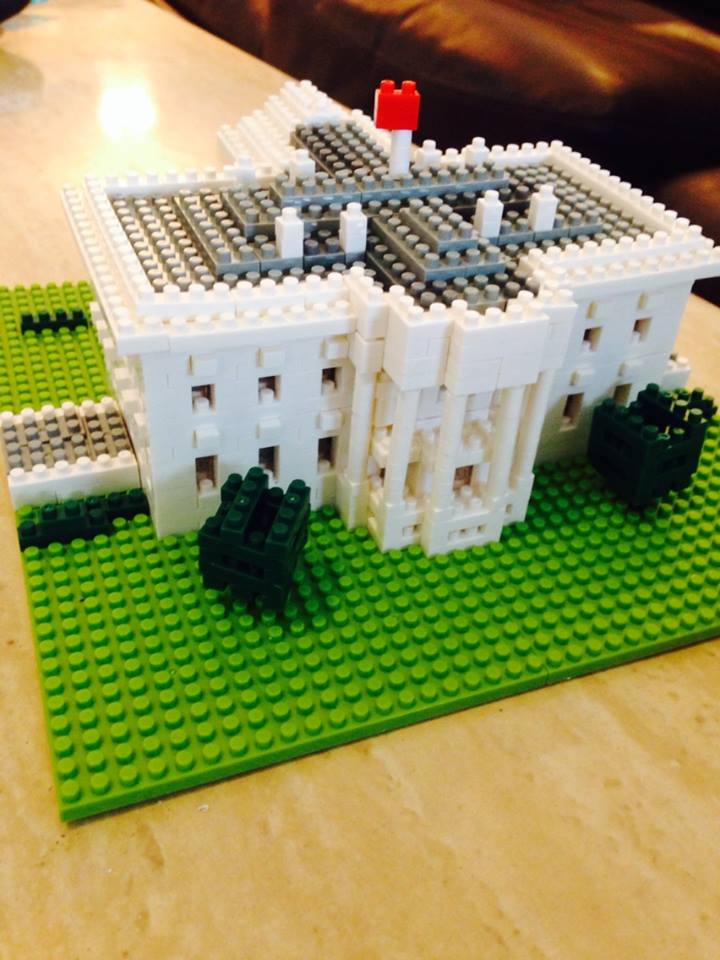 I Also have a few more sitting around on display... 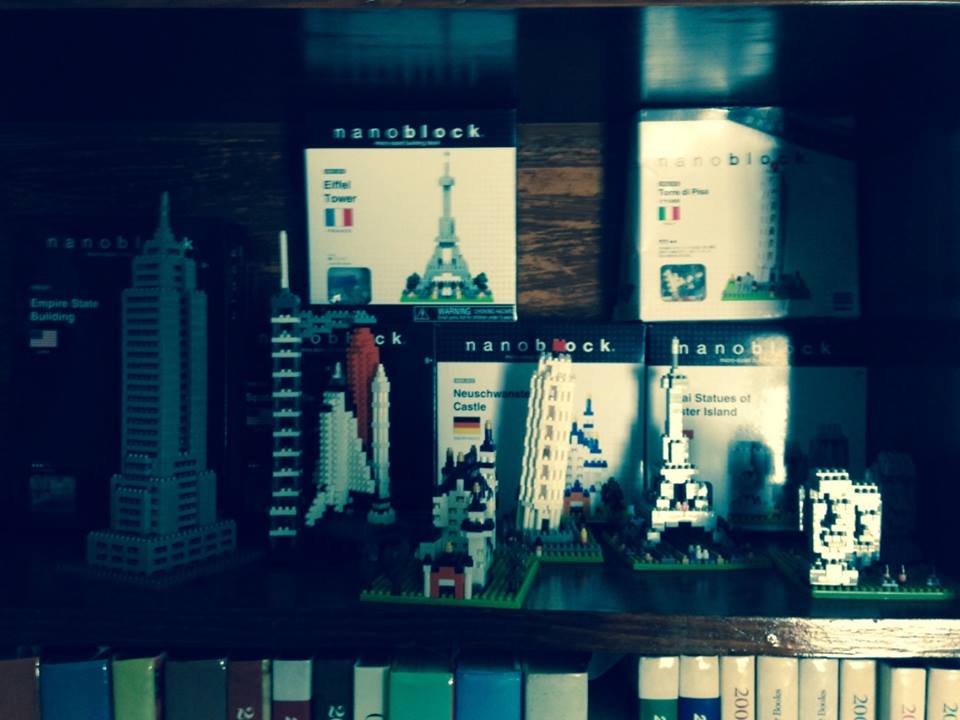 posted on Oct, 26 2014 @ 05:01 AM
link
a reply to: MystikMushroom
To be honnest I was never much into lego. Maybe because my parents never bought me lego. Some day in the early 70's my dad took me out for shopping something for my birthday and gave me three boxes of Fischer Technik. Man... if you could only know how happy and excited I was as a seven year old.

Later in life I held on to my favorite building block toy because it has sentimental valeu and could not part of it. One day my sister gave birth to a boy and I thought giving it to him when he reached an age for playing with it. And so it happened.. From time to time I asked my little nephew if he enjoyed playing with it and had the impression he was not interested. So when he was 15 years old I asked my sister to return my Fischer Technik because my brother's wife gave birth to a son. To my horror my sister told me she had trown it into the bin when she was cleaning up the attic a few years ago. Tears came into my eyes.... Later I discovered this Fischer Technik is really expensive and need to search for a store if you want to buy some more.

To give an idea about what this Fischer Technik is... You do need to understand german to see the diversity of FT

LOL, I see you bought the Accessory set. The witch, zombie and tombstone. I had to when I saw it. Not sure why the zombie needs a walkie-talkie though! Love what you did with the Mansion!

The boxes are what are becoming a pain, but thankfully I've got an closet in the basement. Hubby never looks there!

I'm hopping after Halloween, I can get the Ewok village built.

Oh man, that sucks, I'm sorry they were thrown away.

posted on Nov, 1 2014 @ 02:55 AM
link
I've got loads of pieces from various Star-Wars sets that I have mixed together, I keep them organised in different draws. Im especially into building space ships, and every so often I come up with something new.
edit on 1-11-2014 by SystemResistor because: (no reason given)

Priced too high, or I would buy it.

Not for the kiddies

Center for the performing arts