posted on Aug, 27 2014 @ 12:32 PM
link
After watching the LEGO movie, I decided I'd like to build a LEGO set. So, I went down to my local store, and picked up the "Cloud Cuokoo" set from the movie. It was pretty small, but I'm 31 and haven't built anything LEGO in years. I had so much fun building it, that now all I want to do is build more LEGOS! This past weekend I took up my largest and most ambitious project yet -- the Imperial Star Destroyer. 1,359 pieces in total! I also put together the X-Wing as well (560 pieces). 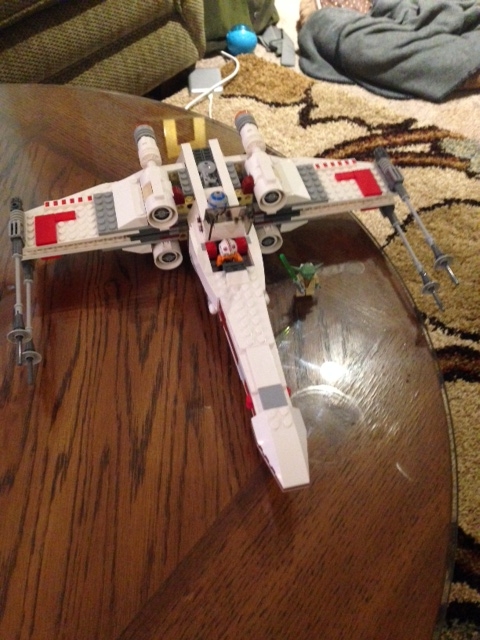 Of course Yoda had to show up... 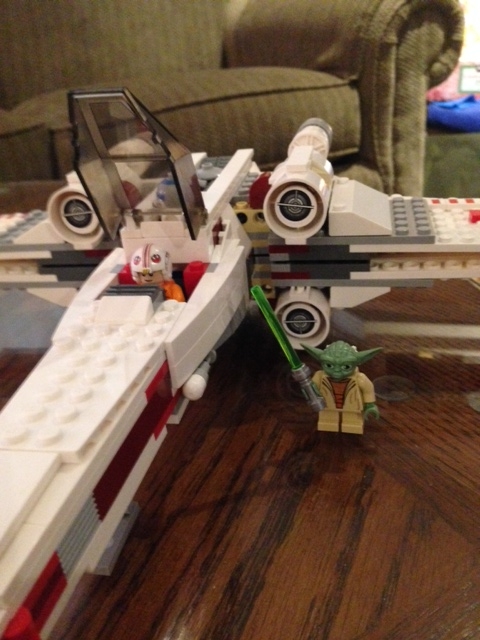 Both on my coffee table: 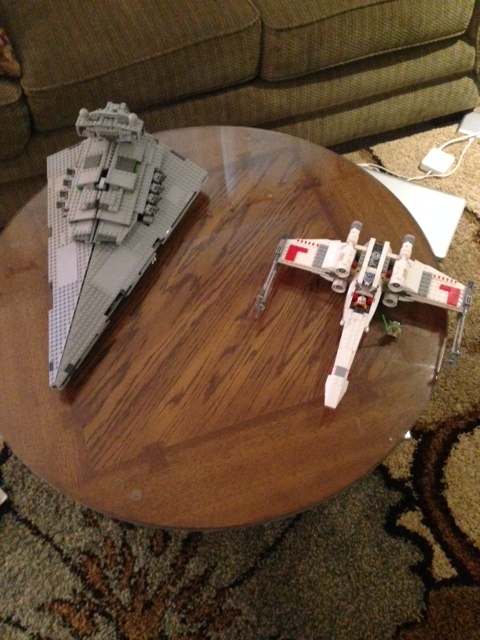 It opens up, and Darth Vader is talking to Emperor Palpatine: 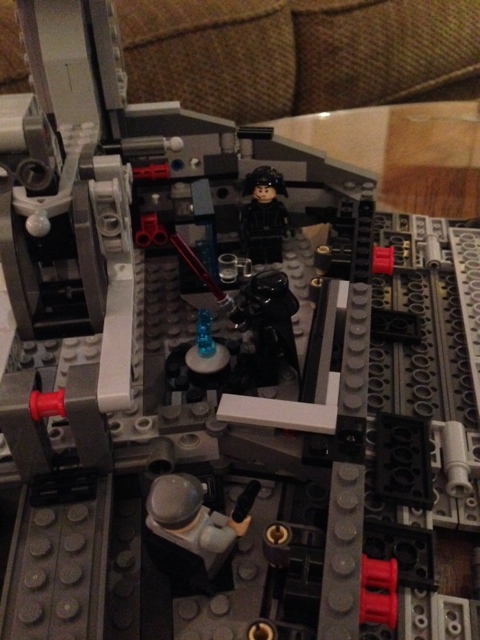 Perspective show of how it opens up: 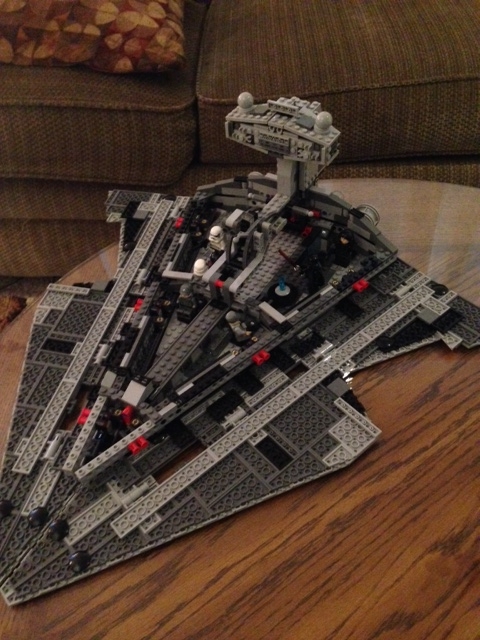 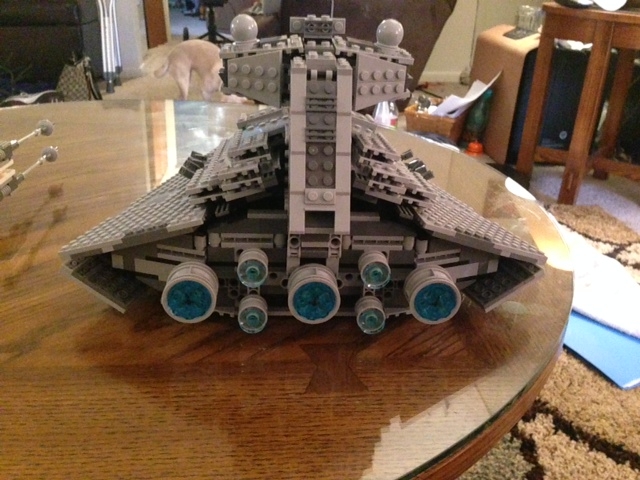 I'm going to have a 3 day weekend, and am tackling an even more ambitious project this weekend: Tower of Orthanc from Lord of the Rings. This baby has 2,539 pieces and is over 2 feet tall! Here's a link to a picture:

I've got the Ghostbuster's car Ecto-1 waiting around for Halloween, and I've also got the LEGO Haunted House on the way. I've convinced my girl that we can incorporate LEGO's in our Halloween decor this year. She loves to go all out on decorating, so I figure this will be my contribution.

Other notable builds I've done recently include the AT-AT walker, the Millennium Falcon, and Benn'ys "Spaceship, spaceship, SPACESHIP!" from the LEGO movie. All of those those were pretty big.

I just ordered a few of these guys to create my own alien abduction set!

For me, LEGO seems to be a nice way to pass the time and de-stress. I also feel accomplished at the end of a build. I'm also a perfectionist and I sort each step by color into Tupperware containers and work on a white towel. LOL. It's pretty awesome to build a LOTR set while watching the movie, or the Star Destroyer while watching Episode IV. I'm not a big fan of the newer Star Wars movies, so I don't have any of the sets from those...yet!

Anyone else into LEGO!?

When I was a child I used to build castles for my Barbies with my brother's Lego set sometimes.

Here,if you ever need inspiration, though looking at your pictures I think you don't.
The LEGO website actually has some nice games.
www.lego.com...

LEGO's are a definite treat in this house as they are quite pricey IMO, but my oldest LOVES THEM and gets the LEGO magazine and everything. We did a mini X-Wing not long ago, 92 pieces, yours puts it to shame He wants the Starfighter next.
edit on 27-8-2014 by ValentineWiggin because: (no reason given)

How was the DeLorean build? I have that on order right now...?

posted on Aug, 27 2014 @ 12:49 PM
link
i want to see that anthropomorphic eagle dressed in the american flag like some nationalism-driven Marvel character. it would look epic made out of legos. because murica.

or minas tirith. that would be awesome in LEGO format. 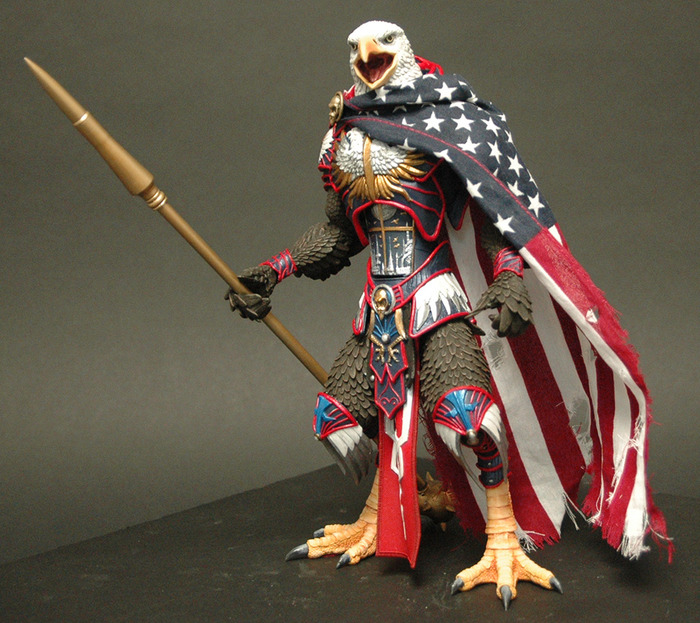 Edited to blank as I have no idea how to delete a post, mods delete I guess?
edit on 27/8/2014 by dogsounds because: Post no longer needed

Really nice stuff there, I haven't played with Lego for years.
Good job.

When I still had a real excuse, IE the boys where still young, I purchased all the early Harry Potter sets.

Most of them are still together, in the basement. I have totes of regular legos, and usually that is a winter hobby, when I just get a "craving" to build with them.

So what if "some" people think I'm crazy, or too old.
Are you ever too old, to have an imagination?
Only when your dead.

Fantastic! I have a healthy collection of the 80's pirate lego that gets frequently deployed around the floor in the spare room. The cannons fire little black blocks

LEGO is epic, totally calming and, for a modelmaker like me, a nice way to take time out from building and painting "proper" scale models.

Anyhoo, the trick with LEGO is to GET MOAR LEGO. if you like Star Wars LEGO, check our the UCS kits - they usually are available for a couple of years and are amazing.

Anyway, here's some of My LEGO builds, these are vanilla pieces with no modelmaking shenanigans: 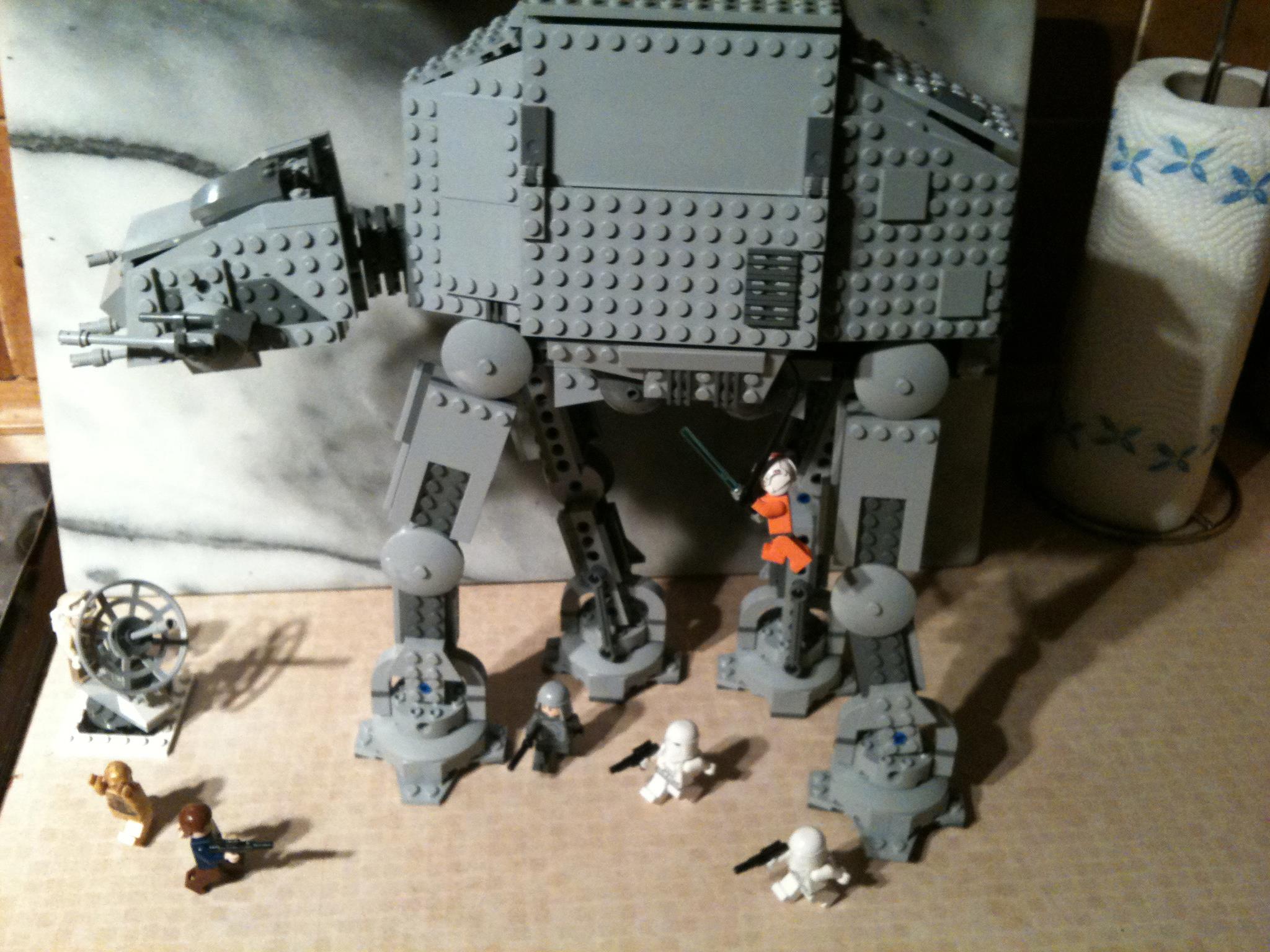 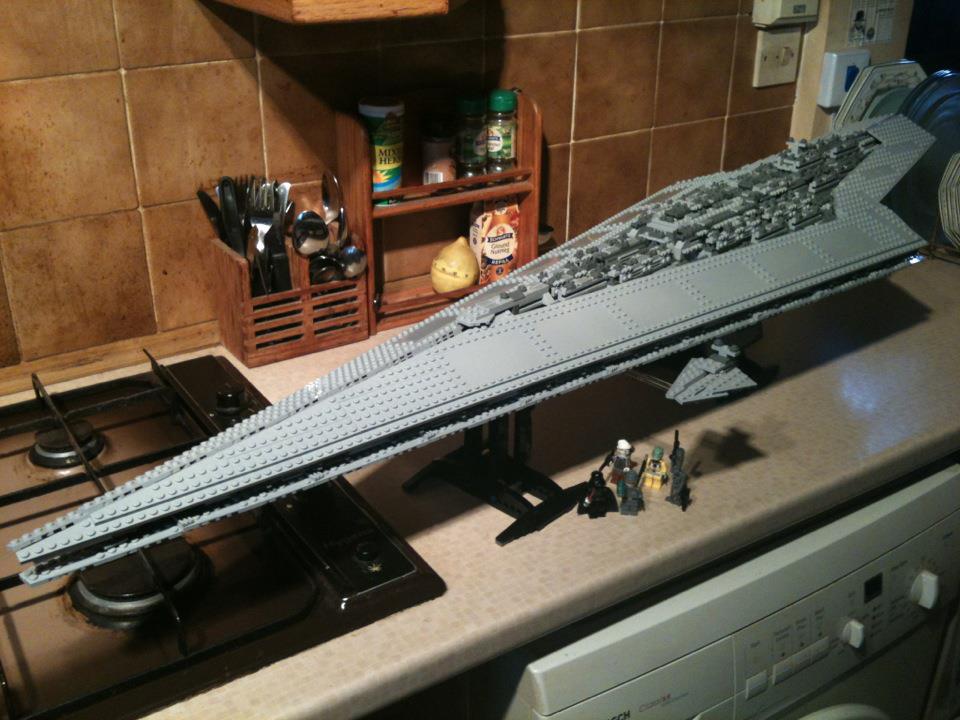 And, being a maker, I couldn't resist completely painting and weathering some of them like a real model: 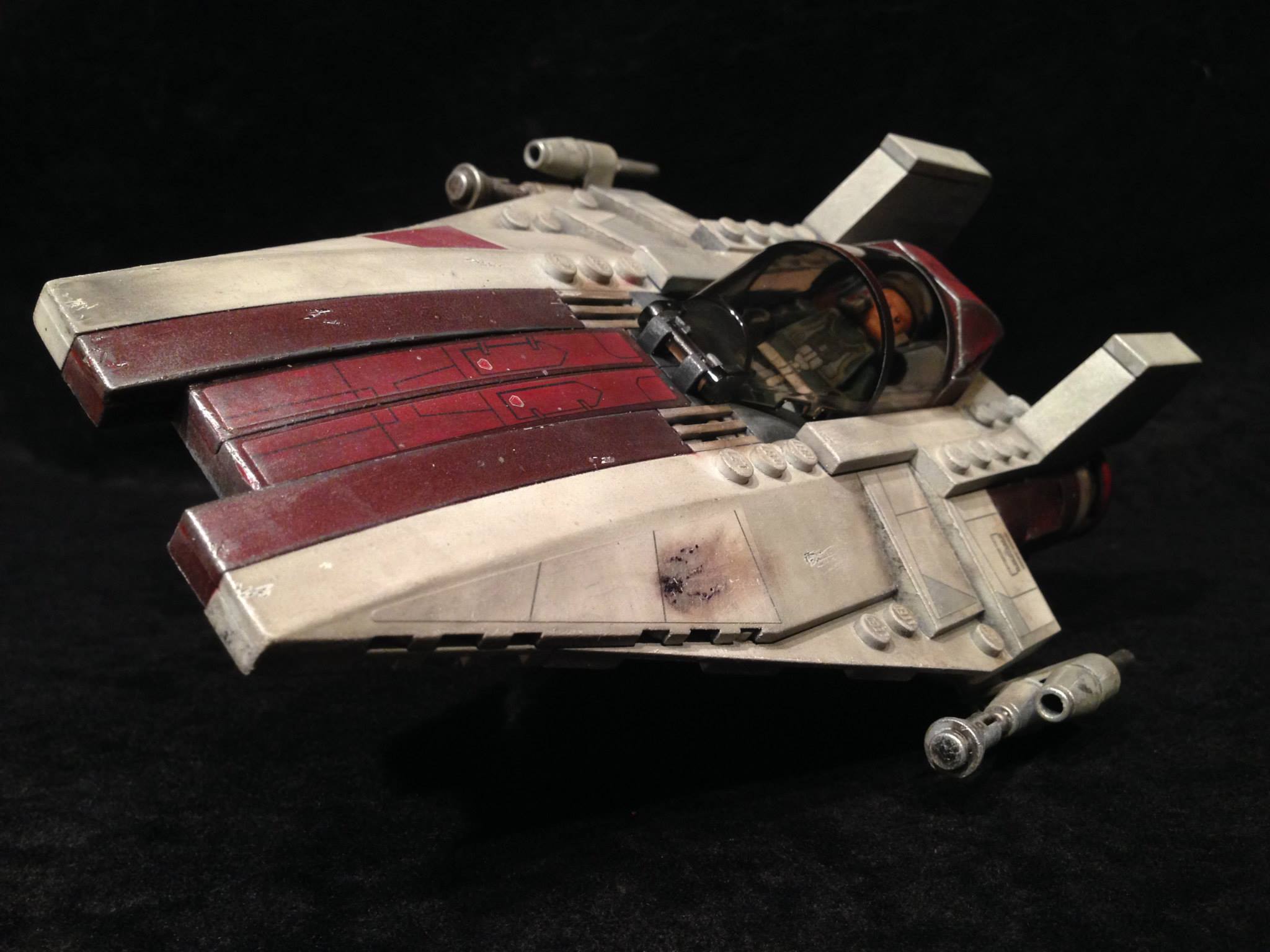 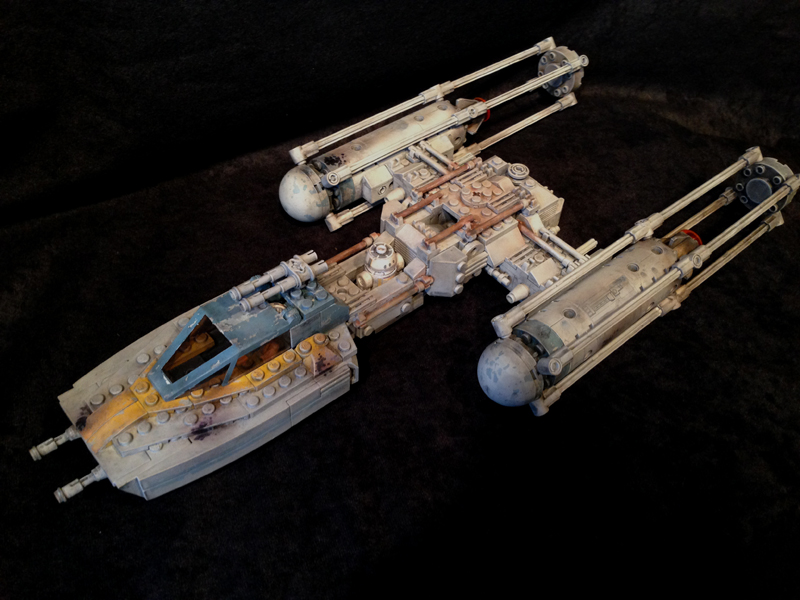 And I also couldn't resist a little bit of photoshopping: 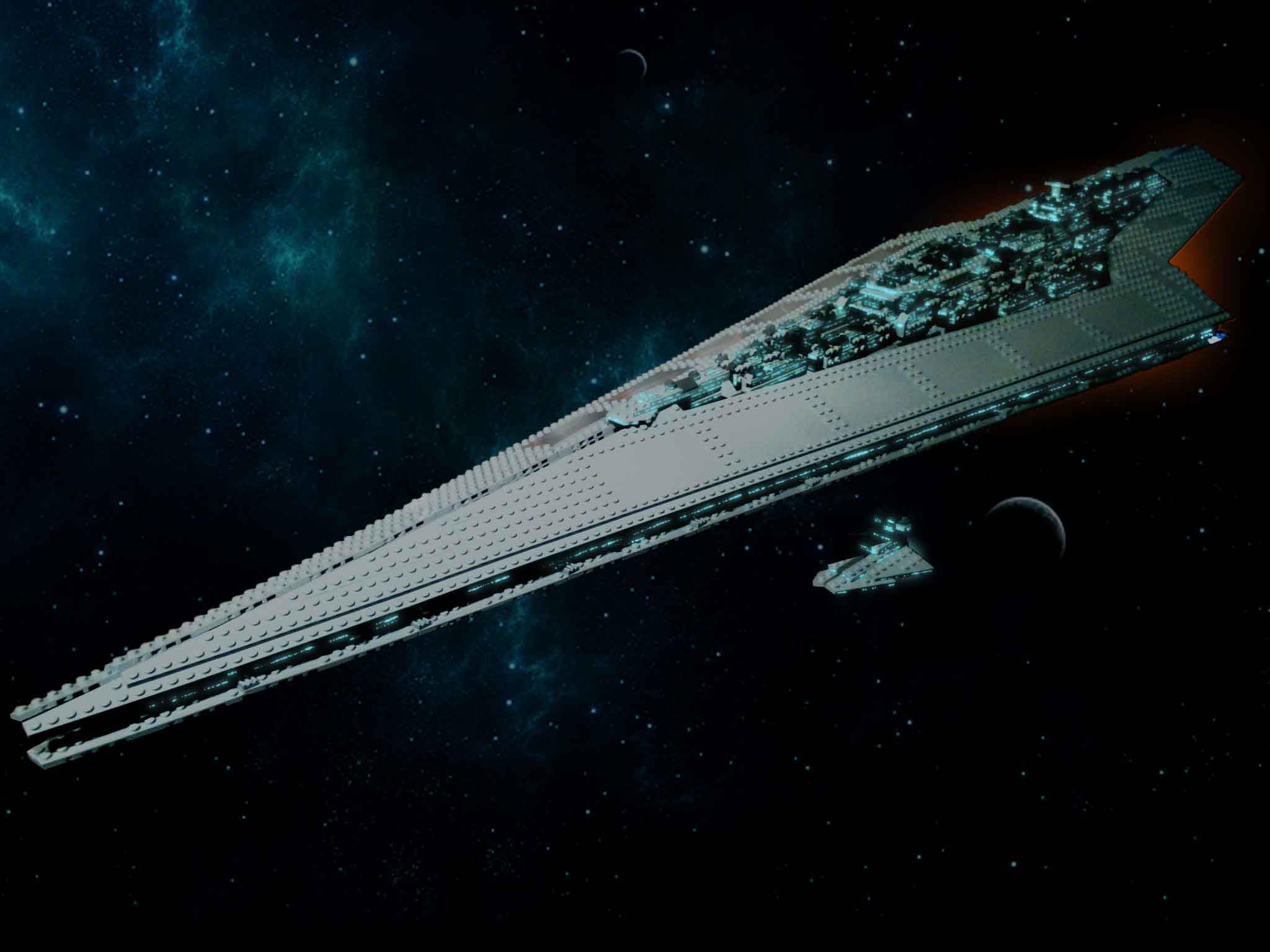 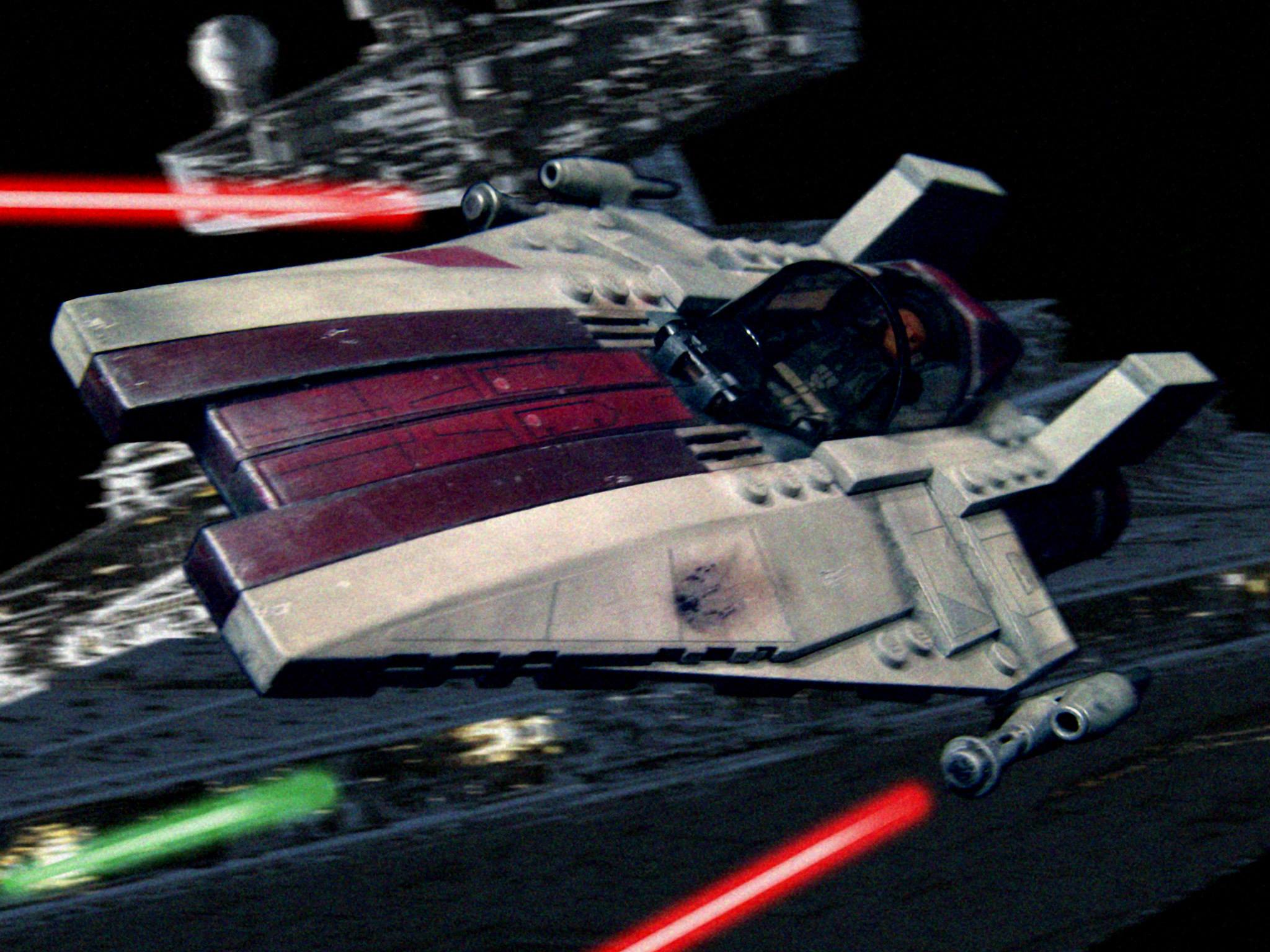 LEGO is SERIOUS FUN! Build ALL OF THEM because ALL THE REASONS.

Oh dear lord! It's been awhile since I've been on the lego site.
How do I NOT buy one of those cool sets? How do I choose?

Clearly the only answer is the Super Star Destroyer.

Adding a second line would kill the humor of the first one.

WOW! I have that same walker, and am about to get the A-Wing tomorrow. I might build that before I tackle the huge tower. I've seen some impressive builds with the Brickstuff kits.

I want to get some Christmas/winter themed sets and put together a little diorama around December, and if it lit up -- that'd be super awesome!

I wish I had the ability to paint the A-Wing like that, but I've never done any model painting before. I'd worry that I'd mess up the bricks for good

The second set I bought was the Batman/Riddler chase. It was fairly cheap, and I really only bought it for the Batman minifugure. I mean, Batman!? Have you seen the LEGO Movie? Everything is awesome!

The Batmobile it comes with is pretty neat, and the Riddler gets his own hot rod as well.

I think though, that for the money the Millennium Falcon set looks the coolest and comes with some really awesome minifigures.

Benny's Spaceship was a fun build, simply because I haven't seen/played with classic LEGO "space" since the 80's!

Clearly the only answer is the Super Star Destroyer.

Adding a second line would kill the humor of the first one.


Man, that's a huge project! I kind of like to play around with my LEGO -- so I'm not sure that one would be for me. Sometime later before X-Mas I hope to get the Death Star...

You never know if you can do something until you try, you know! Why not get yourself one of the little cheap kits like the A-WIng, and try on that?

If you've never painted before, at risk of self promotion (which I hate doing), most of my model build writeups include detailed descriptions of how I painted and weathered a model - it's the same process for painting LEGO, so you are more than welcome to browse my writeups and wholeheartedly rip off any of my techniques, or if you get stuck, drop me a PM and I'll be glad to advise

If you go to my gallery, there are links to the writeups in the individual model galleries: The Guru Gallery

Try it, and give me a shout if you need any help

It takes about 15-20 hours to build, assuming there are at lease one or two screw-ups along the way, but it is MASSIVE and certainly dominates whatever shelf it is on. It's the first thing people see when they enter my living room and they're always like "OMG!"

Also, once you have built it, you don't want to take it apart. I am always tempted to rebuild it and paint it up, but the "rebuild it" part is a real passion-killer.

It'll be discontinued soon (the Ultimate Collector's [or UCS] kits are only in print for a year or two, then they become super-expensive when out of print) so if you can get one, I recommend it.

Between my gf, her kids, and me we have all of the Monster Hunter sets except for the haunted house. Her kids even motorized the ghost train. I just finished Jabba's Palace and I need to get the Mos Eisley set to round out my Tatooine stuff.

The boy is getting the DeLorean in about two weeks as part of his birthday and a Creator series cargo plane.

I have to get two Ecto-1's...one to open, one to invest. Some of these sets appreciate in value ridiculously. I only got into it after my own son turned 4 and he could have LEGOs. He's more into the Police sets. Reminds me, i need to get him a Hulk set. Build on!!!