And yours is far from the first thread on this topic. And your points are far from unique, right down to, "either you can't see three government can goo this, or you have an agenda".

You are more than entitled to an opinion, and so am I. The fact that I'm a mod has nothing to do with anything. Yet since my opinion is different than yours, I apparently have an agenda.

No you are wrong here, it has most definitely shown to have been another aircraft without a secondary transponder , tailing the boing and then circling the area after the impact occurred.

I didn't quite say that, although I may have implied it unintentionally.

An agenda could be something as simple as " I will keep my worldview intact".

And the mod comment , what I mean is if you want to be involved in my thread , and want to engage me on the subject you will need to argue my points - otherwise you just state your opinion over and over again with no supporting evidence.

originally posted by: Eyemin
I wonder if the jet was able to avoid the airliners radar. If it wasn't able to remain undetected wouldn't the airliner have called it in. Maybe we should also look at the transcripts.

Also wasn't there some time that no investigators were allowed to the crash scene? I am certain though that the honest, misunderstood rebels wouldn't have tampered with evidence.

Airliners have a weather radar system that only look directly for 60 degrees ahead for 300 miles. It's not a 360 degree system like an AIWACS plane. Then the pilots wouldn't be able to see behind the plane, and a jet fighter coming in from the sides would just zoom into view at the last minute, then disappear again.

posted on Aug, 27 2014 @ 05:52 PM
link
I do remember hearing this plane was diverted hundreds of miles away from where it should have been

I didn't claim they said it in any press release - it is in their official report , they wouldn't draw attention to that fact in press releases, that would defeat the point and publicise the counter explanation.

Do you have a link to their report then?


No actually Russia has said nothing of the sort, in fact they have merely provided proof that a radar blip was detected breaking above 5000 meters and tailing the Boing 777 .

Well then what was this about?

The Russian military detected a Ukrainian SU-25 fighter jet gaining height towards the MH17 Boeing on the day of the catastrophe. Kiev must explain why the military jet was tracking the passenger airplane, the Russian Defense Ministry said.

A Ukraine Air Force military jet was detected gaining height, it’s distance from the Malaysian Boeing was 3 to 5km,” said the head of the Main Operations Directorate of the HQ of Russia’s military forces, Lieutenant-General Andrey Kartopolov speaking at a media conference in Moscow on Monday.

“[We] would like to get an explanation as to why the military jet was flying along a civil aviation corridor at almost the same time and at the same level as a passenger plane,” he stated.

“The SU-25 fighter jet can gain an altitude of 10km, according to its specification,” he added. “It’s equipped with air-to-air R-60 missiles that can hit a target at a distance up to 12km, up to 5km for sure.”

So in fact they did say that.


They have never made any accusations, unlike the west - Russia has only showed the facts from what I and many others can tell (I am talking about this shootdown event, I am not claiming Russia doesn't lie.

Really what facts have they shown that were close to being right?

Sorry, but both of these have been proven to be false.

Malaysia Airlines joined Liow in defending its use of the route over Ukraine, saying in a statement Friday that the flight plan had been approved by Eurocontrol, the air navigation service provider responsible for determining flight paths over Europe.

As for Putin flying over Ukraine...

Thank you for that information


No you are wrong here, it has most definitely shown to have been another aircraft without a secondary transponder , tailing the boing and then circling the area after the impact occurred.

Okay let's look at this shall we...

So Russia said it was another aircraft tailing the airliner, now which jet was that btw...an SU25 is what they said was the plane, so now this plane supposedly hung around an area that was being held by the separatists where a couple of Ukraine aircraft were shot down days before.

Now just think about it...why would a Ukranian military jet loiter in an area that was that hot with separatists and not ever engage them?

Also know that Russia was caught changing the wiki page about the SU 25.

Now why go through all that trouble if they weren't saying it was an SU 25?


Thank you for that information

There is another thread that shows pictures of the wreck with bullet holes in it. 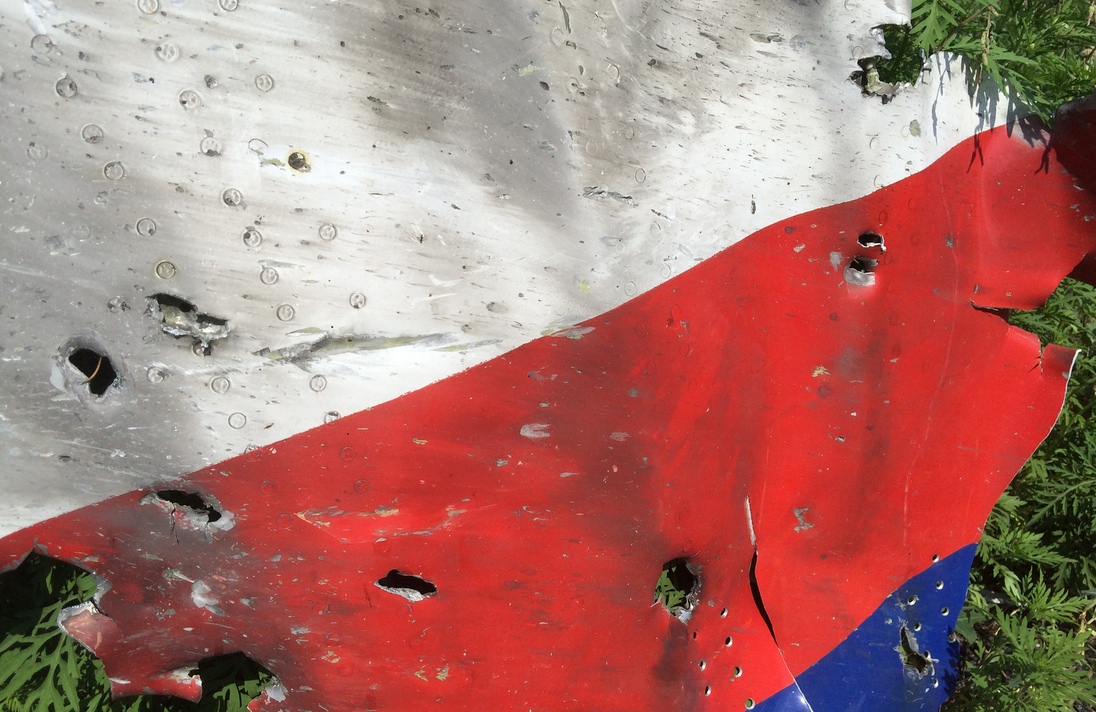 Although another theory about these holes is that they were from shrapnel.

You are wrong , Russia has not made a direct accusation - if you read your own post you will see they state that the jets are equipped with missiles that could reach that range , they did not say it attacked.

And yes I am totally aware of Russians changing the Wikipedia entry - and I don't blame them considering western sources were changing it themselves blaming Russia and the separatists before an investigation.

You have nothing to back up your argument.

Aircraft cannon is relatively short ranged - around 1.5 miles and use is performed visually...

The disturbing thing about this is that the close proximity gave the shooter a clear view and ID of the target.

It's nearly impossible to *not* recognize a large civilian passenger jet from 1.5 miles out even at night!

I believe the Russians themselves denied this claim - but they probably would either way!

It most definitely was diverted a fair amount, but from what I can gather the flight path wasn't too unusual - as other MA flights and other airlines were frequently flying over the area despite it being a war zone.


Your link only takes me to another alternative news website and all the links on that page take me to other stories within their own website. There is no actual OSCE statement that agrees with your OP.

There is a section of the story which states

but this is as far as the story go's.

Peter Haisenko who is a DC 10 pilot hypothesises that he believed that MH17 was bought down by gun fire but he is not part of the OSCE or any other inspection team at the site of the crash. He has these opinions based on pictures he found on Google. Unfortunately some people including the news source in your OP have taken his opinion as gospel. What would happen if other pilots had a different point of view to those of Peter Haisenko, would that change your opinion?

Nothing wrong with reading Alternative News websites but they should be treated in the same manner as relying on MSM sources, with scepticism and probably more so as with MSM you have a team of individuals carrying the story but with some websites you have the opinions of just one individual stating that his opinion is fact.

Again I will ask the question, where is the actual report or news source apart from the website you have used in your OP that will let me see anyone at the crash site from the OSCE stating that they believed the plane was bought down by machine gun.

You also state the report is not finished yet, if that is the case then how did the website in your OP come to the conclusions they have. To be honest they have relied on the opinion of a DC 10 pilot who saw some pictures on Google. That said, when did being a DC 10 pilot automatically give anyone the knowledge of weaponry?

IMO the pictures from your OP source and on this thread shows "Shrapnel" as I would expect a bullet would be a much cleaner entry point where as the pictures we have been shown do show different size entry points in a more sporadic spread rather than machine gun fire which IMO would have been more uniformed in nature.

If you are not able to show a source other than the website in your OP, then you really have no prove whatsoever that the OSCE has ever stated what your OP suggests.