Have you experienced thought sychronisation here on ATS?

Just throwing this out there after a discussion with a member on another thread yesterday.

In order to respect T and Cs I will not mention member names or link to threads but will give you all a couple of clues as to where you can find this information in order to conclude and share your own proper opinions here.

Whilst posting in a thread discussing an object ressembling a bone on the planet Mars it was noticed by another member (name resembles a pack of beer) that he/she and I practically posted at the same time with roughly the same opinions...

I call this up until now pure coincidence as we are 268,158 members (according to latest stats here) and at any one given time 2 or more of us may have the same opinion on a topic.

Personally this has happened to me here a couple of times but I kind of just brushed it to one side as coincidental until another member (the one who has a name that resembles something concerning a pack of beer) mentioned it... Now I am dubitating my original opinion...

So... My question is the following : Respected fellow members of ATS... has this happened to you before... here or on any other forum and if so, what are your opinions/theory?

A little food for thought :

When two people experience a deep connection, they’re informally described as being on the same wavelength. There may be neurological truth to that.

Brain scans of a speaker and listener showed their neural activity synchronizing during storytelling. The stronger their reported connection, the closer the coupling.

The experiment was the first to use fMRI, which measures blood flow changes in the brain, on two people as they talked. Different brain regions have been linked to both speaking and listening, but “the ongoing interaction between the two systems during everyday communication remains largely unknown,” wrote Princeton University neuroscientists Greg Stephens and Uri Hasson in the July 27 Proceedings of the National Academy of Sciences.

They found that speaking and listening used common rather than separate neural subsystems inside each brain. Even more striking was an overlap between the brains of speaker and listener. When post-scan interviews found that stories had resonated, scans showed a complex interplay of neural call and response, as if language were a wire between test subjects’ brains.

The findings don’t explain why any two people “click,” as synchronization is a result of that connection, not its cause. And while the brain regions involved are linked to language, their precise functions are not clear. But even if the findings are general, they support what psychologists call the “theory of interactive linguistic alignment” — a fancy way of saying that talking brings people closer by making them share a common conceptual ground.

More can be found here : www.wired.com...

Looking forward to reading your responses.

posted on Aug, 19 2014 @ 01:28 AM
link
a reply to: Rodinus
I often groups syncing together when on forums together after a while ( not just ATS ).
There has been times we started to have the same dreams- once a person said I was talking to her in a dream and showing her things. What was wierd was that she described perfectly what I look like, when she had never seen a photo of me!

posted on Aug, 19 2014 @ 01:28 AM
link
And to me, but normally I have trouble getting my own thoughts to synchronize with themselves.

About halfway down you will see where I posted 3 different pictures. Now scroll to the very next post after that one and look at that picture and the time stamp on the post.

originally posted by: DISRAELI
Why be surprised?
It's always been known that " great minds think alike".

Crickey... I am not surprised at all... I know this expression very well and sometimes use it myself.

Just broadening my mind to other options

posted on Aug, 19 2014 @ 01:43 AM
link
Something I notice, and it happens often, is that as I am reading through posts, while listening to something completely unrelated...music, a podcast...I will be reading a word at the same time it is spoken on the other channel.
This can get a little weird when it keeps happening in rapid succession.

posted on Aug, 19 2014 @ 01:49 AM
link
Numerous times actually. From comments to threads on topics posted nearly at the same time, even with a non trending but recent topic. Trending new news topics don't count! We all know how that goes followed by "Why are there so many threads on __insert topic__?!"

Dammit. Radiolab did a show that covered this and because they use vague, witty show-titles, I can't find it in the archive.

One of the students showed the exact same blood flow and patterns as one of the other participants. She arranged to meet with this 'double' and the woman failed to turn up. They'd still be independent people with their own lives, but it would have been interesting to see how the meeting turned out.


I'd guess it's the same across life? We meet people and feel that connection in that moment and find that years later it isn't there. Perhaps we can use those wordle charts as metaphors for our thinking brain? The higher the frequency of the keywords, the more we're likely to 'connect' with that person?

Hey! I was just thinking that...

As a songwriter I sometimes find several people come up with the same lyrics at around the same time. Pity when it then turns into accusations of plagiary.

Internet activity may have given us the opportunity to notice this synchronicity more. And like skunkape says, it gets a little weird when the radio speaks a word as you read it, and it keeps happening.

originally posted by: Kandinsky
a reply to: Rodinus

Dammit. Radiolab did a show that covered this and because they use vague, witty show-titles, I can't find it in the archive.

One of the students showed the exact same blood flow and patterns as one of the other participants. She arranged to meet with this 'double' and the woman failed to turn up. They'd still be independent people with their own lives, but it would have been interesting to see how the meeting turned out.


I'd guess it's the same across life? We meet people and feel that connection in that moment and find that years later it isn't there. Perhaps we can use those wordle charts as metaphors for our thinking brain? The higher the frequency of the keywords, the more we're likely to 'connect' with that person?

Your mission if you will accept it of course? is to find that darned archive... I have looked all over the place and cannot seem to find it myself?

Otherwise this mission will destruct in 5 seconds

Thanks for your input... I will endure to find that info... Unless someone else can find it beforehand???

posted on Aug, 19 2014 @ 06:07 AM
link
Thats happened to me several times too. The most memorable one was when I was posting on slashdot.org, my laptop shut down while I was composing a post. Rebooted my laptop and the very same comment had been submitted by someone else..

Rod! I didn't think you were serious when you mentioned that synchronicity would be a good topic for a thread!!
I am tripping on some of the reply's so far! Amazing in a away that there are probably a LOT more people who have experienced this...... ( Yah I know, I will hit reply and someone, maybe You? will post nearly the same thing!!! LOL!!!)
Great Thread here Man!! (High Fiving Rodinus, or giving him a High Syx?!!! LOL!!!)


I'm not sure why it's doing that to you. I can click on it, scroll down, and see all 3 pics. That is very weird.

This is the pic in question... 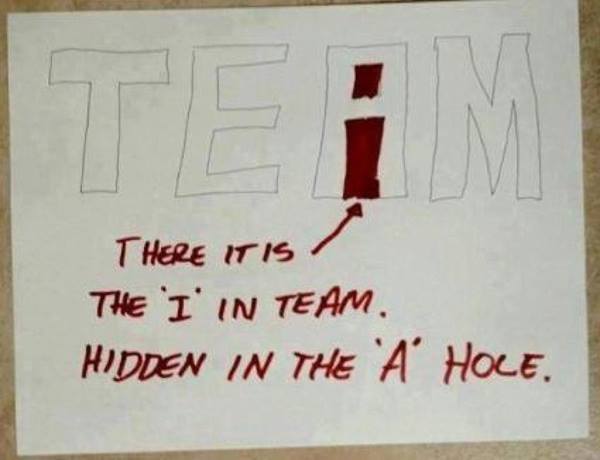 
My post is the eleventh one down if you use the link I posted above. There are 3 pictures on that post, but the next member only posted one of pictures with the same message directly underneath mine with the exact same time stamp.

HEY I FOUND IT!!!! That Is Totally Trippy!!! WOw, Backs up this thread just perfectly!!!
The first time I right clicked the link, to open it in another tab, and it was all wonky......
This time I left clicked right on the link and it worked just fine.... Very odd, eh?