Is this a pic of a sonic boom ? 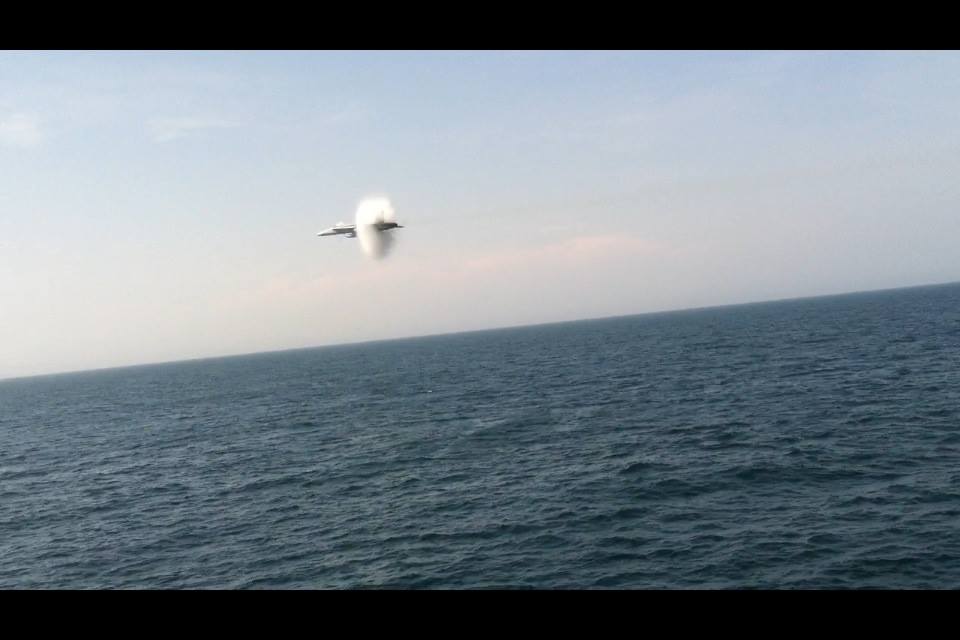 Sent to me and I can't explain.
Know the crew here will tell.
Thanks

No. Its got a really technical name, that I can never remember. Its caused by high humidity and low pressure caused by the aircraft.

I've seen it happen around P-3s, B-2s, 747s, and just about every other type out there. It's commonly mistaken to mean that the aircraft went supersonic though, but it doesn't.

The long name is Prandtl-Gauert Singularity.

posted on Jun, 13 2014 @ 01:45 PM
link
A vapor cone, also known as shock collar or shock egg, is a visible cloud of condensed water which can sometimes form around an object. A vapor cone is typically observed as an aircraft, or object, approaches transonic velocity. Atmospheric water then condenses, and thus becomes visible, as air pressure varies suddenly across shock waves associated with supersonic flow speed.

Atmospheric condensation around aircraft is also associated with low-pressure regions in subsonic flight, and can typically be observed in damp conditions; but this does not result in conical condensation clouds.

Condensation cones appear in what was described as a Prandtl-Glauert singularity.[1] In addition to making the shock waves themselves visible, water condensation can also occur in the trough between two crests of the shock waves produced by the passing of the object. However, this effect does not necessarily coincide with the acceleration of an aircraft through the speed of sound or Mach 1

A sonic boom is the sound associated with the shock waves created by an object traveling through the air faster than the speed of sound. Sonic booms generate enormous amounts of sound energy, sounding much like an explosion. The crack of a supersonic bullet passing overhead is an example of a sonic boom in miniature.

I used to love watching the heavies land at McChord AFB in rain or high humidity... the entire top of the wing surfaces looked as though they were enveloped in a heavy fog. Really neat to watch...

A sonic boom is a noise. From Scientific American:

What you are seeing is the pressure wave from this phenomenon causing condensation. This plane is in the process of going supersonic.

edit on 13-6-2014 by ScientiaFortisDefendit because: (no reason given)

It's great knowing answers are just a post away.

Nice shot of an F18 though.

That actually caused, and still causes people to think the B-2 is supersonic, therefore has some exotic propulsion system.

Watched many an F-16 engine run with moisture vortices running into that hoover of an intake... like tiny little tornados... 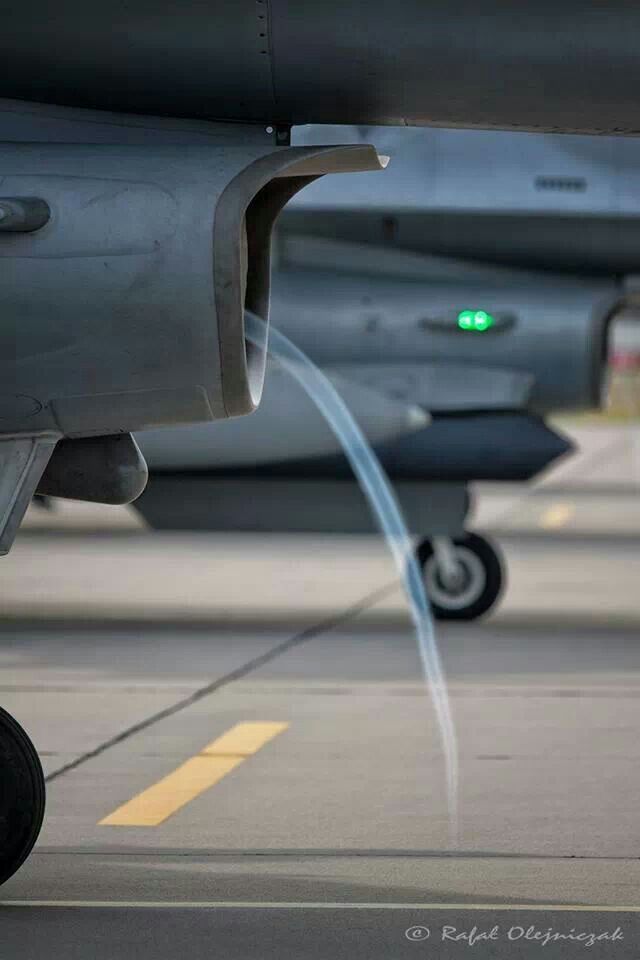 That one was always my favorite when conditions were right. Little beast though when it came to eating everything in sight, and quite a few things that weren't.

Really? So a P-3 is supersonic now?

originally posted by: madmac5150
a reply to: Zaphod58

I used to love watching the heavies land at McChord AFB in rain or high humidity... the entire top of the wing surfaces looked as though they were enveloped in a heavy fog. Really neat to watch...


Agreed, its always fun watching that little tornado. I love it when you do an engine spin after the aircraft has been idle for a while and the humidity is up a bit. The water vapor clouds that shoot out as two or three jets from the pneumatic starter can be quite spectacular, much like a smoke machine. I once watched a Styrofoam cup make a lazy entrance, propelled by the standard night time breeze across Botany Bay onto a run-bay with a 747 as we were running up on power. It made its way to the number two engine and a colleague and I knew what was about to happen and watched it pirouette then get sucked into the fan and diced into what appeared three perfectly equal longitudinal pieces. Funny how sometimes you just know its about to happen.

My favorite phenomena though is a weird cloud you sometimes see in the inlet of an engine on high power. I have seen it a few times and cant explain it. As the engine reaches power above about 80-85% and if the conditions are right, you will see a very slowly moving mist in the inlet that appears to defy both logic and the many cubic meters per second of air being pulled in. I have seen it both in the daytime and at night. It appears as a very slowly swirling mist that is best described as similar in look to a scanning laser through a smoke machine (a la, the opening scene in the movie Aliens inside Ripley's escape pod after it is found). It would appear to be some kind of strobe effect, although I cant explain how it manages to appear so still. Has anyone else here ever observed that?

Sounds like a St Elmos Fire type effect. I was on a -135 doing a power run that freaked out the ground guys because they had never seen it before.

edit on 16/6/14 by Astyanax because: I should have read the whole thread before posting.