posted on Jun, 2 2014 @ 07:04 AM
link
Adolfo Panchon, a head Catholic Jesuit, announced his resignation this week after the International Common Law Court of Justice in Brussels linked him to Ceremonies with the Ninth Circle Satanic Child Sacrifice Cult.


For the last month five judges have “examined numerous eyewitnesses and Vatican archival documentation that clearly link Pachon, Pope Francis, former Pope Ratzinger and Archbishop of Canterbury Justin Welby to the ritual rape and killing of children as recently as 2010″ according to yesterday’s bulletin from the International Tribunal into Crimes of Church and State. Last month the ITCCS began prosecuting the case before the five international judges and 27 jury members. 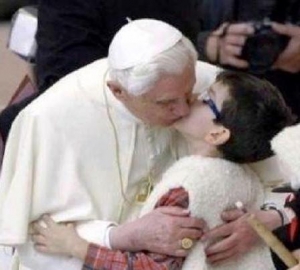 “Pope Francis’ bizarre remarks during last week’s Mid East tour that ‘Sex abuse is like a Satanic Mass’ reveals that he understands that the rape of children within his church are linked to Satanic rituals in which he himself participates” the prosecutor said from Brussels. “We consider the Pope’s remarks a tacit admission of guilt and more evidence of his involvement in this monstrous crime.”

A Catholic Jesuit Order called the “Magisterial Privilege” dated Dec. 25 1967 concerning the Black Mass has been provided to the court from Vatican archives. The document was said to show that every new Pope was required to participate in Ninth Circle Satanic Black Mass ritual sacrifices of newborn children, including drinking their blood.

“Vatican documents clearly indicate that for centuries the Jesuits had a premeditated plan to ritually murder kidnapped newborn babies and then consume their blood,” the Chief Prosecutor told the court. “The plan was born of a twisted notion to derive spiritual power from the lifeblood of the innocent, thereby assuring political stability of the Papacy in Rome. These acts are not only genocidal but systemic and institutionalized in nature. Since at least 1773, they appear to have been performed by the Roman Catholic Church, Jesuits and every Pope.”


Read more from the source link.

I had a thread up previously along these lines of how the Catholic Church has treated children dating back as early as the 1700's!
These people just don't know when to quit!!

posted on Jun, 2 2014 @ 07:12 AM
link
I don't know, the fact your source cannot even spell the name right makes me fell its not reliable its Pachon not Panchon

Also isn't the International Common Law Court of Justice in Brussels just propaganda?
edit on 2-6-2014 by Indigent because: (no reason given)

Time for another Cougar Bourbon methinks to mull this over.

So, I guess because his name is misspelled, he is innocent. Okay, that clears all this up!

Look for the international common law stuff they mention and you will see how its propaganda and not a real thing, also misspelling names is a a way to avoid lawsuits

I should point out, that whether the claims made against the accused parties in this issue are valid or not, the International Common Law Court of Justice, has no power what so ever to arrest, charge, or prosecute those it considers guilty of a crime. Since it is impossible for them to arrest suspects, because they have no legal power to do so, they cannot gain the sort of evidence required to bring a robust charge against individuals or organisations, and they have no power to enforce those decisions by imprisoning, or fining, or effecting "defendants" in their "trials", what so ever.

What is more, a judiciary process which contains no defense what so ever, cannot so be called. While I would be the first to agree that there is little to recommend the judicial process of many nations, including my own, when dealing with powerful organisations and people, a judicial process which has no power, and no legitimacy in its process, cannot be said to be an appropriate replacement or alternative to a robust legal system.

edit on 2-6-2014 by TrueBrit because: Grammar correction.

From Wonkette - ATS got dishonorable mention ...


It must be a reliable organization, seeing how frequently it’s cited at sites like AboveTopSecret and Infowars. Let’s see what the nice smartass skeptics at RationalWiki have to say about ITCCS:

The International Tribunal into Crimes of Church and State (or ITCCS) is a one-man blog that pretends to be a tribunal established to enforce common law. Despite claims of being based in Brussels, the whole thing is written in Canada by Kevin D. Annett, a defrocked United Church of Canada priest.

The ITCCS came to some notice in the social media sphere in February 2013, when Annett issued a claim that Pope Benedict XVI resigned for fear of arrest on an ITCCS warrant [See Snopes on that -- Dok Z] and the hard of thinking forwarded it around as if this actually made sense.

Previously, Annett had made his money claiming to represent the interests of native Canadians. Until they told him to damn well stop it.

ABSOLUTELY A HOAX. AND AN OLD ONE AT THAT
edit on 6/2/2014 by FlyersFan because: (no reason given)

originally posted by: Indigent
I don't know, the fact your source cannot even spell the name right makes me fell its not reliable its Pachon not Panchon

The fact that you can't even spell "Feel" makes the logic of your argument kind of ridiculous.

I don't know, the fact your source cannot even spell the name right makes me fell its not reliable its Pachon not Panchon - See more at: www.abovetopsecret.com...

There are Good Doctors and Bad Doctors

originally posted by: bally001
a reply to: sled735

Time for another Cougar Bourbon methinks to mull this over.


Please DO read the full article. It was too long to post it all. Very dark secrets Pope Francis has tried to cover up!


The May 27 ITCCS bulletin announced that the court had received new evidence from Vatican sources that detailed Pope Francis’ efforts to cover up Ninth Circle activities and “attempted to disrupt the court through covert means.”

It seems i was right, but who cares for the truth anyways
edit on 2-6-2014 by Indigent because: (no reason given)

originally posted by: sled735
Please DO read the full article.

Read the information I posted. This is an old hoax.

I had a thread up about part of this, which I posted in the OP. It is no hoax. Read the full article. This is in the courts now.

its not a real court

originally posted by: sled735
This is in the courts now.

At the heart of the "organization" is something Annett calls the International Common Law Court of Justice (ICLCJ), which is rather similar to those "common law courts" sometimes set up by freemen-on-the-land, right down to the "citizen jurors".[6][7] This court exists only on Annett's blog.
With the ITCCS, Annett attempts to mimic genuine international organisations, and is actually good enough at this to have fooled a few normal people (and a lot of raving conspiracy-prone nutters) into thinking there's anything at all to this. He produces very nicely-formatted, official-looking documents and everything.[8] However, an examination of the blog's actual content will quickly reveal that in legal terms, it's not even wrong even by pseudolaw standards. Annett has "convicted" two consecutive Popes of genocide and child trafficking, issuing "international arrest warrants" for them.[9] He has also issued a proclamation dissolving Canada.[10] And Great Britain, though that one was only on Twitter.


The source of these rumors was uncorroborated material posted to the web site of International Tribunal into Crimes of Church and State (ITCCS), which as far as we have been able to ascertain is not actually an international tribunal at all but simply a blog maintained maintained by a single person (Kevin D. Annett).

The International Tribunal into Crimes of Church and State (or ITCCS) is a one-man blog that pretends to be a tribunal established to enforce common law.[1] Despite claims of being based in Brussels, the whole thing is written in Canada by Kevin D. Annett, a defrocked[2] United Church of Canada minister.

We've seen this Annett hoax before.

Okay, well even if this isn't a real court, the message we need to look at here is what the Catholic Church is practicing, even today.
Look at the article. Are you not disgusted by this?!

I can say what i want of anyone, does that make it true?