Ancient Bowl On Mars Found By Curiosity Rover, May 2014

UPDATE I agree with the 3 stones theory suggested by ATS members below, good work


Well that's a strange shape for a rock...
another mystery picture from Mars by NASA

This object looks like a bowl. There is a crack down one side and it has some sand or dirt that has filled it part of the bottom.

Its a really cool discovery and not something that NASA would ever investigate with the Curiosity Rover. The public really has to find a way to take control of the rover away from NASA and put it into public hands. Since it was funded with public dollars...that might not be so hard to do. SCW 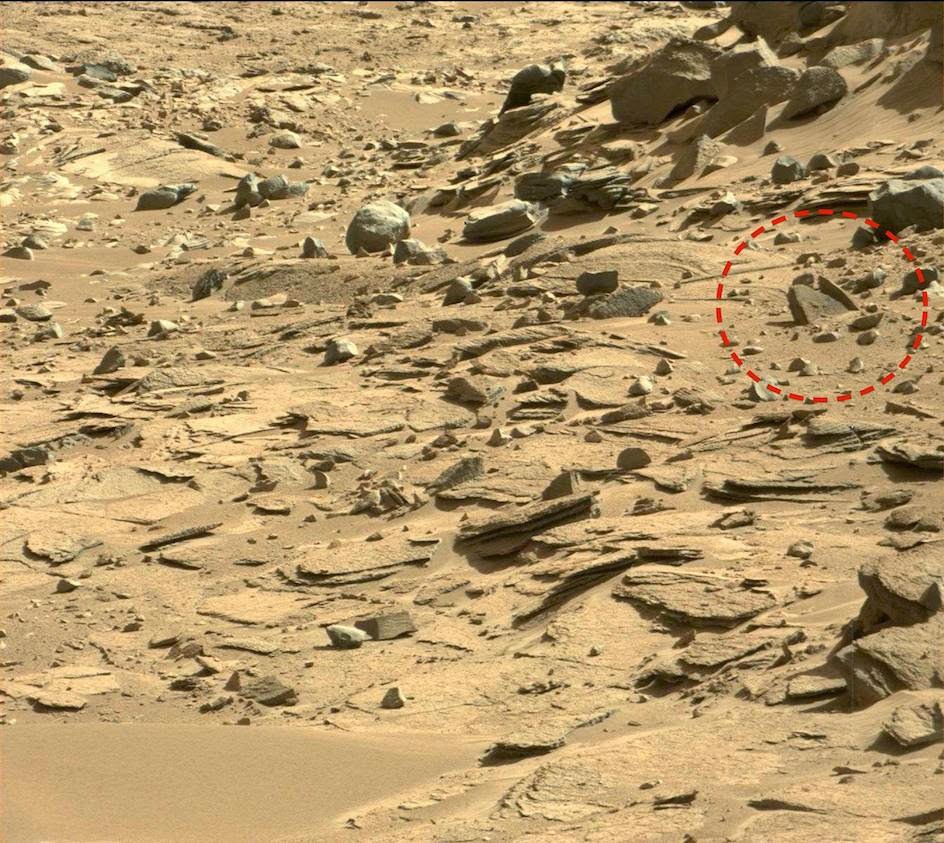 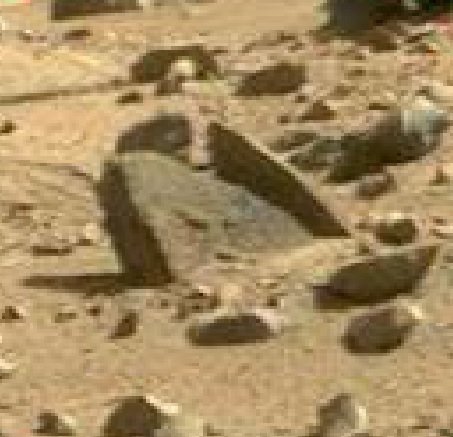 Looks to me like a flattish triangular rock with two other rocks behind creating an illusion. Should be easily seen from other photos from different angles, but I am not in a position to check now.

Seriously, leave Mars exploration to the experts. If the YouTubers were in charge, Curiosity would have travelled about half a mile and examined every rock on the way!

That's not one single rock.
Look closely and you will see it is three individual rocks close together.

It's an interesting looking rock sure, but only compared to the other rocks in the picture.

But it certainly doesn't resemble a bowl.

I think the two members above hit the nail on the head.
edit on 31-5-2014 by watchitburn because: (no reason given)

Well that's a strange shape for a rock...

But not for 3 rocks lol

It does give quite the good optical illusion though.

posted on May, 31 2014 @ 03:47 PM
link
i'm more interested in the huge whitish skull to the left of the bowl in the first image.
i'm positive it's a prehistoric marsian dinosaur.
i can't believe no one else noticed it!

Nice find. I'm sure Arken will check this out. Interesting piece of ground surrounding the odd shape.

I sometimes wonder if there are perhaps one or two Rover operators that wish they could get closer and investigate some of the more unusual shapes to perhaps put a lot of the speculation to rest.

posted on May, 31 2014 @ 03:50 PM
link
My eyes must be broken cause I don't even see the slightest resemblance to a bowl. I guess no optical illusion for me

I agree with your assesment of the 'bowl' being a flat triangular rock flanked by two other flat rocks, but not with leaving exploration to the 'experts'.

The public pays, the public get the lions share of the say.

If you pay for the car, you choose wher to drive it..the public pays for the rovers and the staff and the agency itself, it's only right they get an equal say in where it goes and what it looks at.

But yeah...optical illusion..it really does look as though this is just a rock...and i can't believe i just typed that, but there you are...sometimes they are just rocks. 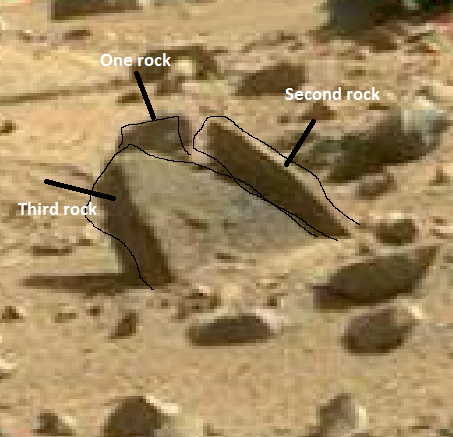 Hey you may be right with the three rocks theory.
But I don´t agree with "leaving it to the experts"
expert is not a protected title, so we can all call us that.
And with all the HD pictures coming in from outside earth, having more eyes looking at the pictures for interesting stuff is just awesome, because that´s the whole idea with exploring... finding interesting stuff

posted on May, 31 2014 @ 03:56 PM
link
It looks like a cluster of three separate rocks creating the illusion of a concave bowl.

I actually see it as the convex image, where the inside middle bottom is closer o the viewer than the raised edge.


This is very similar to the "Hollow Mask" optical illusion used to diagnose Autism and Schizophrenia.

originally posted by: gortex
As already mentioned it is 3 rocks

thank you for that gortex, i was just about to do that, kills the illusion right away.


and thank you very very much for your signature. I've never heard of metrodorus.

"We know nothing, no, not even whether we know or not"

Today people will ridicule you for your findings, and give false explanations.

Tomorrow they will stop saying "it's just a rock" and look at all the collected data( over 30 years)and tell you we're right...something did happen to Mars, and a civilization did exist there,...it's just we are so selfish as a species in thinking only we could achieve that, that it will take decades of testing and experiments, until we reach that stage.

We probably already have, just don't know about it yet.

something did happen to Mars, and a civilization did exist there,...it's just we are so selfish as a species in thinking only we could achieve that

I doubt anyone investigating Mars believes that humans are the only intelligent species in the universe. A big part of the Mars Curiosity mission is trying to discover whether the conditions for life could have existed on Mars. But broken rocks are utterly irrelevant.

I'm sure there is life out there in the universe. But seriously, what would be the odds of finding it right on the next door planet? That would be like winning the lottery two weeks running!

Today people will ridicule you for your findings, and give false explanations.

Tomorrow they will stop saying "it's just a rock" and look at all the collected data( over 30 years)and tell you we're right...something did happen to Mars, and a civilization did exist there,...it's just we are so selfish as a species in thinking only we could achieve that, that it will take decades of testing and experiments, until we reach that stage.

We probably already have, just don't know about it yet.


Funny enough most, if not all, of the posts have leaned towards being helpful. So I don't see anyone being selfish either. As for life elsewhere than Earth, I don't think there are many people left who think otherwise.