Show Proof of the Existence of ONE Alien Being

You can't argue with math, but you can argue with assumption... the foundation of the Drake equation.

Intelligence is not necessarily proportional to brain mass. Look at Elephants or Blue whales, there brains are considerably larger than ours.

Our opposable thumbs are probably what allows us to be intelligent as a species they certainly allow us to use tools.
edit on 25-4-2014 by andy06shake because: (no reason given)

posted on Apr, 25 2014 @ 07:50 AM
link
What I get out of the OP and some answers is, that there can only be two possibilities. Either there is hard evidence of alien greys or there are no aliens at all.
The only person who had it right is the one [sorry poster, I forgot your name and already started answering] that said aliens do not have to have two arms and fly in space ships. Such as fungi.

There is thought that viruses are of alien origin, who have travelled on meteors and were introduced to earth on impact.
Also recently a planet has been found that has almost the exact living conditions of Earth, including water. There is a very [incredibly] high chance that life can be found on that planet.
Which would be alien life.

What the OP probably meant was: "Show me an alien grey and a UFO and I'll believe."
I can understand that thought process.

However there is actually kind of evidence of unknown flying objects [again which does not immediately mean "of alien origin"] and there has been since the middle ages [German painting of the 'battle of Nurenberg', which was observed by everyone on town at the time and described as ships fighting in the air].
Only one debunk was attempted by one man, saying that all Germans are morons because what they saw was a Sun-dog, which IMO is just as bad as describing a silver disk as swamp gas].
These show that U.F.Os are not a new occurrence but one that is much older than our technology.

Make of that what you wish. Could it be humans who are more advanced [such as Atlanteans?] or time travellers or Aliens?
I have no idea, all I know is that there is more evidence of technologically more advanced people/creatures/beings than of god.

Here is what I consider to be all the prood we need. Zoom your browser in if you cant read it properly (ctrl +)

originally posted by: sparrowstail
The culture here at ATS is so myopic in their thinking. This argument is like a trout out swimming around. He gets caught by a fisherman. Its a weird experience for the trout who was just going after some lunch in a worm or fly. Then ripped from his watery environment brought on an alien ship, or boat in this case, and returned to join the rest of the school. He tries desperately to explain his experience, and seeing strange beings that pulled him magically from his stream bed. The other fish ridicule him about delusional thoughts and hallucinations and no proof. The caught fish holds true to his word that their are in fact fishermen out there observing and harvesting fish unbeknownst to the rest of the school. They say prove it, show me a fisherman, no proof for the troutskies. Fishermen like aliens operate outside of the fishes and our field of perceptional scope or view. Keeping empirical proof from humanity is like us child proofing our home.

Good analogy. I guess we could say that the boats observed on the surface of the water would be the UFOs. The secret fish government (lets say the whales and sharks) know about it and want to keep it secret so they eat any fish who dares to reveal the human presence. It better not be any talk of advanced technology (fishing rods, string, fake bait) or you'll get locked in a coral reef.

Yes the reason theres no proof, is because theres none.

Id love for aliens to be scouting us or whatever but, they probably arnt.

aliens is comparable to religion due to the lack of fact and evidence. Though arguably statistically, aliens are more likely..... *thats going to be a hot topic*

I've always believed Aliens are our "Gods", and though we can not prove they exist, people want to believe they are real. I'm not religious for the fact that the bible is just a story, and I couldn't see past that (To each their own). Aliens seem to be without a doubt, "out there" somewhere, by raw statistical figures. However, we are still searching for life else where in space, because there "is no proof". Any proof we as humans may have, is hidden, or we can't say it is 100% as we do not know. Such as The Great Pyramids. We will never truly know how they were built, and the purpose, despite reasonable theories.

posted on Apr, 25 2014 @ 08:39 AM
link
a reply to: AlienView
Ever see the alien autopsy video? After it first aired I was kind of hopeful it might be the long awaited proof of ET, but eventually it was shown to be a hoax. Something like that which wasn't a hoax would be interesting though.

originally posted by: draknoir2
You can't argue with math, but you can argue with assumption... the foundation of the Drake equation.

The equation is fine.

It's the fact that we can only guess at so many of the variables that's a problem.

If we take the one planet we know of with intelligent life, it's only existed for .0044% of the Earth's existence and has only been transmitting radio/TV signals into space for 0.0000022% of Earth's existence. So even on Earth, you have only a 1 in 22500 chance of finding intelligent life at any given time in Earth's history, and about a 1 in 45 million chance of finding them with radio transmitters.

People saying how easy it must be to find life elsewhere don't seem to have any idea how hard it is to find intelligent life on Earth, when you consider Earth's history instead of just the present. Of course Drake was smart enough to include such timing as one of the factors in his equation, depending on which version of his equation you use.

a reply to: Silicis n Volvo
It's suggestive but proves nothing.
We can only guess really, but most of us suspect life is probably pretty common.

My view on intelligent life however is that just as it's much more rare on Earth as described above, it's probably also much more rare elsewhere. For example, Mars may yet harbor life but the chances that life would be intelligent are pretty close to zero. 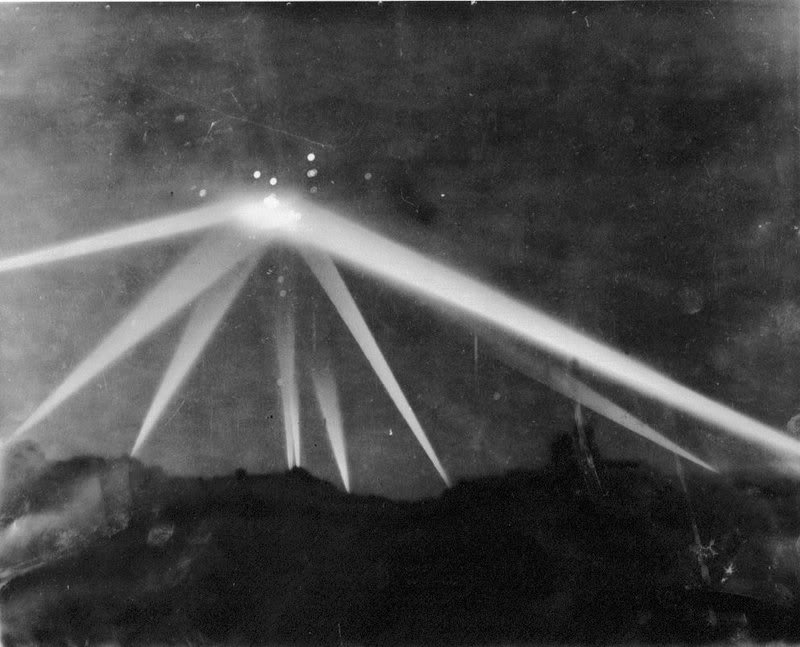 And, of course, the ever infamous ISS 1996 indicent when a UFO dodges a missle(?):


Something of intelligent design operated these craft.
edit on 4/25/2014 by anon72 because: (no reason given)

Yeah but the Drake Equation hasn't proved they exist...

Man could be considered to be Alien to this world considering we display numerous traits that no other animals seem to exhibit. They seem to be able to coexist in harmony with one another, if only we could claim the same!

Nailed it, incontrovertible proof. We must be aliens, animals get along so well. They totally never fight or eat one another.

posted on Apr, 25 2014 @ 10:23 AM
link
In my opinion the truth about alien life is being withheld from us obviously. I saw a good program on this subject on the show "Hangar 1" which is put out by MUFON. They titled the program " shadow government" about how alien life and ufo incidents are handled and dealt with by a super secret covert group somewhere within the US government/military confines. Believing in Roswell, I feel pretty optimistic the " proof " is being held somewhere. Where who knows.
edit on 25am30am5091 by data5091 because: (no reason given)

Problem us alien theorists have is that until at least one alien can be proven to exist, the debunkes will have the upper hand because if we can not prove that even one alien exists then how can we say alien phenomena reported over the history of Man has any validity? - See more at: www.abovetopsecret.com...

They have the upper hand in their own mind, that is all.

The truth is most debunkers are extremists with closed minds whose objectives is to discredit someones claims. But skepticism is of course, always welcome in this field.

There is a difference between debunkers and skeptics.

"Nailed it, incontrovertible proof. We must be aliens, animals get along so well. They totally never fight or eat one another."

Animals don't rape, pillage, pollute and destroy there own environment, then move to another location and repeat the process. They seen to get along just fine with nature in balance. Can we as a species in anyway claim the same?

could it be that everything is just circumstances and random?

did we all evolve from algae?

Well with the huge lack of defining evidence, maybe?

'logic can be used to prove almost anything'

I think Stephen Hawking will disagree with you. He's ALMOST CERTAIN intelligent alien life forms exist. You don't become ALMOST CERTAIN if there isn't any evidence to support existence.

When you say proof of existence, what do you mean exactly?

What would constitute proof? An alien showing up at a bar-b-cue?

Are you talking about the existence of Aliens or Aliens and U.F.O.'s?

How do you define proof of existence? Like proof of a parallel universe, string theory landscape, extra dimensions or Hawking radiation?

Let's keep in mind the definition of Proof.

1
a : the cogency of evidence that compels acceptance by the mind of a truth or a fact
b : the process or an instance of establishing the validity of a statement especially by derivation from other statements in accordance with principles of reasoning
2
obsolete : experience
3
: something that induces certainty or establishes validity

Proof is arriving at a logical conclusion based on the available evidence. For instance Hawking concluded theres proof that Aliens exist and it induced certainty.

So when you say proof, what do you mean exactly?

What I want to know is why doesn't the very plausible theory of there being an alien presence involved with the gov. which would explain the secrecy, which in turn, would explain the lack of concrete proof never discussed? To go along with that we have:

And why do we keep hearing about:

On top of that we have ancient sources such as:

And even more, on top of all that we have:

Now the occasional debunker/skeptic can maybe sift through all of this and nitpick certain inconsistencies, misinterpretations, lies etc. but I mean c'mon, can all of this taken into account as a whole, generally speaking, be completely falsified and fabricated? Knowing all of this, how can you NOT understand that something is going on here. I just can't seem to grasp how one (who is knowledgeable of all this) can turn a blind eye towards this and instead still ask for concrete definitive proof considering the covert measure that is in place surrounding the phenomena which I explained in the first paragraph of this post.

I know one thing....if I'm still around when official disclosure touches down, I will definitely be on the front line here at ATS saying "I TOLD YOU SO"!

Excellent posting my friend. Whatelse is there to say, demostrate?

Blown away. Star! Flag if I could.

I see you fairly new (to me anyway). Looking forward to your input. 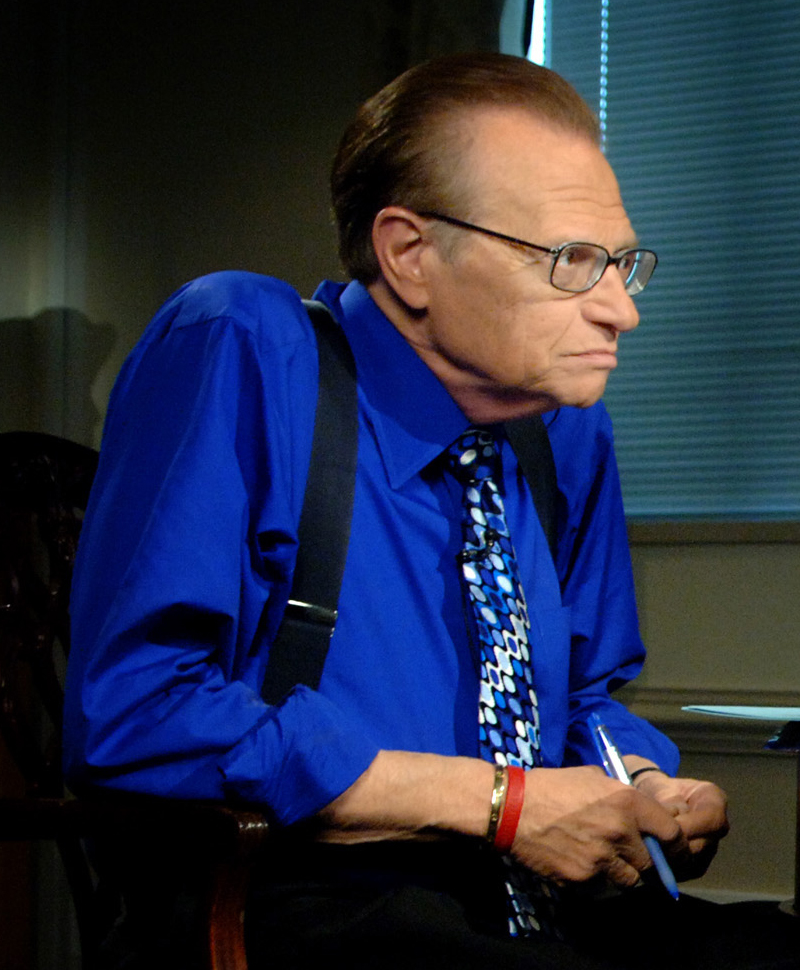