Protecting the **** Out of Your Kids

As you see students rush the field after the win, a uniformed Georgetown police officer can be seen sticking his leg out to trip a high school student. He then tries to trip another student.

Like an infant tyrant throwing a temper tantrum, this jackboot realizes he can’t stop everyone, becomes enraged, and starts picking off stragglers.

posted on Apr, 21 2014 @ 02:14 PM
link
If his sole purpose for being there was to keep things from getting out of hand,he completely failed. You don't calm down a crowd by kicking them around. Can't believe police need to be onsite for a high school game. Perhaps he was angry at recently being demoted to this post. Truly a bad judgement call on his part and his superior who sent him there. Clearly,he lacks the mentality to be the security for a group of children.

posted on Apr, 21 2014 @ 02:21 PM
link
I don't like people who are in police, because I think they have some issues from their childhood, and then we have scenes like this, or God forbid even worst. I seriously don't know how do most of the people pass that mental exams that were supposed to be done in order to join police...If you have any frustrations, go see a therapist, don't join police.

The true character of authoritarians is revealed when their authority is ridiculed.

Anger and malicious intent are common reactions. They want revenge for the mockery of their superiority.

They seem oblivious of the chance to be on camera-phones at any time, especially after a sports team wins a championship, and the stands are filled with many, many people, some of them who might be oddly enough, videotaping the celebration.

This filthy pig was tripping kids, right in full view of everyone. Did he think his orders to keep the field free of celebrators superceded all common sense and police decorum and respect for the CITIZENS who PAY his stinking salary? Did he think no one would complain? Did he think no one would see him? Whatever dumbassed excuse he comes up with, it should fall on deaf ears and he should be out, pronto. He could have seriously injured someone, and for what? Because they ran onto a field? If you look at the first person he tripped, he went limping off the field. Job well done, sir!

Ship this pig to China, where the people take matters into their own hands, en masse, when the pigs get out of control. I hope we start doing the same here, soon. I would have loved to have seen the people in the stands surround that coward, and beat the snot out of him. Maybe he'll think with his pea-brain a little more next time.

It's much worse than that. The institutionalized culture of superiority is corrupting people that go in to do a job and maybe do some good.

Of course you have the psychopaths but most people and most LEO's don't start out that way. 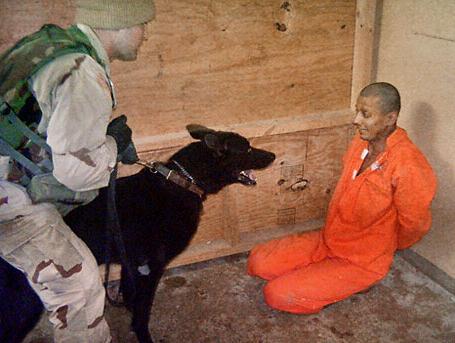 posted on Apr, 21 2014 @ 03:12 PM
link
Moderators, can you please lift the restriction on profanity for this thread? I would like to get something off my chest....

originally posted by: monkofmimir
For actions like that he's sure to get a promotion.