Sex,Money,Big Car,Illuminati, omfg.
I am speachless, what the F with all those artists using those symbols?!

But I dont see where all the "evil" symbols are? I guess many people drives around in a big car, has money and maked love with another, evil where??


What a scandal an artist using shock power to gain publicity!

I just can't believe this idiots care about anything more then themselves.
Sorry.

posted on Apr, 2 2014 @ 06:37 PM
link
Because it gets people talking about her which keeps her in the news..well done you just fell for the marketing ploy.

posted on Apr, 2 2014 @ 07:00 PM
link
Looks like something I saw in a strip bar. Woops...I mean I guess you could see something like that in a strip bar I have no recollection of ever being in one of those places......Too drunk to remember I guess.

Cynic
She reminds me of a female Justin Bieber. Both are just as vacuous and annoying.
edit on 2-4-2014 by Cynic because: (no reason given) 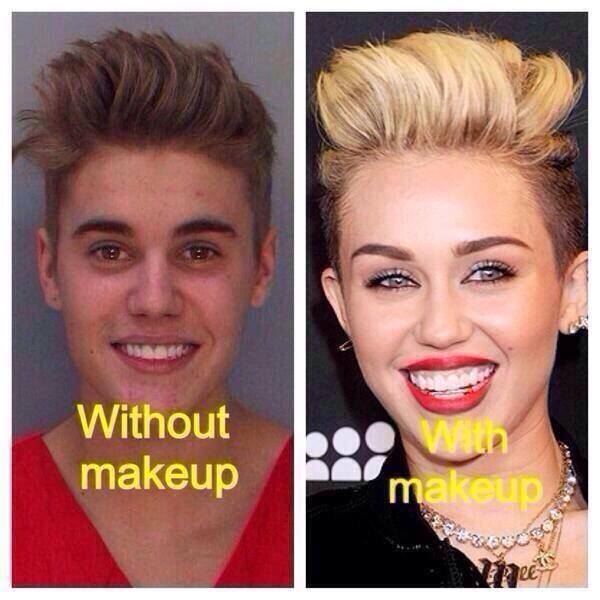 Did she just do what I think she just did?
edit on 2-4-2014 by CaptainBeno because: comment


Sex is a biological necessity, and is fun. not seeing what is evil about it.


Money buys material things..which generally is nice to have. People have a preoccupation with the chase for it overall...but in itself, it is neutral. what people do with money..thats what determines everything.


Another neutral thing. Big cars aren't as popular now with gas prices and a concern about pollution, but still considered by some to be desirable


You mean the pyramid? that's on the back of a dollar bill..and the song is about money...


omfg.
I am speachless, what the F with all those artists using those symbols?!

The symbolism is pretty straight forward and although a bit shallow..not really evil. having wealth and pleasure is sort of the dream of at least most young people...and old...
You think her albums would do well If she wore turtlenecks and sang about abstinence and charity work? Maybe if she was singing folk...but in todays pop culture (and yesterdays, day before, etc) its all about what people desire.

Now, go off and read the lyrics to Steve Miller's Take the money and run (1976).

As they say in BSG
All this has happened before, and will happen again.


Jeez, that concert is a noisy mess. And if I want to see women I don't know do that stuff there are local strip clubs, or so I've been told.

To think this was only about four years ago (still my favorite of hers) - and it's restricted here because of the stupid ads that many youtube's have nowadays. Still worth tracking it to its source if you haven't seen it:


the ongoing trend of transhumanism, merging the sexes
..pretty, ain't it?


the ongoing trend of transhumanism, merging the sexes
..pretty, ain't it?

Crowley meadows, hahaha, didn't notice that when I posted it but saw the front of the vid and caught it. I could have picked a thousand different names, but this one came along for the ride from another site, where it started out as a pun.

bet if someone watches her hoedown-throwdown with an eye for symbols there will be more of them. I haven't done that, please have a look though and let us know. Maybe Miley has been into playing with symbols long before she decided to disrobe.