posted on Apr, 27 2018 @ 04:49 PM
link
So while I don't watch the NFL these days, I am still a big college football fan and follower, so the NFL draft definitely holds my interest. Will the Browns ever stop being the Browns? I know Baker Mayfield had a great NCAA season, but he is absolutely not the guy I expected to be the first player chosen, at least not from a team which has had QB draft prospects and reaches bite them square in the ass every season over the past 18 years. If they were going to do that, why in the hell didn't they save themselves a lot of money and potentially get an extra 1st round pick next season or even the next 2 seasons by trading the #1 pick and signing A.J. McCarron (all of Mayfield's upside with none of the downsides) for what would likely be close to a veteran minimum contract? Then they double down on their draft day poor choices, passing on Chubb, Derwin James, Minkah Fitzpatrick, and Quenton Nelson to pick up Denzel Ward (hometown boy) in a massive reach of a pick PLUS the added disaster that usually comes from a pro team taking a local stud who played his high school and college career within a 50 mile radius of each other. I don't get it. Why do the Browns even still have fans?

Giants nabbed the guy who should have been #1 overall, and then the Jets grabbed the best QB with the second best being found by the Bills at #7. Denver's pick of Chubb at #5 was a good call by Elway, taking the best player available and placing him on what will likely be the most brutal front 7 defense in football. I have no idea what Jon Gruden was thinking in Oakland, but it looks like the Raiders recent flirtation with draft sanity and not reaching deep into the bag for their first round pick has ended. Granted this is not a good OT draft, but my goodness, leaving Will Hernandez and Isiaih Wynn on the board to take Miller was not a good use of the pick. Worse, Miller's height will not serve the somewhat on the short side Dereck Carr very well.

FINALLY my Giants have a real running back. It's been ages!!

Watching the second round myself right now. I am wondering how the Browns are going to be able to afford this team they are putting together.
No, I would not have picked Mayfield first. That guy is too full of himself. An ego like that makes for a poor leader.

I'm a Penn State fan, and was seriously trembling at the thought of Barkley going to the Browns. Such great talent I didn't want to see wasted and withered away in that bottomless pit.

...my Steelers did worse Imo though...

posted on Apr, 27 2018 @ 08:27 PM
link
My Jets finally made a good first round pick. I laughed so hard when Cleveland took Mayfield because I knew the giants didn't want Darnold. Pats fans, look out in 2-3 years.

If you did, would you feel more comfortable patronizing games (i.e. DirecTV Sunday Ticket or season tickets or the real wallet-killer, catching games at a local watering hole) and purchasing merchandise, given they just played Lee Greenwood's "God Bless the U.S.A.", with on-stage singing participants, during a draft pick; earlier they (the NFL) had Bob Lilly and the family of a fallen hero announce "America's Team" pick at #50.

Did the NFL score any brownie points with you, or are you not impressed with overt patriotism, or neither (I actually believe there aren't two sides to EVERYTHING...just for context)?

ETA: Sign McCarron for a vet (close to) minimum? LOL. Ok, so maybe your lack of following NFL football has more to do with your dearth of knowledge, as opposed to 'protests'.
edit on 27-4-2018 by BeefNoMeat because: there's not a world in which AJ McCarron would ever sign for a vet (close to) min -- myriad reasons (CBA being the most important) why
edit on 27-4-2018 by BeefNoMeat because: (no reason given)

posted on Apr, 28 2018 @ 09:13 AM
link
Thanks for the thread Burd. I was going to make one "NFL Draft Complaining thread" because everyone has something to complain about with every draft but you beat me to it.

First off kudos to the fans. They booed Goodell every chance they could on day 1. That's another Let the bastard and the world know what we think of him. 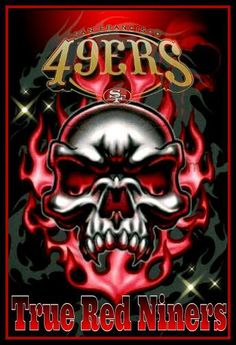 I was pleased on day 1. McGlinchey is a solid pick. He was the 2nd best OL on the board. Spending a $100 mkl on Jimmy G you want to protect him. Mayock says he's a bull in the running game but not so much on the pass. That can be learned. HUGE guy. Shanahan will work that out.

My beef comes with the order of their picks on day 2.

WR Pettis with their 2nd pick? WTF? He may be the second coming of Brian Mitchel but a receiver is not what they needed at this spot. Their corp isn't stellar but it's solid. What was needed was a DB. Josh Jackson was still on the board. He's compared to Richard Sherman. Wouldn't 2 Sherman's in the back field have been awesome? With the very next pick who do the Packers choose? JJ. You're welcome Pack.

Side note: This pick makes sense if they are planning to sign Reid back off of the free agent market.

The next pick made little sense as well. Everyone is going on about Reuben Foster's legal problems revolving around a domestic violence accusation. This week however the woman recanted saying he was trying to break up a fight between her and another woman...with video. So picking a LB(Fred Warner) here wasn't essential. HERE'S where yo pick up your receiver. Pettis would probably still been on the board.

My complaining stops there. DB Tarvarious Moore is a solid pick. BIG DB at 6' 2" and 190lbs. A tall DB is needed these days with huge receivers being everywhere. Still wish we had gotten Jackson though.

So overall not bad. Could have been better but I can and will have to live with it. I looked at the schedule when it came out and figured the Niners should have at least a 9-7 season. I see no reason to change that.

So they answer to the next question is "yes".

Jackson is going to look good in green and gold........ I was pretty pumped when he was still there!!