Neo-Nazi's and White Nationalists love Trump though. Clearly he's doing something right in their minds.... The OP could have more succinctly posited the question "Should the US be more like Nazi Germany" though the directness would have shut down discussion since there are few Conservatives/Republicans here on ATS that would openly support that (though many do like portions of that government).

Communists and other leftists radicals like Farrakhan loved Obama and the democrats.

When will people like you and the OP start to understand that claiming people that dont think like you are akin to racist or nazis is a losing strategy, and not helpful?

But I'm not, that is you projecting. I am saying that there are in fact Conservatives/Republicans that like more governmental control of the media for example (re: Fake News as Trump puts it) among other things.

posted on Jan, 31 2018 @ 09:14 AM
link
a reply to: dfnj2015 The truth of the matter is that it doesn't really matter what type of government we have, it will always end up corrupted and distorted. The problem is not democrats or republicans or nazis or any other ideology. The problem is us. The problem is humanity.

The same scenario repeats itself over and over. We have a failing ideology(government) that is falling apart due to corruption. It has become corrupt, primarily because sociopaths are in ruling positions and are interested in benefiting themselves. Actually, we are all that way, to some degree but sociopaths are more extreme and better liars, thus they are voted or manipulate their way into power.

The masses become unhappy and we have a revolution and place a new, better governing body in place and after a while we have a repeat.

Humans have a psychic sickness, some say it's a sort of spiritual virus. Some say that long ago our DNA was manipulated. I am not sure what the cause is, what I do know is that as long as we maintain this level of consciousness we will get more of the same. Sometimes the corruption happens faster, sometimes it takes a while, but up to this point it has always happened.

And it's warm there. They should go.

My children's mother is a democrat. That's why.

Does it? I love purple hair.
And skinny jeans.

The answer is no.

Party politics have nothing to do with checks and balances. The checks and balances systrm is deaigned to keep each government branch from becomming too powerful and corrupt. It is designed to limit government powers thereby forcing a smaller government role. There were no democrats and republicans at the inception of our government. There were federalists and anti-federalists. Ultimately, the government system empowered by the constitution was a sort of middle ground between the two platforms. We created a centralized government to appease the federalists, and we limited its scope and power with emphasis on state rights to appease the anti-federalists (Democratic-Republicans).

While the Democrats and Republicans have dominated for most of American history other parties have won the presidency such as the whig party and the national union party.

Democrats could stay or go. Some party would fill the gap.

What we need is an emporer with complete power. He must be wise and just and good hearted.

Well, if you think you've got it in you to light the astonomicon atop the golden throne, then I'd vote for ya!

too late. its already me. cant you see me shining very bright 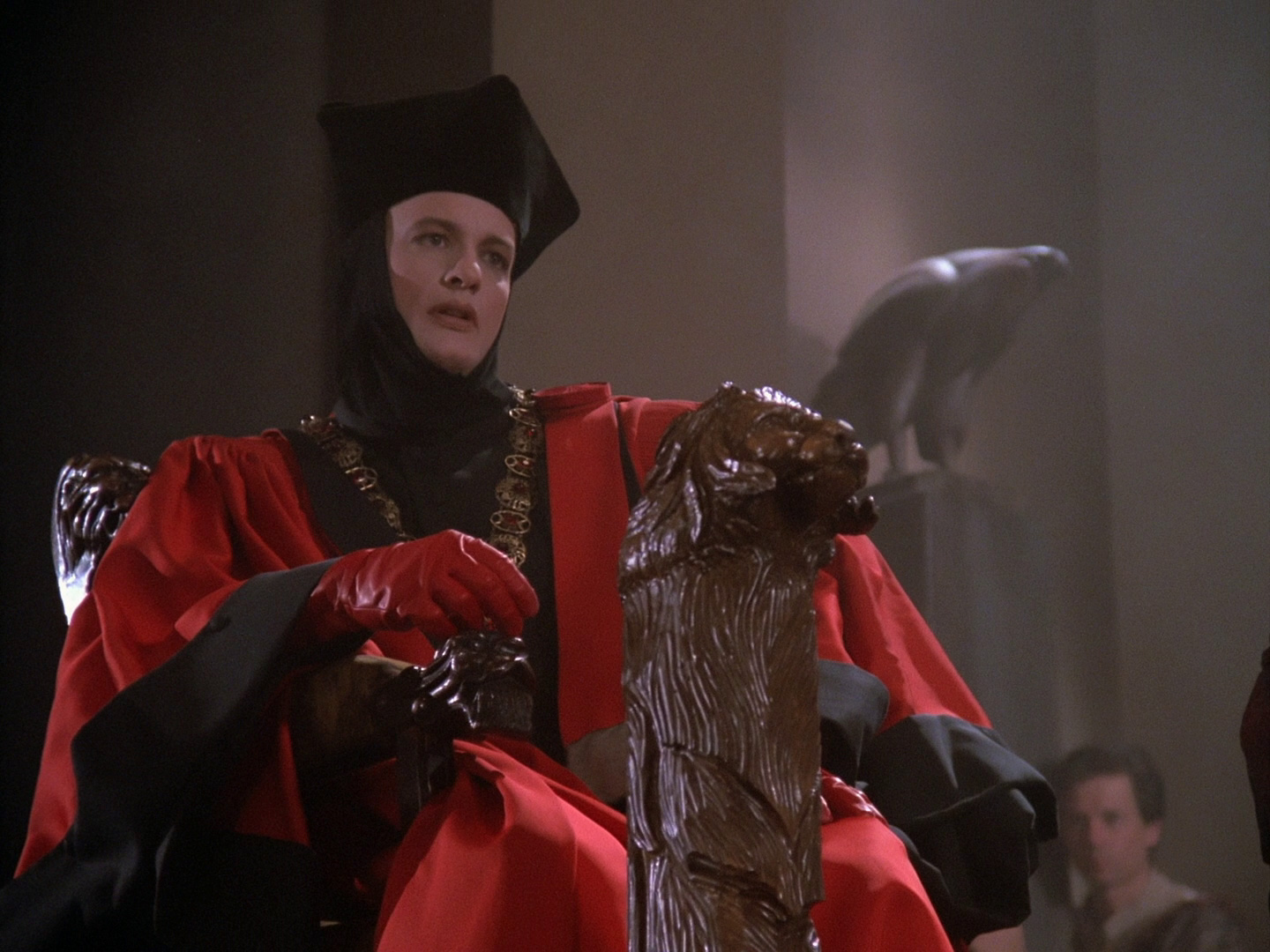 Yeah because there was no militarism, minimal empire building, under Obama/Hillary.

And if only they hadn't put all their energy into Global WARMongering they'd have gotten around to cleaning up actual pollution.

originally posted by: pointessa
The truth of the matter is that it doesn't really matter what type of government we have, it will always end up corrupted and distorted. The problem is not democrats or republicans or nazis or any other ideology. The problem is us. The problem is humanity.


Correct, remember what they say about those who forget the past?

We have been warned about this numerous times by past leaders such as George Washington to JFK but the constant programming blinds most to the current reality.

"There is so much more to this world but without removing the veil one may not ever see it. But man has forgotten how to listen". ~ "Lady in the Water"

posted on Jan, 31 2018 @ 12:42 PM
link
Actually what I think you want to describe is a Cincinnatian dictatorship, however you failed to address that for reasons. People have naturally suspected a set up because what you have described is akin to the Third Reich, instead blaming the liberals and politicians.

Your description of Laissez-faire economics is far removed from Laissez-faire capitalism that we intend to use in the US and is actually akin to economic anarchism. Again warning bells of a “gotcha” looming. The US Government tries to set and enforce the rules of the sandbox and let the marketplace work it out. However, there is too much interference with programs such as “Too big to fail” bailouts, taxes on production such as income, wealth redistribution programs for a “level playing field” and removal of tariffs to protect domestic production.

Democrats are not a minority party. Not by a long shot. They are also not a liberal party except in name and political propaganda. Progressivism is propaganda, because it is socialism which is the old buzzword for feudalism or slavery if want to use an uglier word. Bottom line is everything is controlled by a central power structure, you work to empower that structure and receive a stipend or allowance for that labor. For slaves it was food and clothing with a roof over your head. Today, you keep 65 cents on the dollar after taxes on average. Don’t believe me? Pay off the mortgage and ask the country sheriff how long the house is yours if you don’t pay property taxes afterwards. Or pay cash for a car and drive it without renewing the tags. It will be sold at auction as well and you will not keep the profit differences here either.

Ultimately if we actually followed the Constitution as written and repealed some of the changes, the country would flourish. And before we go for a gotcha. Senators appointed by the state to represent the state, end income taxes, end the Federal Reserve, implement tariffs and a national sales tax that is shared and redistributed by the states and refederalize the mail (and by extension the internet). Because Congress was supposed to maintain the postal roads so there is your infrastructure.

As for a purpose for keeping them around...warning to others, I guess. Any prepper will tell you to stay out of the cities when the SHTF. Where are the liberals/Democrats concentrated, cities?

originally posted by: Ahabstar
Where are the liberals/Democrats concentrated, cities?


I was curious as to why this was so, here is what I found...

BTW I believe that this is clearly the reason behind all of this...

Why do the large urban cities always vote democratic?

In short, it appears as though educational levels are the critical factor in predicting shifts in the vote between 2012 and 2016.

Education, Not Income, Predicted Who Would Vote For Trump

...rural Americans are more likely to be white and less likely to have college degrees than people in urban areas, and both whiteness and lower levels of college education are characteristics connected to voting for Trump. Earlier this year we wrote about how a phenomenon that one researcher calls "rural resentment" was driving voters to Trump. That may well have helped him win this year.

"There's this sense that people in those communities are not getting their fair share compared to people in the cities," as Katherine Cramer, a political science professor at the University of Wisconsin, told NPR in August. "They feel like their communities are dying, and they perceive that all that stuff — the young people, the money, the livelihood — is going somewhere, and it's going to the cities," she said.

The vote laid bare a sharp divide on education. Ms. Clinton fared better among the more highly educated, winning among college graduates and holding a substantial lead among those who had done postgraduate study. Those with high school or less, as well as those with some college, preferred Mr. Trump by healthy margins.

The data behind Trump's win

Do you subscribe to the idea that education equates to intelligence? Given that colleges are rather overrun by Democratic professors and part and parcel of passing most every college course is regurgitatation of the what the professor, professes to be true. It would be a logical conclusion that colleges crank out Democrats.

Maybe rural areas tend to be more Republican by virtue of more small businesses and private enterprise per population than found in the cities? Keep in mind that farms are businesses. Running a successful business does take intelligence. I think we can agree to that statement because foolish management kills a business pretty quick. So how is it that high school education levels produce more business owners and enterprise than those with a college degree as a driving force of the community in rural versus urban areas? Or even greater instances of self sufficient people versus economic dependence? The union worker or office cubicle worker may make more per year versus a mechanic working out of his home or gas station owner but they are dependent on an employer. Office politics or even actual political opinion can place their job in jeopardy. Best to go with the flow of the boss or union.

You might find some answers within those two thoughts of indoctrination factors in city versus rural living. But as always, YMMV.

posted on Jan, 31 2018 @ 03:37 PM
link
We already have a dictatorship where your allowed to think your free. Enjoy your sweet hell.

If you can't see the problems with a military dictatorship, or military-style (whatever that is) dictatorship, then I really don't know what to tell you.

So, my answer remains, No. Not only no, but Hell No.


The illusion of choice.

Absolutely not, but I prefer to look at things using real life examples.

With that in mind, education equates to a powerful weapon of mass destruction.

That is a simple fact regardless of how much intellectuals hiss and scream in denial.