You will not believe these tatoos in 3d !

posted on Jul, 15 2014 @ 06:06 AM
link
O.K. this is one time I wish I knew how to post pics from another sight. I have never seen Tats like these ! I am not into tattoos anyway however these people have taken it to a totally new art form. Enjoy, throw up, whatever.. You have to admit it is interesting !

Just a question, why cant they be nice images.

Only one is nice, the rest are freaky me outy They look amazing, though they all look too scary for my taste.
Where are the butterflies, the flowers, etc?
I was wondering the same thing as Pheonix.
Nice find.
S&F

Thank you for taking the time to post those... The spider and the scorpion were .... "unique" IMO

Wow... those are stunning renderings. I care not what medium one works in, the ability to make a mark which has as much depth and substance as those images portray, is a skill of a rare kind.

However, I would also posit that some of those effects are not done with a tattoo needle. They are all awesome works however, and beautiful in their own way, as an expression of the art. I dabbled with drawing when I was still in school, and although I used to like making a mark, I never even got close to the skill involved with this sort of work, and therefore I am dumbstruck.

What's with those images? Gee how sick is human mind... 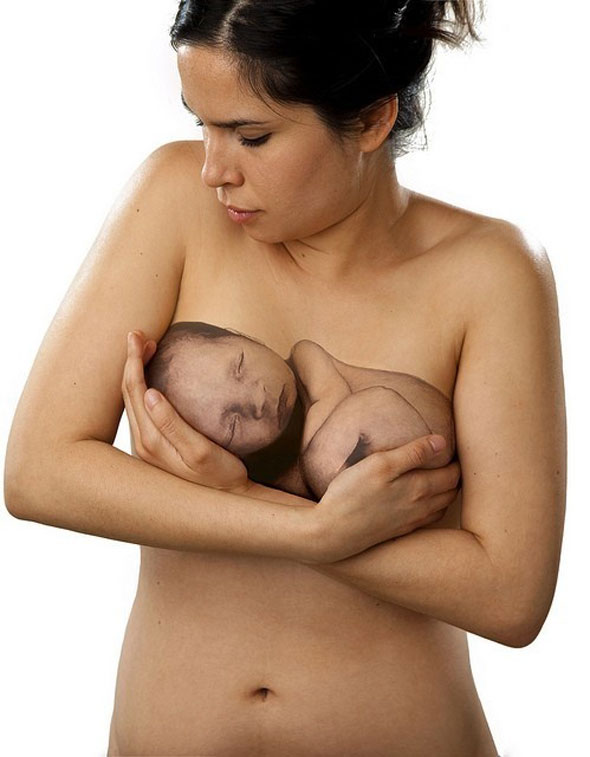 Wow... the next level of tats. To be honest I do not like any of the shown tattoos, some of them are just unfit to put into your skin. But I am sure there are some awesome designs available.

I really wonder how these people must feel with their arms, legs and rest of body already full with tattoos and in need of these new 3D tats. I remember when these tribal designs were hot to have, the tat removal busines is probably doing good.

It is time somebody comes up with a tatoo technique which stays on for as long as you wish but can be removed with no problem for body and mind.

The baby one is actually a photoshop. The first image of the graffiti on the leg is body paint done by a Russian artist named Znag (NSFW).

Amazing what you can find when you skim through the comments

Nice body paint though!
edit on 2014-7-15 by theantediluvian because: (no reason given)

posted on Jul, 15 2014 @ 11:13 AM
link
Freedom to do this important, in one sense. But its revolting and would really not want to deal with this trend being picked up by my kids. I'm very visual and constantly avoid horror movies. I watch Supernatural, like the actors alot, though always suspect media stars are compromised, or contracted to the dark side, nonetheless give the benefit of the doubt to everyone and pray for those who admit getting into the wrong stuff when younger, like Katy Perry. And keep sending positive. But they put alot of what this world is about in that show, both real and metaphor, so its akin to a study manual, with some entertainment values thrown in. Though not quite my cup of tea. Angels don't fight, only fallen ones do. A true Light Being waits for you to choose Love, and is there patiently extending their hand, and will uplift you from any harm or violence if that is meant to be. But its horrific and spend much of the time closing my eyes, walking away from the scenes and canceling and renouncing any spells in it, any codes for subconscious.

I put into my mind, beautiful nature scenes, happy people who are free from tyranny and living in abundance. And I work on the boys as much as I can without harassing them or making them upset, or being a tyrant about it, dominating. Trying to guide without dominating.

But it would make me ill, physically in real life, pull down my frequency, to have to look at such a thing. Would not like having to avoid the company of a loved one, who would be affecting/harming me by their free choice. I won't allow that around me.
edit on 15-7-2014 by Unity_99 because: (no reason given)