Talk about speedy work. Hot on the heels of the news that simply dipping adult mouse cells in acid could turn them into cells with the potential to turn into any cell in the body, it appears that the same thing may have been done using human cells.

Will this technology have the potential to help fix parts of the body that are broken? For example... missing limbs, organs, and so on and so forth.


Clearly this breakthrough has yet to be proven or published in a peer-review journal, but that does not mean that we should not be concerned.


“The team haven’t just made pluripotent cells like embryonic stem cells,” says José Silva from the University of Cambridge, “they appear to have made totipotent cells.” This means the cells have been rewound to a state with even more flexibility than pluripotent cells, which means they should be easier to manipulate. The only cells known to be totipotent – able to form an embryo and a placenta – in the body are those that have only undergone the first couple of cell divisions immediately after fertilisation. “They are like precursors to embryonic stem cells,” says Silva.

Omg, were really in the Matrix. I dont know what too say.


I think it's pretty fantastic.

It's a step in the direction of eventually being able to print out entire replacement bodies with a body printer.

That's still science fiction however, so, on the closer horizon, amputees and folks with other problems that could benefit from custom parts grown specifically for them could very well advantage here.

On a slight note of humor, all those spam emails about getting bigger boobs or bigger boy parts, getting ripped muscles, naturally, could, with this, be an actual reality.


Ya. In so many different ways too. We learn more and more "code".

I'm not really optimistic, but yet I know life is a flowering of rainbow colors, always pursuing a dream of something better than yesterday.

In the big scheme of things, we all are part of that pursuit, I think. Our children's children will be doing it and so on, if there're any children left.

From the smallest to the slimes to the flies to the fish and the animals and all the creatures. The bible said it's in heaven as it's on earth, or something.
edit on 13-2-2014 by jonnywhite because: (no reason given)


We see this attitude of resignation towards exclusivity in deference to the ever spooky phantom bogeyman of "TPTB", The Illuminati, The Wealthy, etc. all the time here on ATS. 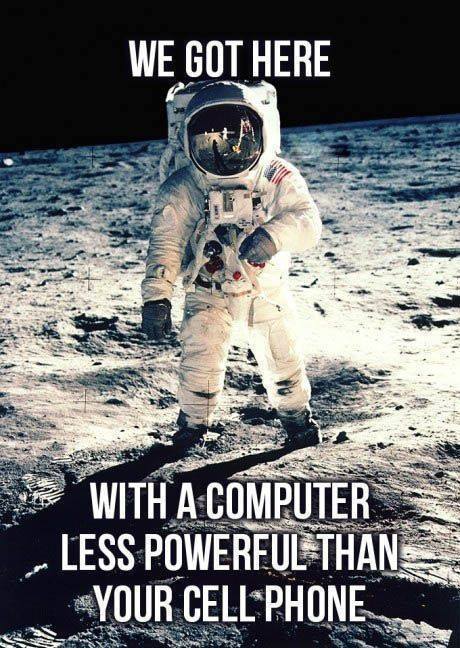 We've 5 year old children running around with more processing power in their cell phones than all the processing power of the entire NASA and Soviet space programs up to the early days of the Space Shuttle program combined.

Sure, initially many emerging and developing technologies will be the province of the wealthy, but, where there's a demand, the market will find a way to supply.

With developments as described in OP, and age regression technologies currently in development, for example, any sufficiently astute and motivated person could set up a lab in their garage and start cooking up immortality for the masses.
Currently, such has only been tested on mice, but, with human trials and refinement of techniques, the papers in scientific journals will be out there for folks to begin attempting to replicate the findings all their own, even to the point of black marketing any results if for any reason the developments and findings are "suppressed" by the ever spooky phantom TPTB.

As to how long I would personally like to live?
Well, consider the sheer size in volume of the Universe.

Boredom?
Boredom is a symptom of a lack of intelligence to derive entertainment and fulfillment from any X set of stimuli.
Boredom is self insulting.
Anyone saying they're "bored" is essentially saying they're too stupid to entertain themselves.

Anyway ...
Once a person gets out of this prison of a gravity well here on Earth, and out onto a shallower gravitational incline, access to the rest of the universe gets energetically cheaper.

I'd like to hang on long enough until I can trade in for a more durable, adaptable, self maintaining and repairing, sustainable synthetic replacement body that doesn't require all the fidgety needs of biology like air, water, food, climate control, a pressurized atmosphere, or much if any of the things that turn into deadly variables in space should they fail.
I'd like to run around properly naked and barefoot on the Moon (in a synthetic body), explore our solar system hands-on, and push off to other worlds around other stars, even if it takes 10,000 years to get to each one.
In a synthetic body, I'd expect to be able to hibernate all those long years, or entertain myself in a time dilated virtual reality such that the trip, though 10,000 years, or even a Million years long might only seem like a day or two in passing.

Only the wealthy and privileged will have access to what?
That kind of thinking and resignation equates to failure before one even tries.

I'd rather fail in the trying than give up before ever having the chance.

And those who only see the negative side things are hopeless


Hence, let us listen to each other and we will find balance. Not one side is righter than the other. Right?


How long before you see everything you ever wanted to see, learn everything you ever wanted to learn, and wake up to the same over and over? I might be a little slow on the uptake but I would get bored of it all. I do not care if you want to call me stupid because that still does not change the way I think about it. There are hidden pitfalls you cannot see yet. Mary Shelley's Frankenstein comes to mind. What I am try to get at and I'm not against progress is that we will lose something dear when this is all said and done. We might even have another antagonist to take the place of those boogie men you were talking about.

What what whaat? Wow, aren't you a tad narcissistic, Druscilla. How the hell can you possibly come up with such an asinine position? Do I need to remind you of the plethora of reasons surrounding boredom from low dopamine to social conditions? People need a variety of stimuli and without it, we become bored. And those with that stimuli and still can not be entertained are stupid? What a stupid thing to say, you must be bored.

You better be good looking.