The Double Edge Knife and Survival/Bushcrafting

Those who know me know I have always had a fascination with knives. One could almost call it a love affair or obsession in point of fact. I collect knives not only to aid me in my survival teaching and our Bushcraft on Fire Radio Show, but for the very simple fact I love them.

One cannot long discuss knives before at some point addressing the double edge knife.

Double edge knives have a long and proud history as far as knife designs go. Dating back to the age of swords and spears, double edged blades have been depended upon and performed magnificently for their owners like few other designs. All throughout history there are countless individuals that have owed their lives to a double edge blade. From the Roman Gladius to the Medieval Long Sword, to the rudimentary spears of many native tribes, this design has seemed natural and proven effective for all ages of combat.
As recently as WWII the famous Fairbairn Sykes proved invaluable to the British Special Forces both in fighting and survival in the field.

So why now do we all of a sudden dismiss, denigrate and discard this blade design that has such a rich and enduring history?

I personally own several such knives and I must admit they would not be my first, second or even third choice for survival or bush crafting. The design is just to limiting for some of the tasks I anticipate in such a scenario. While they would perform well in processing game, many camp chores and even a good percentage of the lighter tasks I ask my knife to perform; they quite simply would not be able to process firewood, dig for roots and insects and many other of the more rough functions I have called upon my knives to execute. I have quite an extensive history of living in the “wilds”, so to speak, starting at a very young age and I know how rough I am on my knives.
While a fine fighting/combat weapon, we combat Vets all know that a single edge knife will function just as well in combat. In a survival situation, if you find yourself in a fight; you have already LOST. The idea is to avoid confrontation in survival.

So while I do love the design and appreciate the history, for me, a double edge knife has no real place in my gear at this point. They will remain on their shelf where I can look at them, oil them from time to time and appreciate their beauty.

Here is one instance a double edge knife proved invaluable.. (A good single edge would have done as well I suspect)
But watch and judge for yourself.. (Hang in past the silly advertising, it gets good)

I agree. Single edge for me, always has been.

A knife is not my primary choice for a weapon. In my hands, it is more valuable as a tool. A single edge blade is a better tool than a double. False edges are fine for some uses, but generally unnecessary too. 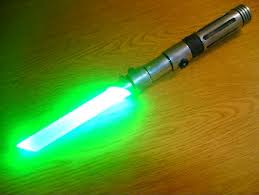 You can't baton with that...


I collect knives as well and i get the obsession part.
I generally don't go for the show piece type knives that people hang on their walls.

The only double edged blade i have is a Spanish sword and its my only decorative piece.
(its too bad its at a girls place and i dread seeing her to pick it up...long story)

For bushcraft,I sharpened the top part of the tip on my Kabar so that the tip has a double edge for the first inch or so.

For bushcraft I need a single blade because alot of the times i use a piece of wood to hammer on the back of my knife for processing firewood.
Also if i strike my farro rod,its on the back part of my knife so I agree a double edged blade wouldn't be my first choice either.

posted on Feb, 11 2014 @ 02:05 PM
link
I have a friend thats a wilderness guide, she always advised against double edge and to stick with a straight machete versatile tool.

At most with a bit of a saw bit on the back.

posted on Feb, 11 2014 @ 02:06 PM
link
I have a kukri machete that seems to work good for small bushes. I also wouldn't want someone to be chasing me flailing one around.

I don't like half serrated blades. The reason? You don't get "the best of both". I either need a serrated saw, or I need a sharp cutting/slicing blade. The usable areas of a half & half blade are just to small IMO. I also don't care for tanto designs.

IMO a large machete, small folder, and a good sized USMC-style combat knife will cover most bases for most people. Throw in a Swiss Army knife or some kind of multi-tool and I think that's a solid load out.


I actually love knife threads..........I really don't like a double edged weapon to me they are only good for one thing. I do like the older Gerber mark 2. And of course ww2 German blades. I have had a few of those over the years.


For me it is a single edge partial serrated blade for my fixed blade and folding blades. Zero tolerance does make a none serrated folding knife I am very interested in. Just got to save a little more funds.

I actually just received a tomahawk. I broke down and bought a Gerber tactical downrange. It comes with a great molle holding system and has a pry bar on the handle end. I also really like the Hardcore hardware tomahawk it was pricy but I really love these guys kit.


Also the Gerber does not come from the factory sharpened you have to do it yourself so that might be a turn off for some people I actually like sharpening blades.


You mentioned Ka Bar for a combat knife you should check out Chris Reeves Green Beret and Pacific fixed blades. If you are looking for a great cheap knife nothing can beat the Gerber LMF 2. But the Pacific and Beret are far better all around knives. Personally I never liked Ka Bar they feel very cheaply made. I would never trust one in a survival setting.
edit on 11-2-2014 by SubTruth because: (no reason given)

posted on Feb, 11 2014 @ 03:18 PM
link
I can't say i've ever had any real use for a double edge knife. The knife i carry is just a little 6inch half straight half serrated Gerber Bear Grylls(I know, I know. but for the price and what it is, its proven its salt to me) high carbon steel blade. it handles all my normal knife chores just fine. for meats i keep a filet knife handy, their light enough to carry in you pack and not really notice it.
all my other chop chores get done with my tomahawk ofthe nontactical type. to me the "tactical" ones simply mean look cool and most times cant handle chores well.
edit on 2/11/2014 by EyesOpenMouthShut because: (no reason given)

I think that you answered your own question up there but since you ask: I have also been a fan of the Fairbairn-Sykes commando knife since I was a little kid. I also once owned an original A.G. Russel Sting 1-A boot knife the year they were first made. So, I like that design too.

So, without going in to a whole big to-do; what I think is that the British FS knife and the knuckle-duster version are the last useful iterations of that design.

Boker's Applegate-Fairbairn that came later honestly took the knife in to the realm of showpiece, the Gerber models break on contact and the EK is just pretty, even though it might be the only modern iteration of the bunch that would function as that design is meant to.

And that's the deal right there: the things are narrow and pointy like that because they are meant to be stuck in a target and left there like a needle while you are moving on to whatever is next. Also, an overhand or forehand 'stick' just does not have the same power as 'chop', 'slash' and 'saw'. Also, 'stick' is fraught with complexities related to distance and timing and a weapon that is only good for 'sticking' is way too limiting.


ETA: You know semperfortis, the question that you have asked really has profound ramifications in terms of the history of warfare. And it kind of focuses on a much shorter span of history than say going back to the middle ages.

Have you seen The Duelists? It has to do with military fashion and the way it changes despite the grudge between the two officers remaining unchanged. Anyway, I am fascinated by the whole mess and thinking about the basic question of why the blade design has fallen out of usefullness raises a bunch of interesting questions and thoughts. The double-edge design may be completely useless at this point in human history. It's hardly even used in medicine.


I disagree about the Gerber breaking on contact. The newer Gerber stuff made in China is crap but the older stuff/Made in US are great blades. Heck even Benchmade sold out with the Red box line of crap.


I have a Spyderco Byrd CaraCara II ... It's a good sized knife when extended, and I find it ... "Meh". I'm afraid I'm going to break the tip off using the straight edge or something. I don't like putting so much pressure on the tip-end of the knife to slice stuff.


i still have a US made gerber multitool, little guy comes in handy for everything
edit on 2/11/2014 by EyesOpenMouthShut because: (no reason given)


Gerber and I parted company in '85. I bought the thing at the PX, tapped it on something hard and it fell in to two pieces. I decided to stand in line for a Randall like everyone else and just carried the usual Camillus in the meantime.

Global makes a BA blade, and they are perfectly balanced. I can balance that sucker exactly in the middle on my index finger. All one piece of metal so no food particles or anything get down in the handle/tang.


This is one of the of knives I do not own yet but really,really want one. Everything is so expensive the wife makes me pick and chose. I also really want a zero tolerance blade.


That would be a deal breaker for me also. I have never had that happen on a expensive knife yet. To be honest I use a 30 year old cheap buck pocket knife for my everyday use and it had never let me down yet.

Gerber does still make great kit check out the LMF 2 and the new downrange line of products these are all made in Oregon.