WTF ? A cloaked Mothership ? Plus Ball of light/orb

posted on Feb, 1 2014 @ 02:12 AM
link
I was looking back through pictures taken during our August 2013 holiday in Newquay and noticed something strange in one of the photo's. I was rolling slowly down an incline and my wife was happily snapping away on her Samsung galaxy s3. Photos were taken literally a couple of seconds apart.

There appears to be a giant cloaked ship in the sky above the beach, and also an orb.

Anyway, Have a look and see what you think! 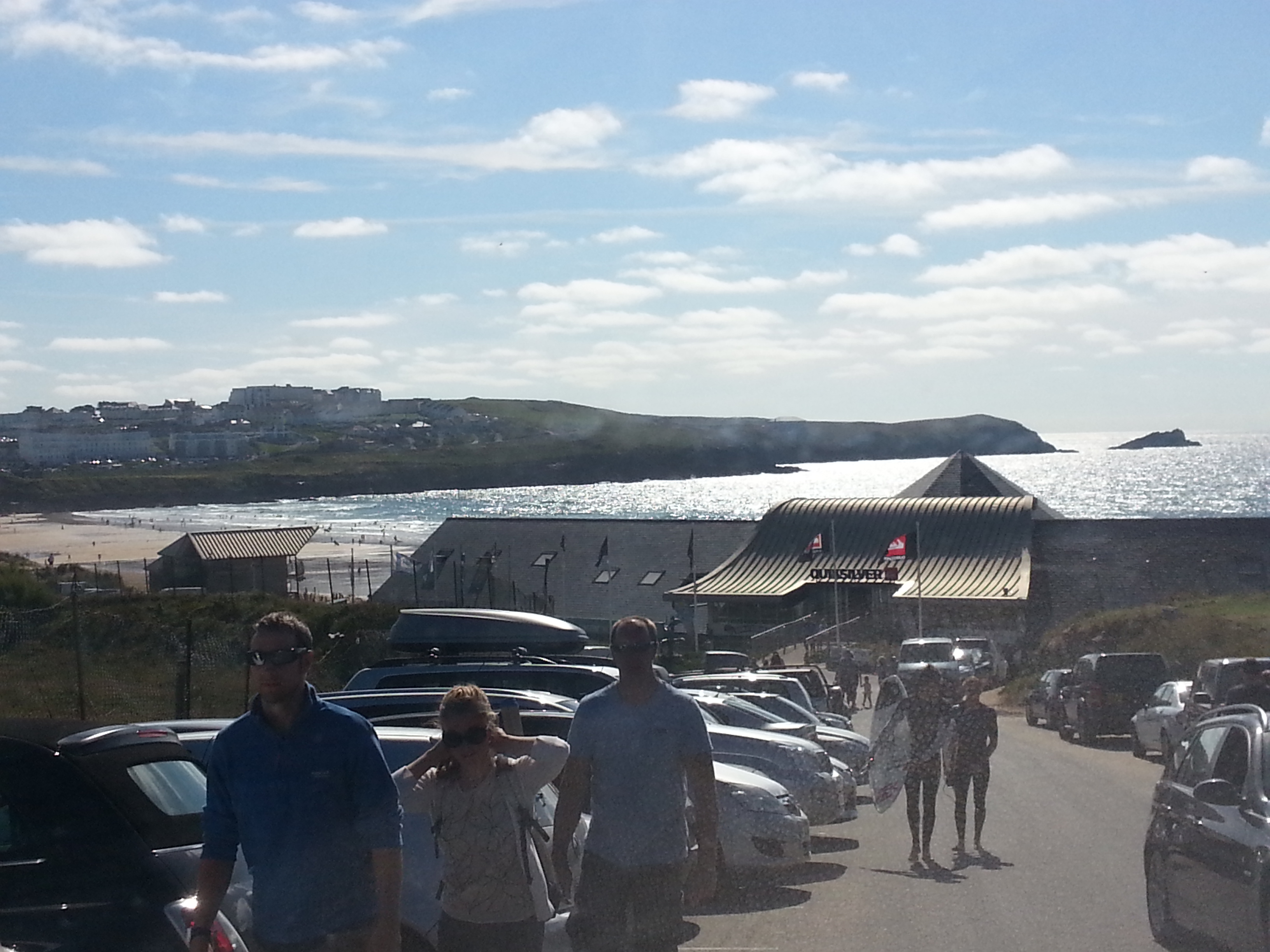 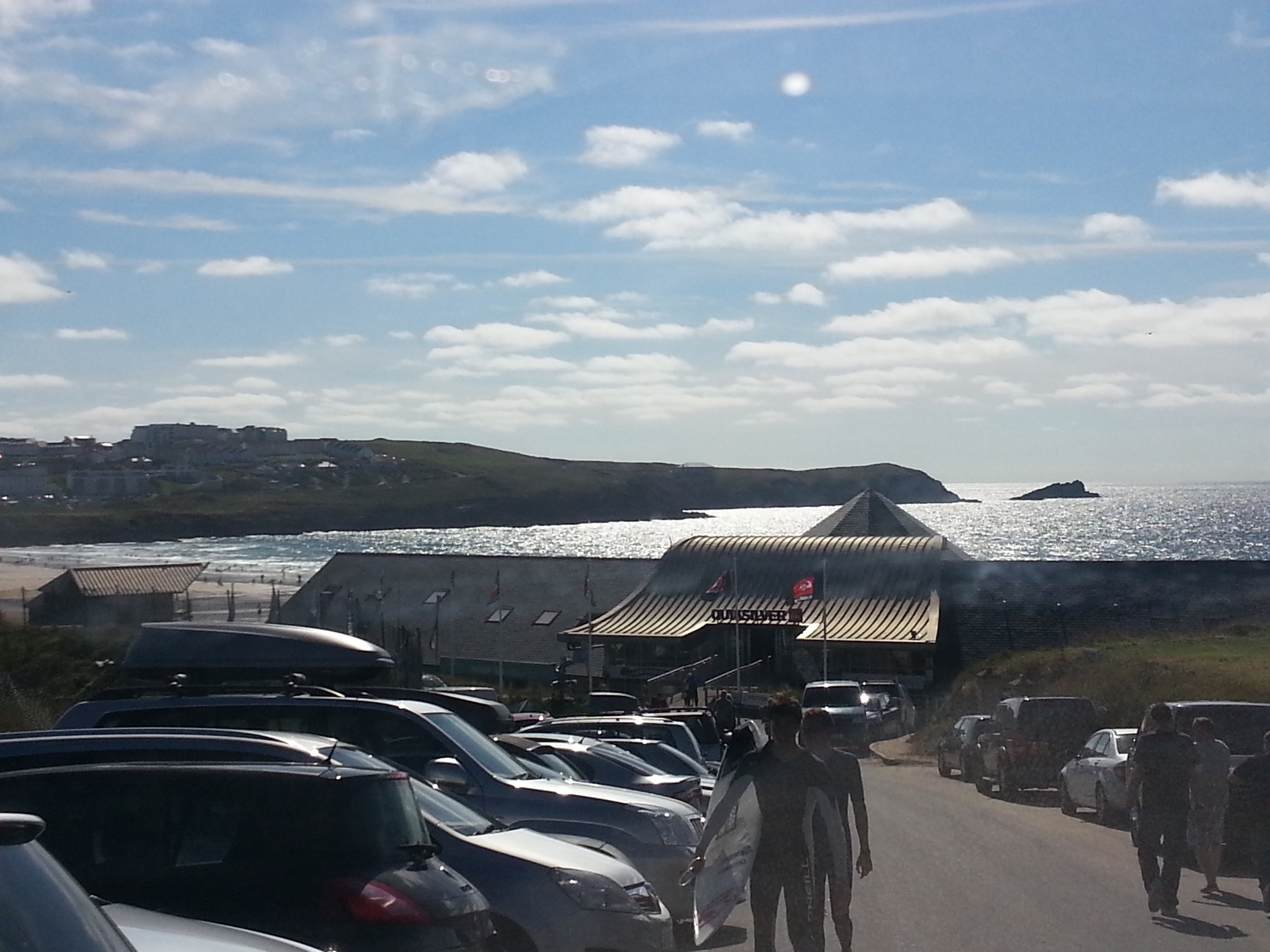 
I have no idea what you mean regarding a cloaked ship unless you mean the bokeh effect in the upper left of the second image.

I see what you are calling an orb and at full size all I see is roundish cloud and the white is starting to blow out for the same reason you see the bokeh effect to the left I think. That exaggerates the chromatic aberration which kind of makes it stand out a bit more.

posted on Feb, 1 2014 @ 02:29 AM
link
Lens flare. The "cloaked ship" wouldn't be visible if cloaked. Another artifact from aiming the camera too close to the sun.

posted on Feb, 1 2014 @ 02:30 AM
link
It look's more like some moisture or dirt on the lense, creating the blurred out effect and a lensflare.

It actually covers both pic's and give it a foggy look when light from the sun hit's it.

posted on Feb, 1 2014 @ 02:37 AM
link
If you right click and view the image at full size the orb is just a cloud, but I don't see a flare. I do see the bokeh effect and the whites starting to blow out on the small round cloud. It looks quite different at full size. The small white round cloud is obviously a cloud at full size IMO.

Important thing though is it's nothing unusual.

On the first pic, you can see some reflection in the bottom from inside the car.
edit on 1-2-2014 by Mianeye because: (no reason given)


I'm going to go with smudge and lens flare.

The 2nd shot also shows some ghostly crap floating over the roof of the surf club building.

Dirty little lens...or as the poster above said....dirty little windscreen!

You can see in repeated over the 'cloaked ship'

Not running for the hills yet, going to Tesco's instead.

you mean the bokeh effect

Yes. Yes he does.

Last one is pretty interesting.


Why isn't there "a Bokeh" on the first pic, or lens flare...the pics are taken with 2-3 seconds apart.


You beat me to it, the first picture you can see a reflection just like you would when taking pictures behind a window.

posted on Feb, 1 2014 @ 08:29 AM
link
From the photo I cannot tell if it glows as a light or not. Like I said a few times, I would never bring a photo to this site just to be debunked, it is not worth it, there are other sites that are more open minded. But I put this to you guys. Try to find a video I think from about 12 years ago from the show,"hard copy".

This showed two somewhat larger orb like lights in a blue sky taken from the Fort Myers area of Fl....it seemed similar to this picture. I and other saw those lights then. I came out of the head, (toilet), went up to my wife and asked what they were all looking at. Se were in a small marina in the middle of fl. off the river near. We then watched this large ORB glowing in the sky to the south of us. Then suddenly another appeared in the clear sky next to the first. They both remained for about 15 minutes.

Then the first shot a glowing light down like a flashlight and it winked out, followed by the second one doing the same. They were large and the energy emitted was amazing.

The next day I was following the mail, meaning listening to the marine band radio and listened to a tug captain telling another boat about those lights inland he watched while he was going north in the atlantic. A week later watching TV on our sailboat I tuned in Hard Copy and there was a video submitted of the lights taken from Fort Myers. Those orbs were seen from both coasts of Fl. Like I said, I was impressed at the size, but had no idea how immense they were until then, seen from coast to coast. Your assignment, find this video and then post it here so others can tell you it was a smudge on the camera lens. I tried but cannot find it on line.

sailormon
From the photo I cannot tell if it glows as a light or not. Like I said a few times, I would never bring a photo to this site just to be debunked, it is not worth it, there are other sites that are more open minded. But I put this to you guys. Try to find a video I think from about 12 years ago from the show,"hard copy".

Other sites that are open minded let me translate that for everyone else , they will take any old BS as evidence that's what you really mean.

YOUR first 2 sentences confirm that you are very closed minded !!!

Mianeye
Wait a second, did you take those pic's through a car window, cause that would explain it, and it sure look's like it.

On the first pic, you can see some reflection in the bottom from inside the car.
edit on 1-2-2014 by Mianeye because: (no reason given)

The same kind of reflection can be seen on both pics as well as unfocused dirts on the windshield, lightened up by the sun rays : Top parts of these dirts can't be seen on the other photo (1) because it was taken a little downward, comparatively to the position of the windshield.


And your 2 seconds later there is also more glare and reflections of sunlight from the parked cars on the left....as the people were not in the way to block them either.