OMGZ Justin Bieber to surrender to Canadian police for assault

So many hard hitting news stories these days. Exclusive reports… 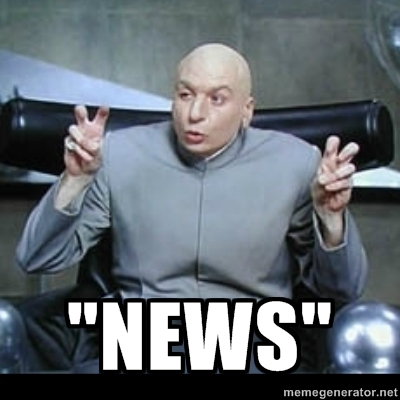 Slow news day or is Justin working for u.s. government and diverting a bigger story?
Also the sun. Its big! Its hot! So why does it not kill us all!?
News at 11 !

What we should be doing is ignoring it as it is non of our business.

He is an obvious distraction for most people, instead of focusing attention on real problems ie homelessness, starvation, The Five Eyes, Corruption, murder, genicide, rape, GMO's, Wars, Assasinations, police brutality, illegal check points, Laws/bills, agenda 21, Aliens, Comets, the 0.0001%, 'the war on drugs', Russian Olympic Scandals, The seekers, world learders getting elected without popular vote and thousands of other things do not get talked about by these people why??? BECAUSE ALL THEY CARE ABOUT IS CELEBRITY BULL#! This is the perfect example of how to tell the difference between those that are AWAKE and those who are not.


I completely agree with you..there are far more important issues...
But by replying at all to this thread...you are not ignoring the bieber issue.
You just gave into the thing you are rallying about.
I want Bieber to out right go away too..really I do.

But he won't. So maybe this is a way to take jabs at him. Without him sending his goons to do his dirty work and then taking the fall for him.

Nothing would make me smile more than to see a bunch of BAD COPS go ballistic on him after he drives drunk or whatever else he smirks about.
edit on 29-1-2014 by Bigburgh because: (no reason given)

Edit: I tried ignoring the fact my dad caught me smoking once in high school..
He claimed he'd deal with me later.
I tried ignoring it..
But my dad did not...without warning he knocked the smirk right off my face...

Look at Michael Jackson's now tarnished legacy...
edit on 29-1-2014 by Bigburgh because: (no reason given)

Bigburgh
Slow news day or is Justin working for u.s. government and diverting a bigger story?

Yes ,,Bieber been running TPTB all along

posted on Jan, 29 2014 @ 06:07 PM
link
Throw the brat in jail for a few months without bail (since he can easily afford paying it). I'm sure a few months in jail with hardened criminals will change his attitude quickly. The rich need to be held accountable just like ordinary folk.

Annunak1
Bro really? U posting this on ats? THE F is this

Is watchitburn the only one who gets it? Satire my friend. Satire.

It's gonna end up on here anyway.

Anyway, this is the forum we can get away with being stupid about it. Id rather see it posted here than in general conspiracies or other current events and have everyone take it seriously.
edit on 29-1-2014 by boncho because: (no reason given) 
Smooth edit my friend. Your pic is better…

posted on Jan, 30 2014 @ 06:18 AM
link
Only reason I clicked on this thread is because it mentions Canada. Seriously,this kid is a total embarrasment to our country,let alone himself. He has train wrecked himself right into whocaresville. We don't want him here either. I suggest as punishment for all his recent criminal activity that he be put on the one way trip to Mars. Done deal.