scientist says noah's ark made up


This article is cool and just shows me more that this great flood may have have been a reality if they are finding tablets outlining how to build massive boats
Who's to say a guy named noah didn't build one and survive the flood with some animals and his story has just been embellished.

Is it a problem with the teachings behind the story you have?

This article is cool and just shows me more that this great flood may have have been a reality if they are finding tablets outlining how to build massive boats
Who's to say a guy named noah didn't build one and survive the flood with some animals and his story has just been embellished.

That is exactly what he is postulating in the article.

posted on Jan, 24 2014 @ 05:35 PM
link
You are right, they think because there is no tangible proof "yet" that it is not true. I guess I see science later proven wrong all the time so it is only fair. As usual this is an exclusion of the evidence by science.

I think there may have been a ship. Maybe half of the stuff was made up but it is possible that the other half of it has a basis.


I saw a documentary about noahs ark a while back... they made a scale model of what was described in the bible and tested it in a hydraulic wave machine...

Turns out the ark would not have survived for much more then a few hours... it would have rolled over soon after it started floating.

Its pretty obvious noahs ark is nothing more then a myth...

I'll see if I can find the video

posted on Jan, 24 2014 @ 05:51 PM
link
it seems to me that god telling some bloke to build such a thing, and how to build it, and it having 2 of each animal onboard, then the flood which kills evryone and all the other animals (exept marine ones) a bit of a tall story. i mean, how did those animals not eat each other? how did they all fit???


Well for starters theres absolutely no evidence of a global flood... So IF it happened at all it was a local event...

He couldn't possibly have kept all the animals behaving on such a confined ship... (not to mention the dinosaurs LOL)

the story has more hold then swiss cheese... just like a lot of the stories in the bible

14 So make yourself an ark of cypress wood; make rooms in it and coat it with pitch inside and out. 15 This is how you are to build it: The ark is to be three hundred cubits long, fifty cubits wide and thirty cubits high. 16 Make a roof for it, leaving below the roof an opening one cubit[e] high all around. Put a door in the side of the ark and make lower, middle and upper decks. 17 I am going to bring floodwaters on the earth to destroy all life under the heavens, every creature that has the breath of life in it. Everything on earth will perish. 18 But I will establish my covenant with you, and you will enter the ark—you and your sons and your wife and your sons’ wives with you. 19 You are to bring into the ark two of all living creatures, male and female, to keep them alive with you. 20 Two of every kind of bird, of every kind of animal and of every kind of creature that moves along the ground will come to you to be kept alive. 21 You are to take every kind of food that is to be eaten and store it away as food for you and for them.” 22 Noah did everything just as God commanded him.

If the instructions mentioned in the article do not match these instructions, which they clearly don't, because the instructions in the article are for a round boat, then it's safe to say that the guy in the article is wrong in regards to the instructions he has being for Noah's ark. For someone who believes the Bible and takes it literally, except for the obvious symbolism and metaphor in certain places, an article like this is just another secular scientist trying to "prove" that the Bible isn't true. When there is a secular source that contradicts the Biblical account of something, then I will always side with the Bible. 2 Timothy 3:16 says that "All Scripture is God-breathed", so my choice is... do I believe the Holy Spirit, who inspired all Biblical scripture, or do I believe some secular scientist of the same community who claims that my great^1,000,000 grandfather was a monkey? To me the choice is obvious.


you are pulling my leg.
haha. very funny.


We don't come from monkeys....typical uneducated comment from the religious crowd again.
We share a common ancestor we can prove it with genetics..pity you just ignore the science eh?.

No global flood happened, the story is just a tale and proven wrong by again genetics and evolution of different species.
Believe what you want but don't try and convince us that it happened because it didn't.
I wish god bods wouldn't take the Bible so literally, It just makes them look very foolish.

posted on Jan, 24 2014 @ 06:43 PM
link
It's pretty obvious that the flood could have never happened, there isn't enough water in the world to cover the entire world higher than Mt. Everest (5 miles). If so, where did this water come from and where did it go?

How did all of the marsupials end up in Australia and all th lemurs end up in Madagascar? Did Noah make pitstops at all of these different locations after the flood and drop off the appropriate animals for each region?

Where is the evidence for a global flood? The Sumerian civilization predates the flood and we have evidence of a great flood within their Epic of Gilgamesh.

I think their are at least 3 possibilities to explaining the flood: either the flood was only a localized event that was the victim of embellishment, the flood is symbolism for a deeper truth, or it was all made up in order for people to fear God by giving him unrealistic powers an abilities.


When there is a secular source that contradicts the Biblical account of something, then I will always side with the Bible. 2 Timothy 3:16 says that "All Scripture is God-breathed", so my choice is... do I believe the Holy Spirit, who inspired all Biblical scripture, or do I believe some secular scientist of the same community who claims that my great^1,000,000 grandfather was a monkey? To me the choice is obvious. 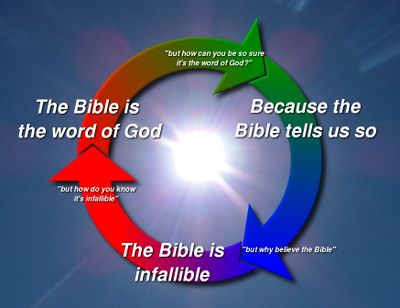 
we know that the historical data in the Bible about ancient civilizations is spot on including kings and armies and even generals.

We know that the bibles descriptions of buildings and gardens (Babylonia) and wars is all correct.

We know the Jewish community is and has always been very good history keepers.....

THe mountains and valleys that we have all align from north to south like crumpling a piece of paper ... showing very good evidence of a major earth crust shift that a major flood could cause....

but we try and try to prove the flood and Noah were fake.....

posted on Jan, 24 2014 @ 07:04 PM
link
I could more easily believe that Noah's Ark was actually a big space ship that came from a planet that was destroyed(now part of Saturn) and they loaded it with animals, plants, people, etc., and made their way here. If we came from monkies then why aren't there monkies out there who are closer to humans instead of the typical monkey? I think we lost the truth long ago and that history has been perverted with lies. Egypt was around long before Judea. If I ws gonna believe any of it, then it would be Egyptian, yet still, I'd take it with a big grain of salt too. The fact is, nobody knows the history of human origin, but we'll argue blindly till the end of time about who's right. lol

We know the Jewish community is and has always been very good history keepers....

I guess that means you agree with the record left by those record keepers or are you trying to have it both ways?


Simple logic proves the flood and the story attached to it is a myth...

theres really no need to prove anything