posted on Jan, 23 2014 @ 08:11 PM
link
Awesome! This is launching from Canaveral, yes? Assuming the launch does happen (seems to be a halt right now) I'll try to get a long exposure, I'm just across the state.

posted on Jan, 23 2014 @ 08:11 PM
link
Holding now. Last minute delay. Something about telemetry dropouts from launch vehicle are being seen.

Me and i ready and GO


What's the word did they scrub it?

I'm stepping outside. No camera


Nice, thanks for telling us that was killer.

Watched it till it vanished.

posted on Jan, 23 2014 @ 08:43 PM
link
If this rocket's heading was southward, I'm pretty sure I got it. I mistook the red glow as a local helicopter, and therefore missed the prime window, for good size, but I got a nice streak headed toward trees. Give me a little time to adjust the pic for having my settings too high for the neighborhood lights (too bright, need to correct the contrast and brightness) and I'll get it posted in a bit.

Not a cloud in the sky. Another great launch.

I did see a strange aircraft when the delay occurred.

posted on Jan, 23 2014 @ 08:51 PM
link
What is the mission? I watched much of the NASA news conferences this afternoon and somebody mentioned a launch later today, and this must be it. Thanks for the thread.

I am in T-ville, maybe I was too focused on the rocket, but I didn't see any other aircraft in the vicinity.

Please elaborate jrod, if you will.

A tracking and relay satellite.

A tracking and relay satellite.


Thanks. There are only three scheduled third-generation TDRS satellites which will be put into operation, and this is the second. From your source:

posted on Jan, 23 2014 @ 09:04 PM
link
I admit, I picked the worst possible spot outside to try to grab a picture, with a flood light pretty much in front of me. I did manage to get a little of the rocket before it ventured behind these trees on the right-hand side, though.

Settings were ISO 200, f/3.3 f/4, 30 second exposure set to record after a 2-second delay (should have set it for a 10-second, blurring is from the wobble of pressing the shutter button) I did my best to try to tone down the brightness from the flood light without washing out the rocket trail, I think this is acceptable for both a rush pic & a rush edit. 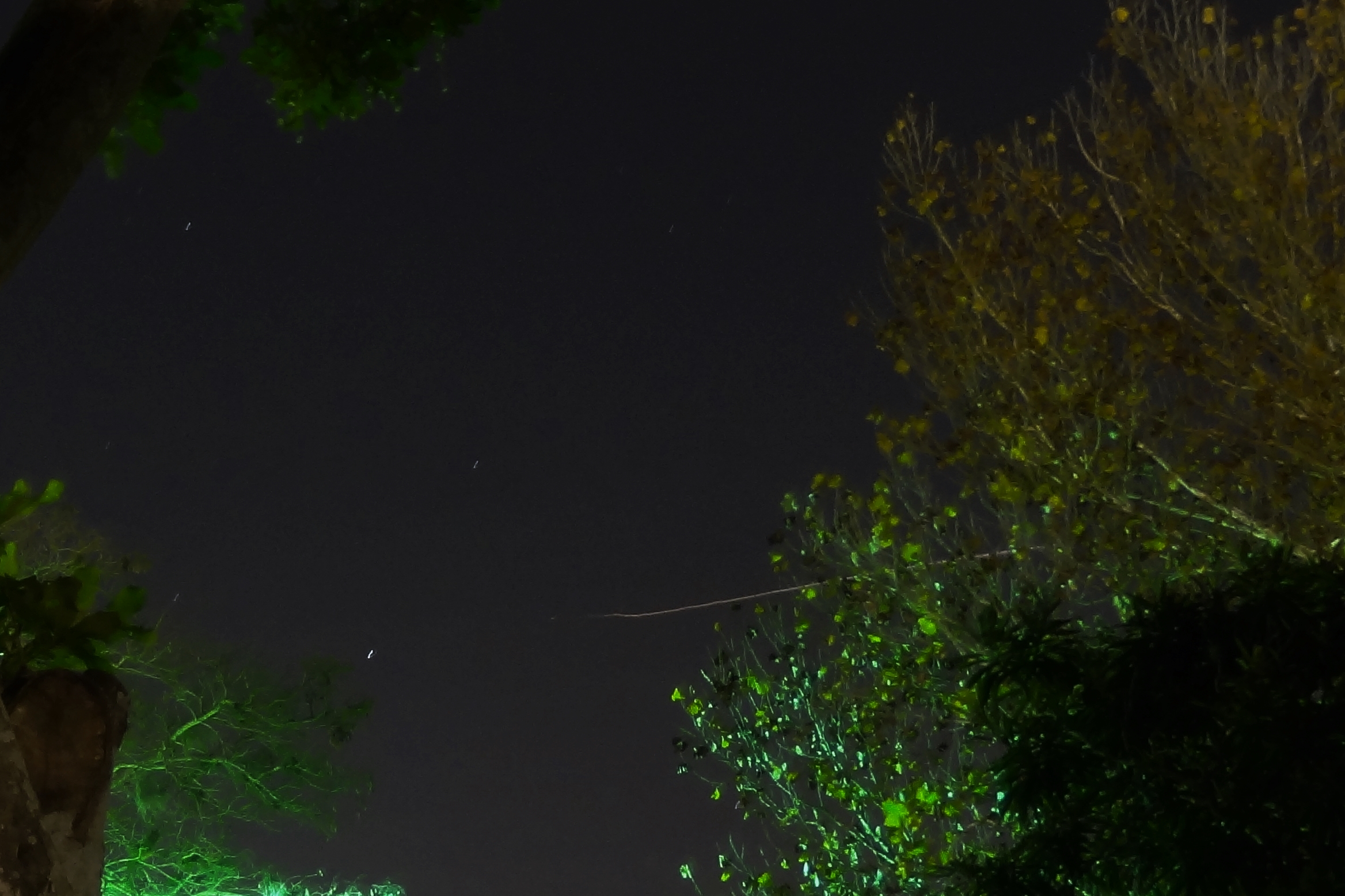