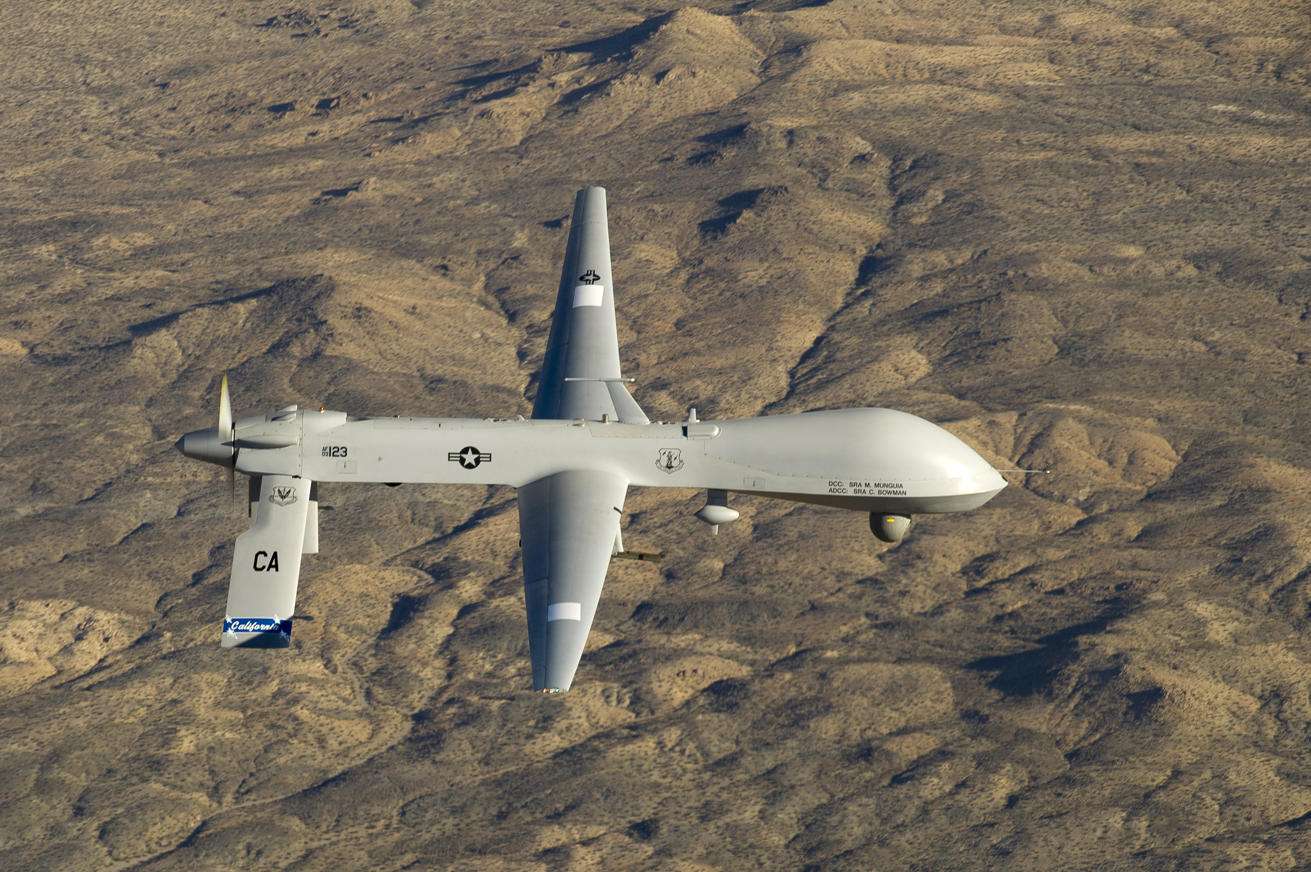 The Federal Aviation Administration announced six states on Monday that will develop test sites for drones, a critical next step for the march of the unmanned aircraft into U.S. skies. Alaska, Nevada, New York, North Dakota, Texas and Virginia will host the research sites, the agency said.

Drones have been mainly used by the military, but governments, businesses, farmers and others are making plans to join the market. Many universities are starting or expanding drone programs. "These test sites will give us valuable information about how best to ensure the safe introduction of this advanced technology into our nation's skies," Transportation Secretary Anthony Foxx said in a statement.

The FAA said when selecting the sites it considered geography, climate, location of ground infrastructure, research needs, airspace use, aviation experience and risk. The FAA does not allow commercial use of drones, but it is working to develop operational guidelines by the end of 2015, although officials concede the project may take longer than expected.

The FAA projects some 7,500 commercial drones could be aloft within five years of getting widespread access to American airspace. 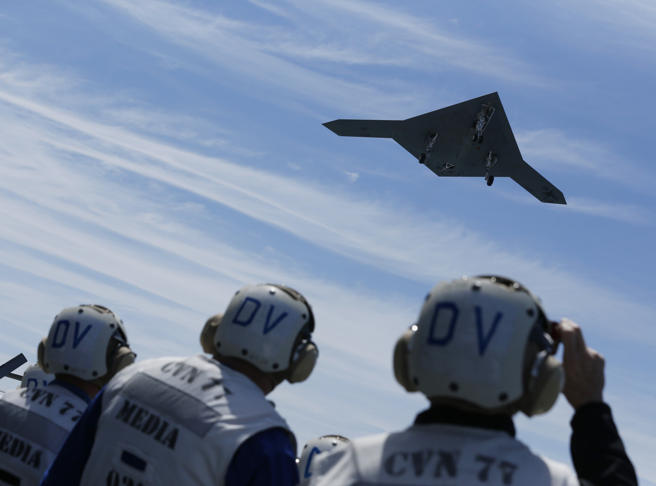 Representatives from winning states were jubilant about the FAA announcement. "This is wonderful news for Nevada that creates a huge opportunity for our economy," said U.S. Sen. Harry Reid, D-Nevada.

Giving drones greater access to U.S. skies moves the nation closer to "a surveillance society in which our every move is monitored, tracked, recorded and scrutinized by the authorities," the American Civil Liberties Union declared in a report last December.

So our skies will soon be filled with these things in the next few years, it's also not surprising that Colorado wasn't on the list as a "test state"... 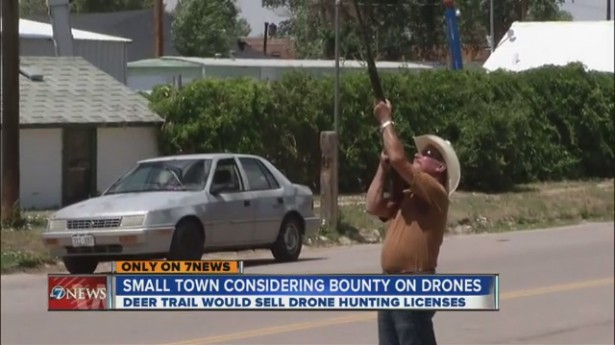 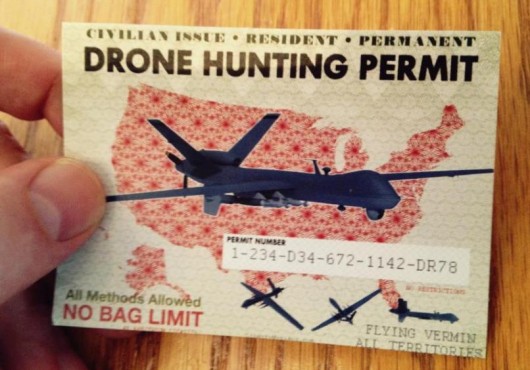 posted on Dec, 30 2013 @ 12:48 PM
link
Now I have to look up as well as around me when I take a leak outside. I suppose they will be taking pictures and sending people tickets for peeing in the woods now.

posted on Dec, 30 2013 @ 12:53 PM
link
With autonomous craft it is wise to embed deep within the main contributor of data a peace shut down program. It would analyze an attempted attack hack or override and the peace shut down would activate.

The hope is, that with all the shared and unshared? designs that a consideration was made incase these globally with other attachments are overruled, somehow... So if drones realize they are targeting civilian populated areas their AI kicks in LOGIC programs... To assess the behavior of the civilian population if threat or feeling threatened.


This is the most disturbing part... notice "winning states" this means that states were bidding against each other to be a test bed for this happening. "Representatives from winning states were jubilant about the FAA announcement."

I don't recall any of my state Represenatives running under a drone platform... how are they representing us, when we have no idea what in the world people are trying to pass? We need some serious detailed questionaries for these people meaning to take office of wht they are for and against... if they are going to accurately represent us as a people.

rickymouse
Now I have to look up as well as around me when I take a leak outside. I suppose they will be taking pictures and sending people tickets for peeing in the woods now.


Just don't take a dump and give them the finger!


Ya know, this just made my mind wander to the "Real ID" if those things are to eventually be chipped and can then be read by a drone... you might just recieve that ticket for public unrination after all.

The odd thing is... is how all of this kind of thing gets a good spin... the: "Oh it's good for us..." "Oh, it's great for economies and public saftey"... "So, you give up a little privacy as a trade off... big deal." Such comments brought to you by bought and sold politicians.

posted on Dec, 30 2013 @ 01:07 PM
link
Why is a story about the FAA allowing the testing of civilian drones full of pictures of military drones. Military drones already have access to our airspace. This is testing for companies and private owners.

MrSpad
Why is a story about the FAA allowing the testing of civilian drones full of pictures of military drones. Military drones already have access to our airspace. This is testing for companies and private owners.

Feel free to add some drone pics if you would like... military drones being in our airspace does have a thread here; in the Hoax forum.

posted on Dec, 30 2013 @ 01:27 PM
link
I don't understand how anyone can think this is a good thing to have drones flying around. So what happens if one crashes into your house after running into a crow flying around on garbage day. I'm sure you would never get a settlement if one killed your kid when it crashed, after all they are there for "the good of the people". Other people, not you or me.

These things are awfully expensive. Can't they find a better thing to do with the taxpayers money? If China made them and sold them directly to the government, they would probably be fifteen percent of what they are paying.

rickymouse
I don't understand how anyone can think this is a good thing to have drones flying around. So what happens if one crashes into your house after running into a crow flying around on garbage day. I'm sure you would never get a settlement if one killed your kid when it crashed, after all they are there for "the good of the people". Other people, not you or me.

These things are awfully expensive. Can't they find a better thing to do with the taxpayers money? If China made them and sold them directly to the government, they would probably be fifteen percent of what they are paying.

That whole mailing a ticket for peeing in the woods etc. may help off set some of that funding wouldn't it? What a horrible way to create revenue streams, seems there's always some plan to watch us, pander to us, advertise to us in an attempt to bleed us dryer... at some point for the majority it will be like getting blood from a turnip... nothing left to squeeze out. I wonder what they will do then?

posted on Dec, 30 2013 @ 01:39 PM
link
Well take a look at what happened in VA Beach when a pilot had to ditch his fighter over a populated area. The jet might be a little bigger but that will give you an idea of the damage. The pilot in this instance was extremely lucky that it didnt kill or injure anyone...like jackpot on a slot machine back to back lucky...oh and to add this little tid bit. A federal judge ordered the gov. to pay 18mil to the families affected so even with no one hurt there was a rather large I'm really really sorry being ordered.


Your source information is wrong. I was really surprised to see Politico pop up as being the author but it wasn't the same article at all. Politico tends to be careful with their language choices and the article you quote reeks of propaganda.

I love how they even do a plug about how it's going to bring 70,000 jobs into the economy as if that's such a huge bonus. That's perhaps jobs for 0.035% of the unemployed/underemployed population and is more likely to go to workers already employed in similar fields. Oh how thrilling. Drones are a form of automation as well so how is it impacting pre-existing job markets in terms of replacement? So the number sounds great but it really isn't. They even toss in the nice salary of a drone pilot to make it more tantalizing. I've had more than a few people state that I should become a drone pilot because my reaction speed and accuracy is top notch. I'd never do it in a million years because one can't place a price on one's soul or privacy.

"Winning" implies that it was somehow a lottery and quite the coup to get these contracts. Considering that the dislike for drones is a bipartisan thing, I wouldn't quite consider those states as "winning" anything other than perhaps the title of "sell-out state". Also thoroughly unsurprised that one of those states is Reid's. However, if the propaganda laden out in this article doesn't push you early on to the brink of nausea, then they'll give you the antiemetic of seeming neutrality with their last statements in that drones increase our surveillance society. Yep, it sure does. Way to be neutral, NBC.

The last time I saw such a propaganda laden piece it also happened to be on the subject of drones as well. Time magazine had a very sinister cover for the subject but the article content was all feel good. It was just as gross.

I'd bet they are susceptible to jamming. Otherwise, they'll have to be shot down. Live free or die NSA.

posted on Dec, 30 2013 @ 02:42 PM
link
Thanks for this.
I live just a few miles away from a civilian drone base, I watched one land on a Halliburton property one day two years ago. Unfortunately I was driving down the highway at the time and unable to take a picture. I will keep my eyes open though. It looked just like the grey military photo posted above, except it was white and had a lot less identifying marks on it.

There are no good reasons for these things to be in private hands. I can see that they will use reasons like finding people lost in remote locations and checking on large ranch herds etc etc etc, but we are capable of doing those same things without private drone tech. I would rather not see them flying over my house on a regular basis. But that's just me.

posted on Dec, 30 2013 @ 02:52 PM
link
From 1z observation... EA*RTH techs observed used in war zones have potential to be integrated into civil societies later. Like prototypes, making the new potential states like prototypes more so for something else. Speculatively speaking. The conspiracy would be is this known before hand or later after said techs are observed in usage or both? The Yin/Yan logic programs to reboot and balance these (just in case) would be, logical to 1.

posted on Dec, 30 2013 @ 03:08 PM
link
ok...time for the umbrella-hat industry to take shape. small, lightweight, 2-foot round umbrella that sits on a hatband. maybe some type of woven-in heat-reflecting fibered clothing. how about some type of frequency jamming wristband. maybe a copper-powder-embedded, faraday-like, indoor paint, that could be grounded to an outlet.

posted on Dec, 30 2013 @ 03:23 PM
link
they are capable of flying automated missions for many, many hours....government would simply set up a grid pattern at an assigned altitude not available to outside aircraft. they would have infrared, video, audio, variable frequency, monitoring equipment on board. algorithms could be developed to automatically activate surveillance by key indicators, alerts could instantly go out for human real-time monitoring, if needed.