posted on Dec, 19 2013 @ 08:52 AM
link
The submerged ancient Greek City of Akra in the Crimea is considered by some as a possible basis for Atlantis, there has been an underwater archaeological project at the city this year and here is the report; 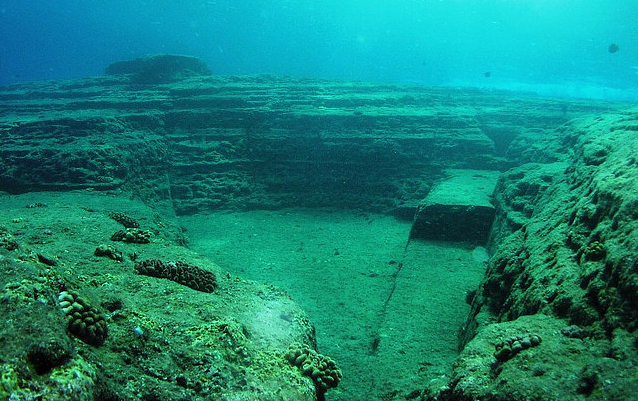 It seemed to be founded by the settlers from Nymphaeum or Panticapaeum in the late 6th century BC, and kept its position as a city of the Bosporan Kingdom till the early 4th century AD.

The city occupied the north-eastern extremity of the cape formed by the mouth of the ancient nameless river and Cimmerian Bosporus. Its territory has probably took shape of a trapezoid area of approximately 3.5 hectares, which was almost completely hidden by seawaters at the present time, except for its small western part on the sandy crossbar, that turned the mouth of the river into the modern Yanysh Lake off the coast of the Kerch Strait.

Due to transgression of the Black Sea, which began about the middle of the 1st millennium BC, the ancientthe ancient city has got into the depth of up to 4.5 meters 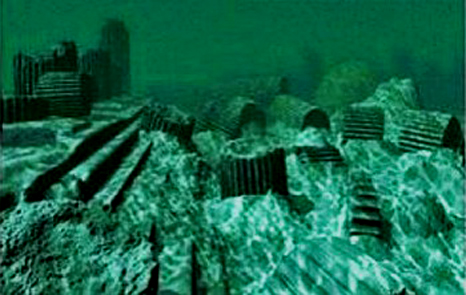 There is a 'mysterious tower'...


Members of the expedition was lucky to find at the bottom of the sea huge tower area of 6x6 meters, thereby once served as a defensive building. About this facility became known in the 1980s, but the sand bars are not allowed to establish the exact location. The excavations have revealed evidence that it has a height of 1-1.2 m. Find well preserved and consists of rusticated blocks of enormous size. Archaeologists tell us, that a defenses of this type are not on each mound.


The Mysterious Tower in the Black Sea 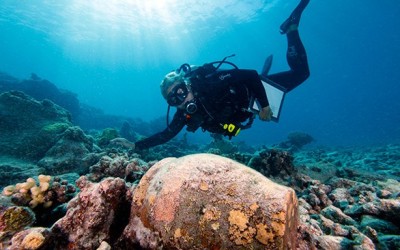 The city was first rediscovered in 1981;

According to experts, in the Black Sea there is no other such historical monuments. The existence of Acre dates from the 6th century BC to the 4th century and ours. Most likely, the cause of the flooding of the city is to raise the level of the oceans. To date, found the defensive wall two meters wide and remains of ancient houses, they are quite well preserved. there are also other valuable items: coins, amphorae, arrowheads. Scientists claim that most of the ancient city of secrets yet to be disclosed, being the amazing mystery to scientists at the bottom of the sea, to which the archaeologists have not yet managed to reach.

Here is what says about this amazing historical discovery expedition leader Viktor Vahoneev: "This is one of the most neglected cities, which was part of the Bosporus state. It was discovered by accident. Only in 1981, a local high school student, walking through this spit of sand, has found more than 150 ancient coins. Then it turned out that it blurred the cultural layers of the ancient city. And since 1981, there began to work the first underwater archaeological expedition. " 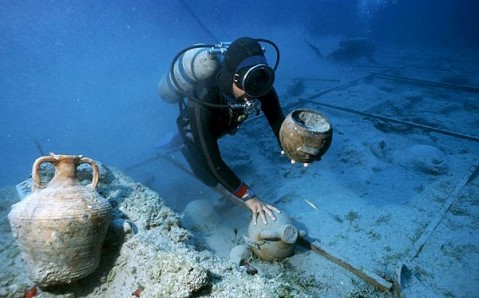 I personally do not subscribe to the Atlantis tales (allegory all day long for me). That said, the Black Sea region is the area of most archeological interest to me in that i firmly believe the region holds many answers for us (farming into Anatolia, Indo-European language origins, etc, etc) - the list really is endless. I would add that the area was perfect for humanity come the end of the last Ice Age - climate good, vast rivers draining from melting glaciers, abundant wildlife, plentiful resources (including obsidian, etc from volcanic activity).

Anything that furthers our understanding of the area is therefore vitally important and, lets be honest here, who doesn't love a sunken city?

posted on Dec, 19 2013 @ 09:11 AM
link
I wonder what all those big gear like things were used for. Some sort of equipment I suppose. Maybe something used to move big stones around.


they are : classical greek collumns


they are : classical greek collumns


Why, actually, did they design the columns to be gear shaped in the first place? Were they designed to mimick the shape of gears that were being used?

They also look more like gears than the greek columns in the link you had posted.

Yes it's just a thing of the popular imagination also for myself, but as you say the Black Sea is very important for future underwater archaeology due to the way it preserves so well natural materials and containing many intact submerged vessels and sites and cities.


Where did you find the original article on this?

The text seems to be a tad off, as if it were a translation.


Found the link. O.K.. I'm a newbie. Please forgive. Looks like my guess of translation was right tho'.

Yes it's just a thing of the popular imagination also for myself, but as you say the Black Sea is very important for future underwater archaeology due to the way it preserves so well natural materials and containing many intact submerged vessels and sites and cities.


I think we may actually be some way off achieving that yet, at least at the greater depths. The conditions are so bad deep down that even these days, it is almost impossible to conduct archeology for any length of time at depth, even using modern submersibles. Whilst these same conditions make preservation remarkable, they are serious hazards to any actual attempts.

They could counter this though (IMO) by, for now, concentrating on establishing ancient shorelines which would allow them to chart the rate of expansion of the water levels. This could then be extrapolated out to cover the entire Black Sea region so they could look for more accessible areas to explore.

Another major problem though may be Soviet military tech that has sunk in the region - Russia wouldn't be happy with anyone snooping around without their express permission.

Archeology in the Black Sea

This is a link to a pdf on the archeology behind the discovery of 2 Byzantine wrecks in the Black Sea. It is interesting but especially the opening paragraph as it describes the 3 distinct layers of water within the Black Sea. It is this 3rd, deepest, layer that holds the difficulties for archeology in that the water is Sulfidic enough to attack metal work (not good if you are in a submersible deep under the Sea!).
edit on 20-12-2013 by Flavian because: Link to info

posted on Oct, 17 2017 @ 12:37 PM
link
I support the reality of Atlantis. Plato's writing's place the destruction of Atlantis 9,600 year ago, which was during the massive flooding that occurred at the end of the Younger Dryas Age. Plato reports that earthquakes and floods destroyed Atlantis in "a single terrible day and night of misfortune."

You may read about our theory of Atlantis sinking beneath the Sea of Azov at: Great Atlantis Flood