While sophisticated, supersonic stealth fighters like the American F-22 Raptor and the upcoming F-35 Joint Strike Fighter are crucial for penetrating enemy airspace or engaging in strikes against a technologically sophisticated foe, most air forces — including the U.S. Air Force and Air National Guard — spend most of their flight hours performing more mundane tasks. Routine air patrols, training flights, ISR missions (that’s intelligence, surveillance, and reconnaissance), and air intercept (defense of restricted airspace and the like) are far more common than combat sorties.

Currently, the U.S. and other well-heeled military powers use their high-end fighter jets to fly these routine missions. Less affluent militaries often buy high-end turboprop aircraft to conduct ISR and other flights, and many eschew owning a fleet of expensive jet fighters altogether.

But in tight fiscal times neither of these scenarios is a truly economical solution. Turboprops aren’t well-suited to the heavy ISR payloads necessary to conduct modern surveillance and recon missions, and the F-15s and F-16s the Air Force uses (or their foreign counterparts) are highly sophisticated aerial defense platforms — overkill for these kinds of routine tasks. F-16s cost roughly $25,000 per flight hour to operate whether in a combat role or in a routine airspace patrol, and the F-35s of the future fleet could cost significantly more.

That’s where Textron sees value in an aircraft like the Scorpion that’s more capable than a turboprop and less costly than a top-of-the-line fighter jet model. With an estimated cost-per-flight-hour of roughly $3,000, the jet would consume a fraction of the operating cost of an F-16 for routine missions. And while Textron-AirLand hasn’t released pricing information yet, the per-unit cost is expected to be “multiple times less per copy” than a traditional jet, says Textron spokesman David Sylvestre.

posted on Nov, 29 2013 @ 01:15 PM
link
wow, thats almost affordable enough that these Mega-Corporations could start their own private air force,,,It would give new meaning too the term CoLa Wars....

Edit: Found a little more info on the plane in the OP's link, here's a link to specifications listed on their site:
Features
edit on 29-11-2013 by parad0x122 because: found additional info

posted on Nov, 29 2013 @ 02:49 PM
link
Looks like they should do fairly well with foreign sales. I could see this as a pretty good low threat environment CAS jet to compliment A10's for the USAF......too bad that won't happen with F35's taking that role.


They give the top speed at a bit more than 500mph. Ferry range is listed at 2400NM and/or five+ hours time on station.

It's basically falls somewhere between the Avenger and Reaper without the endurance. BUT it doesn't require the support that a UAV does, and having a man in the cockpit means it's quite a bit more flexible and doesn't need the same level of stringent certification for use in high-traffic airspace.

I don't think the US will find a space for it, but it does have a niche. I wouldn't be surprised if they find a customer or two who want an armed ISR aircraft in that class, but do not or cannot politically stomach an unmanned aircraft operations. Germany, for example, had issues settling airspace regulation and led them to cancel their Global Hawk order.

posted on Dec, 11 2013 @ 08:43 AM
link
First flight was supposed to be Monday (9 Dec), but was cancelled due to icing concerns. Supposed to try again today, so if you're near Wichita, KA keep an eye out

The aircraft took off from McConnell Air Force Base in Wichita, Kansas and conducted a range of handling maneuvers for approximately 1.4 hours of flight. Today’s flight marks one of the fastest developments of a U.S.-built tactical jet, progressing from initial design to first flight in less than 24 months.

From paper to flight in less than two years is very impressive nowadays-- it's amazing what you can do when you don't have to jump through the hoops of the Pentagon's procurement process!


It's impressive as hell, but it's still ugly as hell.


That's not a very flattering angle to be sure. 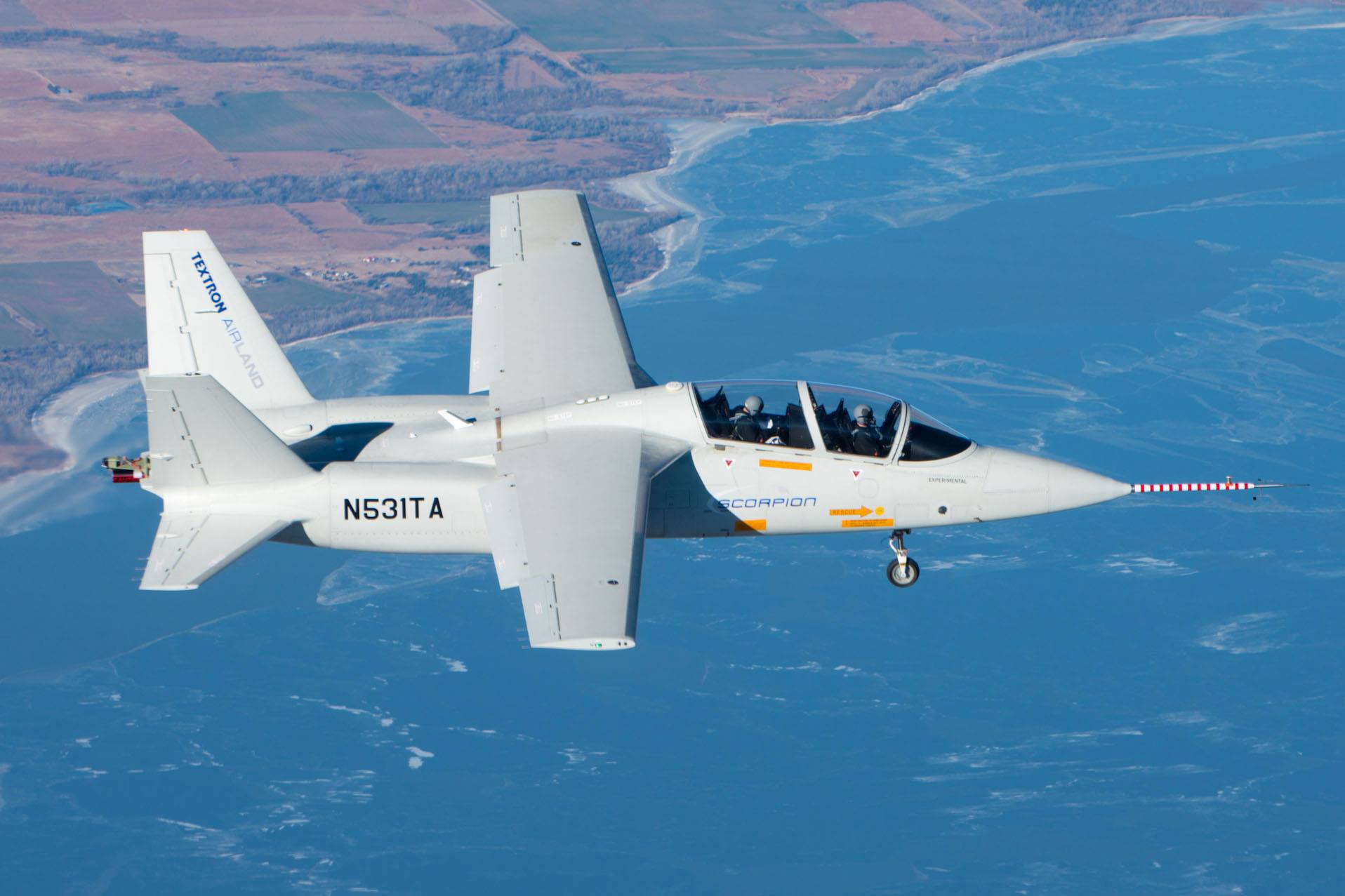 
There's not an angle out there that makes it look good. But it's going to be a great aircraft for the role I suspect. 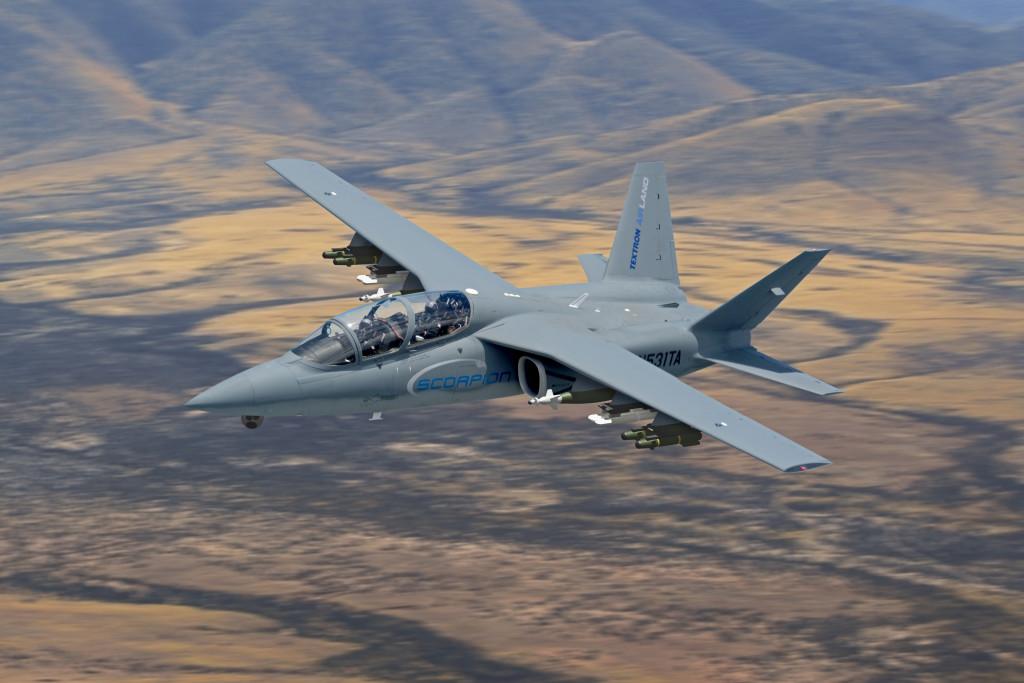 What a sexy ugly beast that is. I want one.

Would beat the traffic jams lol

I'm not sure why exactly, but it has a certain charm to it. Looks better in that low-viz grey than in the white. And at only $3,000 per hour in operating cost, fairly affordable.

I love the A-10. Its like a well built sturdy woman suited to farm work. Sure, won't win a beauty competition but she'll see you good when times are hard and you need a solid partner, not some fancy wall flower.

Operating costs are very good, and as you said, alot of places could and nations could do with a system like this.

posted on Jun, 21 2014 @ 05:48 AM
link
I dont see the point except for Banana republic controlling peasants, then you dont need LGB.

I see its potential in dictatorships in African countries as an improvement of the Machete but without the rape, they would miss the rape.

I could also see America allowing the sale of them to countries with dubious civil rights as long as they can get a dollar profit.