What's the best thing you've ever seen on television?

posted on Nov, 19 2013 @ 05:12 PM
link
The two best things I've ever seen on TV I only saw once, and can't find copies of either of them. Please talk about the best shows or events you've ever seen on television, and if you can help me find mine, you will be able to see them too!

Long time back I turned on PBS one day, and a show was just coming on: Meryl Streep in a one-man performance of "Alice in Wonderland". For the next hour I watched her play every character! It was amazing. Years later I tried to find it, and the closest I got was a PBS employee who looked it up and found it was her college thesis tape. Apparently she had to perform and film something to graduate, and that's what she decided to do! This isn't the "Alice in Wonderland" with other people she performed in later, this was a one-woman show.

The second one is long long ago, and I saw a tape. During the 1968 Democratic Convention (anyone hear of that one? Nah, me neither) they were going to do a tribute to Robert Kennedy, who'd been killed a couple of months before. When a film on his life was played - I think this was the sequence - and it ended, the delegates and guests began singing the Battle Hymn of the Republic (I think that's what it was), and they kept singing it, and after a while the chair tried to gavel for quiet, and they kept on singing, and he gaveled and gaveled, and this went on for 45 minutes!!! All the emotion of how much that man was loved at the time of his death came out at the convention. I would love to see the full 45 minute excerpt again, or even part of it.
edit on 19-11-2013 by Aleister because: (no reason given)

posted on Nov, 19 2013 @ 05:24 PM
link
I miss the dead stations with that annoying white noise ooooooooooo sound and the rainbow background.


Tommy Copper dying in sytle, that has hauned me for years


Afraid I can't help you with the PBS one but for the 1968 convention you might try the Pacifica Radio Archives - they would only have an audio recording but I bet they do have it.

One of mine was from PBS also shown Christmas Day in the 1980s somewhere - Duke Ellington playing a mass in a church. I finally after years found it. It was still great but not as good as I'd built up in my mind. (Something QuestLove (Ahmir Thompson) talks about in his book Mo Meta Blues. It's the "Concert of Sacred Music" at Grace Cathedral and it's awesome.

Another is "Thread" don't know if it was PBS or aired on another channel. It was a British production about the aftermath of atomic war and was the most frightening thing I've ever seen. It (along with "Triumph of the Will" should be required watching for all High School Students. Different reasons for both and much discussion afterward but.....

My decision might be somewhat biased. I was in at least 10 episodes as an actor and also worked as crew on that show.

I seldom watch TV except when my friends are on a show so I can criticize their performance.
edit on 19-11-2013 by olaru12 because: (no reason given)

posted on Nov, 19 2013 @ 05:29 PM
link
Probably this movie - Abraham Lincoln in Illinois
I couldn't sleep one night and just happened upon it. Excellent movie.
Too bad it was on at 2:00 in the morning ...
People should see this movie. It was fantastic. IMHO


I would split it between two:

Carl Sagan's "Cosmos" - watching this as a young kid fascinated me. I was young enough that I didn't understand a lot of what was said, but found myself captivated by Sagan's calming and mellifluous manner of speech. A few years later I realised we had a copy of the book of the series at home, and pored over it. Now a little older and wiser, I was awestruck by the things I learned about the world I lived in, and it kindled an interest in science and the universe that I have never lost. Even today, it is still eminently watchable, despite our knowledge having surpassed many of the things we knew when it was first shown. There are plenty of places online to watch it now, but you'd be better off actually buying it hard-copy.

Second would be the BBC adaptation of "I, Claudius", an adaptation of Robert Graves's "I, Claudius" and "Claudius the God", semi-fictional accounts of the life of the Roman emperor Claudius. At the time it was an outstanding production, still surprisingly holds up even today, and is a marvel to watch if only for Derek Jacobi's incredible performance of the assumed-idiot "Clau-Clau-Claudius" and the raft of actors who went on to great heights. I don't think it is around online anywhere, but you can still get it on DVD in stunning 4:3-o-vision here and there. I challenge you to watch it and not find yourself developing a slight stammer or head-twitch

posted on Nov, 19 2013 @ 05:50 PM
link
I too, like AliceBleachWhite, have wonderful memories of the static channels, both visual (snow) and audio (white noise).

The best ever would have to be watching the New Orleans Saints win the SuperBowl. WHO DAT!

Hopefully, soon to take it's place will be President Obama's funeral.
edit on 19-11-2013 by yamammasamonkey because: (no reason given)


Lots of shows. I did really like this a lot. 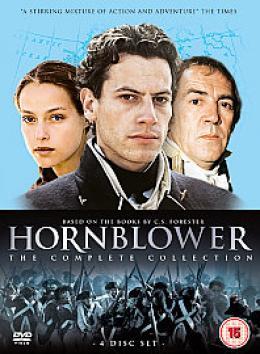 The other side of the Mountain, relating the story of Jill Kinmont also comes to mind...

posted on Nov, 19 2013 @ 07:25 PM
link
Back in the 60's and early 70's there was a show (soap opera) called Dark Shadows. I absolutely loved that show as a kid, and would race home from school every day just to see what that misunderstood vampire was up to. I have never had a show since then that was ever able to get me quite as excited about watching anything on TV as that one did. To me it was a once in a lifetime masterpiece. They have tried to recreate it in the 90's and Johnny Depp did a spoof movie on it,but nothing came close to the original.


Thanks for the suggestion, a sound tape of the spontaneous Bobby Kennedy tribute wouldn't be bad at all. It was quite something to hear.

I've never heard of the movie you mention, and it's among many good ideas in this thread.

FlyersFan
Probably this movie - Abraham Lincoln in Illinois
I couldn't sleep one night and just happened upon it. Excellent movie.
Too bad it was on at 2:00 in the morning ...
People should see this movie. It was fantastic. IMHO


I know I've seen brief cuts from the movie, maybe just seconds, and have seen stills, but can't recall ever watching the film. And I enjoy historical movies. Will see it for sure when the chance arises, or will pick up an old copy somewhere. Thanks!


Cosmos, I watched it billions and billions of times. Carl Sagan was like the Isaac Asimov of PBS, and gave everyone who ever watched Cosmos either a new experience of understanding and appreciating astronomy and its related fields or the personal nudge in that direction from a guy who communicated very well.

I Claudius, I Haven't seen it. You've provided a good summary of what to expect.


Cosmos, I watched it billions and billions of times. Carl Sagan was like the Isaac Asimov of PBS, and gave everyone who ever watched Cosmos either a new experience of understanding and appreciating astronomy and its related fields or the personal nudge in that direction from a guy who communicated very well.

I Claudius, I Haven't seen it. You've provided a good summary of what to expect.