Teacher strikes in the UK

posted on Oct, 15 2013 @ 04:53 AM
link
Now I know this only effects the UK at the moment but I would like everyone who is against the teacher strikes just to read this, for I am sick of all the moaning.

1. Pay increase: In the public sector as a whole, people have been asked to work longer hours for less pay since I can remember. The official pay freeze 2 / 3 years ago from Government hasnt helped, but I personally have not had one in 5 years in the public sector but still people I meet think Im earning mega bucks but in fact Im under the national average. Teachers in the UK for a normal public school wages range from £22k starting to £30k depending on skill / position in the school. So the top end is just over the national average.

In short, teachers do not earn insane money to teach your children. People say £30k for 6 hours work a day for 5 days a week with up to 10 weeks off a year is easy money.

No - This is short sighted. At my place of work the average is £25k a year (under average).

So leaving 4-6 weeks, still a lot yes but for up to 75 hours a week for your children? Worth it

2. Pension Scheme: Over the last few years, this has changed more and more for the public sector, we are now expected to put way more in to receive less which is MUCH WORSE THEN THE PRIVATE SECTOR. I recently compared to someone earning the same in the private sector, I was forking out an extra £60 a month to receive LESS with LESS protection on it.

3. Better treatment: Teachers are seen as an easy target now, people not knowing what really goes on in the classroom after they leave school for good. Seeing teachers pulled into meetings in which their future is decided because a STUDENT ATTACKED THEM causing sometimes severe injury. Then seeing a community turn against a teacher because another student attacks them and they defend themselves. How is this seen as fair, I know they are meant to be "protectors" but when they cant even defend themselves we have a problem

4. Funding in general: Most of the educational establishments I know of and speak with (due to my job) have seen loses of between 20% and 30% in funding per student. Working with aging equipment which cannot be replaced for years, working with out dated books and trying to make the most of these resources is an amazing feat to witness. Each government pledges that they will increase the number of A+'s in GCSE's and A levels by increasing funding then instantly back tracking, increasing student numbers in schools, less money for schools, more time teachers have to put in....


How is this fair?


To ALL who say "its their choice to be teachers". Look at it this way, if EVERY teacher who is going on strike on Thursday decided to quit on Friday because its their choice..

Picture how screwed the country would be.

posted on Oct, 15 2013 @ 05:00 AM
link
On one hand. It is their choice. They knew teachers were low paid before going to college. Teaching has to be a passion and not something to expect to get paid alot for.

On the other. I think teachers should make more then they do. The strain of having several classes of ungrateful kids and parents can make that passion die. A little higher pay I think would help them keep their spirits up. Hard to love what you do when your financially a wreck.

My mother was a teacher. I can sympathize with their plight.

Isittruee
On one hand. It is their choice. They knew teachers were low paid before going to college. Teaching has to be a passion and not something to expect to get paid alot for.

On the other. I think teachers should make more then they do. The strain of having several classes of ungrateful kids and parents can make that passion die. A little higher pay I think would help them keep their spirits up. Hard to love what you do when your financially a wreck.

My mother was a teacher. I can sympathize with their plight.


Believe me I agree with both statements. I myself am not a teacher, Im support. I wont be striking (Mainly because of the IPO thats just me!) but I am sick of the way people talk about teachers. Massive rant mostly over


wages range £22k is to much wor this 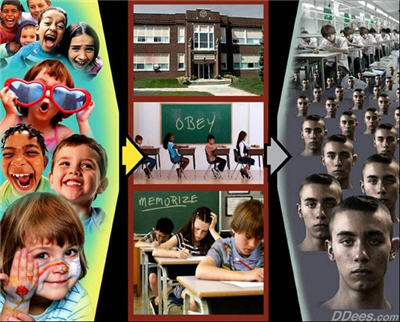 However my wife is now a teacher and I know how many
hours she works at home.

She starts at 6:30 and finishes about 21:30 virtually
every day, I can't remember the last time weekend work
wasn't scheduled.

Man was I ever wrong about teachers

posted on Oct, 15 2013 @ 07:39 AM
link
Should be basic hourly rate for teachers, along the line of £15-25 PH, with a nice Bonus depending on how many of students pass their qualifications.


We have people who are leading and shaping our young generations been paid pennies, and then we have politicians who are lying and deceiving every generation on 3 wages, 2 houses and subsidizing their own companies with our tax's and saying that everybody in public sector has to have a pay freeze & then giving their selves (Politicians) an extra £3,000 a year on top of their £65,000 claim back everything wage.

posted on Oct, 15 2013 @ 07:56 AM
link
My partner is a teacher, and believe you me she works all hours as well as trying to look after our 2 year old while I work in the evenings.
Its not the teachers at fault...its that a****** Gove...he hasn't got a clue about teaching, or education, and is completely unqualified to do the job....a bit like all the other MP's....
Things that worked fine for years they want to change just to keep them in a job....Bastards!!