posted on Sep, 24 2013 @ 09:47 PM
link
Alright, I've never posted a rant before but this is just too much. In light of all the SHTF pronouncements and the Grid-Down FEMA false flag set for Nov 13 & 14 it seemed prudent to prepare for the worst. Even got my bug out bag ready.

What next? Hmm... better find my local FEMA camp so when things go down I know where it is. After all the government is gonna take care of us right?

OK this looks good. Supposedly I even have a few choices so let's take a look.

Well, been to this one before and the traffic sucks. Plus the last time I was there they pulled me out of line and stuck me in a 10x10 plexiglass box for quite a while. Nope this won't do at all, no more than 20 of us could squeeze in anyway and I prefer more room.

OK this ones a little better, I remember it from 1999. Cops were pretty mean though plus warehouse feel just didn't thrill me. Traffic's horrid in the afternoon as well.

Ft. Lewis / McChord AFB – near Tacoma – This is one of several sites that may be used to ship prisoners overseas for slave labor.

Wow! Does this one brings back memories. I was interred here for three years but it was some time ago. Maybe they've improved things since then. Still it's a long drive and the last time I was there they made me dig a lot of holes. Man I think that place is where rocks come from.

Okanogan County – Borders Canada and is a site for a massive concentration camp capable of holding hundreds of thousands of people for slave labor. This is probably one of the locations that will be used to hold hard core patriots who will be held captive for the rest of their lives.

Hard core patriots, this is the place for me! Not sure what I'll do with hundreds of thousands of slave laborers though. Maybe build a wall like China has. On the plus side it seems pretty big, plenty of fresh air and is close to home. Yep this ones for me.

No! I went to the Google map of where the camp is supposed to be but can't find it. Even looked on the satellite map and it wasn't there. ATS do you think they camouflaged it or maybe put it underground. You know to keep the patriots secure? 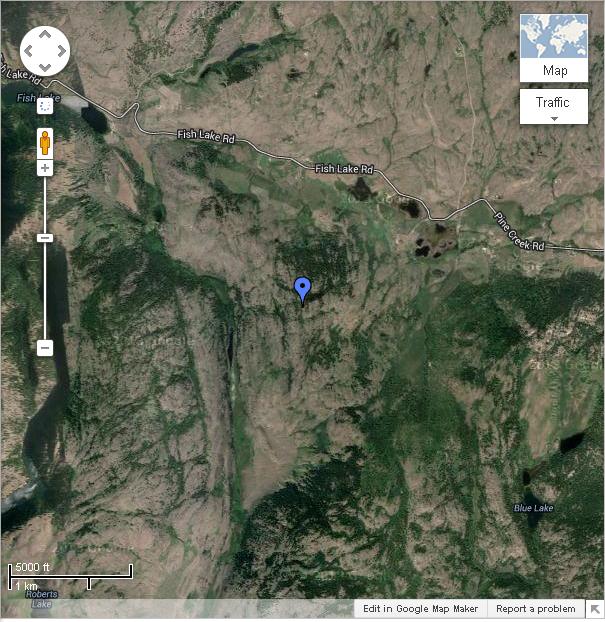 See this is a problem. It's supposed to be right there! Help! Where's My FEMA Camp!?!?


Okanogan Co., I think they scrubbed it bud. Not that I'm a PShopper, but anything that size that's supposed to be flat dirt would show up at that magnification for sure.
It's a sorry commentary when they have to hide your retirement hooch...

Hell who wants to be at the end of a gun and sent to wherever you are looking for? I would rather learn how to drive a APC or fire a fire hose...
cant beat em join em...
Family of 7 counting the wife and I, dude needs a job...


Thanks TerryMcGuire. It's 99% true too.


Keep looking at your Neighbor states None there either! Well a few run down old WWII internment camps which are basically tiny museums and couldn't hold a tissue in the wind! LOL Or there are some severely overcrowded prisons! LOL


Okanogan Co., I think they scrubbed it bud. Not that I'm a PShopper, but anything that size that's supposed to be flat dirt would show up at that magnification for sure.
It's a sorry commentary when they have to hide your retirement hooch...

I think they decided the plan B retirement option is a lot cheaper then the FEMA camps.

Sorry guys, guess the bullets were cheaper and they figured the Chinese that commit suicide
at the Foxconn plant could be imported because they just kill themselves instead of prepare
for civil war2 like 33% of the country is doing.

Nothing says retirement like 1.6 billion rounds of hollow point.

I think its absolutely hilarious the banker types over at Forbes want to have a "conversation"
now that they realize they game has gone astray, ROFLMAO....

Man I am so gonna be hiding my arse when this all goes to hell in a handbasket.

This is going to make the 1st civil war seem civil by comparison....

WHO NEEDS TO RENT TERMINATOR WHEN YOU CAN STAR IN IT !!! LOL

Probably left the chameleon circut on and now `they` can`t even find where they left it. That or it`s lost somewhere in the future or the past yet to happen lol!

Okanogan County: Question - are there disused silver mines in that region??

Not that I'm aware of but there was silver mining in Stevens county, which is pretty much right next to it.

Are you thinking the camps are underground?

If there were to be any camps, and not easily found, my money is on disused gold/silver mines in that area. My limited knowledge of North-Western USA history points to that possibility.