Syria says will never give in 'even if there is WWIII'

Yes. Or you'll Youtube him to death, with 'clever', appropriate sound bite clips when you can't find your own words.


Ok,
I'll take the bait,
just this once,
before I log.

You have no idea who I am do you.

This is dedicated to Assad
and all the peace nicks.

Watch out for those false lights.
edit on 5-9-2013 by mikegrouchy because: (no reason given)

This is MUCH bigger than Assad playing with chemical weapons.

Or indeed NOT playing with them, as the case increasingly looks to be.

Ok,
I'll take the bait,
just this once,
before I log.

You have no idea who I am do you.

What im wondering is....what all has Assad done after the gas incident since Obama first said he wants to strike? Instead of the US striking in a split second, he now has had all this time while waiting for a yes/no vote in the US Congress. Has he begun "prepping" so to say for his retaliation?


I've been waiting for him to act out a preemptive strike that he (Assad) has been going on about.

But how? When? Where?

Sitting here on a little island well within the range of Assad's missiles - a little Island that has a huge US military base? Yeah, I wonder. 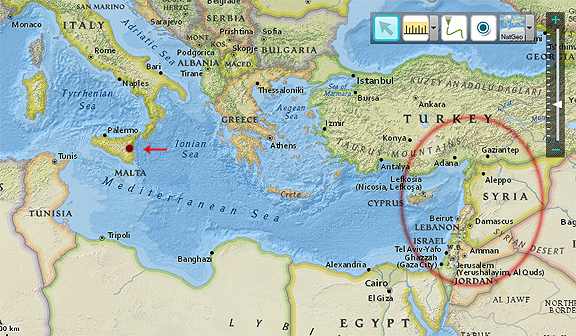 
"The Syrian government will not change position even if there is World War III. No Syrian can sacrifice the independence of his country."

The problem with Assad is that he's too much like Ahmadinejad. Unlike the other dictators who were captured and killed by their own people, he will most likely kill himself and the majority of his people with him to prove a worthless point.