posted on Aug, 19 2013 @ 02:04 PM
link
Californian couple, husband and wife, Laurie and Mike Nowland are planning to build the biggest mausoleum on Earth. Location of the Cross will be in Nevada desert near Reno. The size of the mausoleum was described in their homepage like this and its so huge it will be seen from space. 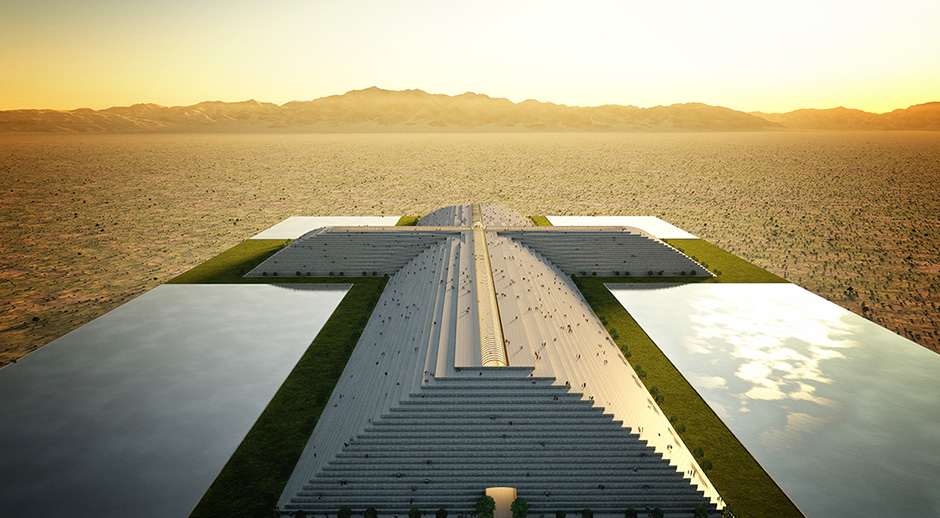 The funding of this project will come from selling the final resting places for those who can afford it and chooses to become part of it. They estimate it will cost 2 million dollars to build it. The first 400 members will get recognition and their names in 8 panels in hallway and amount of money they invested as their "donation" to the project and will be called as a founders of Great Cross Alliance.

They are planning to have whole Bible written on the walls in four languages, English, Spanish, Chinese and Hindi.

So after reading their homepage and thinking all about this, i can´t help but wonder how this serves the God and what people who get involved with this project believe to achieve ? To me this drops in the category "get rich using religion" and the victims are those who wants to redeem their place in Paradise with money. But not like the other hoaxes in christianity ( money greed preachers ) the "donation" is one time only.


When the judgement day comes this building is so big God can´t avoid seeing it.. tho

Luke 6:20-21 Then he looked up at his disciples and said: 'Blessed are you who are poor, for yours is the kingdom of God.

Intresting to see your thoughts about this ! Can´t deny it looks impressive and harmonious... 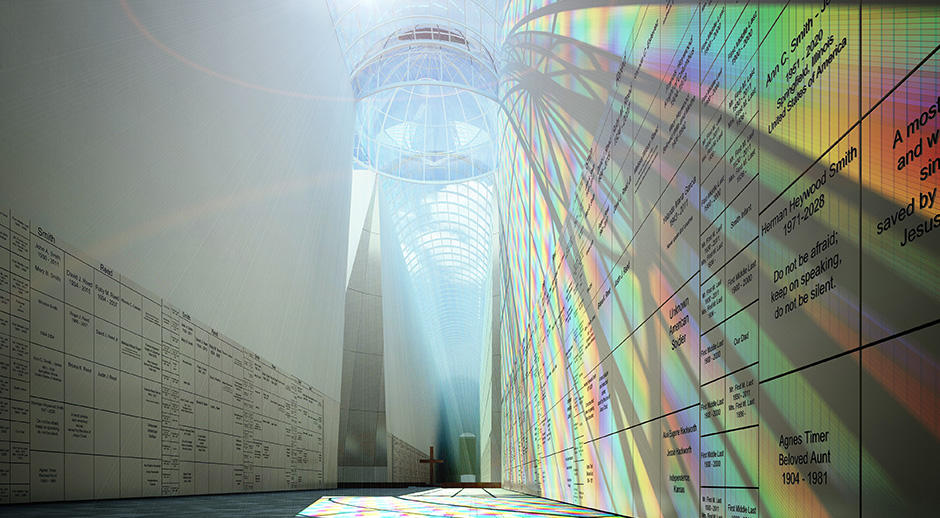 Why not raise money for something a little more useful like charity?

I agree this is nothing more than a way for the ones building it to get rich. Religion is a gold-mine when it comes to that, just look at the Vatican.

Also, I thought the cross gave life? Why then are they burying a bunch of dead people in this cross? Seems kind of backwards.
edit on 19-8-2013 by 3NL1GHT3N3D1 because: (no reason given)

I'm sorry. This money could best be used to help others who are in need physically, spiritually, personally. This is so ego-centric it seems to me. JMO though.


Count me out! Last thing thing I'd want to associate myself with, after death or before, is a torture device used to instill fear.


I would value it more if it would be just a monument and place to find peace to those who seeks for it. But to my eyes this kinda shouts out loud "Jesus died.. so did we.. see us.. and we had money "

IN Egypt's sandy silence, all alone,
Stands a gigantic Leg, which far off throws
The only shadow that the Desert knows:
"I am great OZYMANDIAS," saith the stone,
"The King of Kings; this mighty City shows
"The wonders of my hand."
The City's gone,
Naught but the Leg remaining to disclose
The site of this forgotten Babylon.


For me the figures don't add up.

There is no way in Hell that a structure of that size can be built for 2 million dollars. It certainly has to be a very serious typo.

It does seem like an interesting idea though and I am certain that those who have the money would pay it.


This is no different than the grandiose statues and monuments of the Greek gods, the Roman gods, the Chinese gods, the Aztec gods, the Indian gods, the Cambodian gods, and so forth. Just like the clock on your wall, we have went full circle when it comes to religion, worshiping something outside of you instead of looking within. Folks, the Kingdom of Heaven is not here or there, in the trees or under that rock. It is not in your books, statues, monuments, crosses, nor churches. It is not with the saintly robes nor the beautiful decors in your giant Cathedrals. It is not in your pocket nor anywhere near your money and riches. IT IS inside of you, your mind, your consciousness. You will see God when your consciousness has been raised to that level of energetic vibration. There you will find the Kingdom of Heaven.

No way in Hell would I want to be buried in that gigantic monument to Pharisees; I'm getting cremated, I don't want to take up any more space on this planet than is absolutely necessary after I'm dead.

Donate the money to food pantries and goodwill for clothing, people need it, especially these days.


Hmm, it would probably cost half a million just to buy the land. Oh wait, it's not going to be built on public land is it?

Maybe someone donated the land.. we dont know.. we were not told
According the pages


The Great Cross will be built with a modern compacted earthen core, covered with a reinforced, waterproofed concrete shell, and 600,000 precisely fitted vaults made of a brick-like synthetic stone. A brilliant, shining white.

Don´t know how much those elements really costs but building from elements are cheapest way to do it. Also spotted that wife of the Nowlands family is real estate agent with marketing degree, they also accept donations like donating a tree costs 500 dollars ( for a young tree plant its a lot of money, in here those costs about 15 to 40 euros depending the size ) so there is a lot of "loose money" in these prices. Also you can support soon buying items from their shop online.. marketing. the husband of this team is industrial process engineer with a B.S. degree in Operations Research so i doubt there is a big failures in costs ( there can be.. we are all human ).

To get building started they need first 400 people to buy vaults.