posted on Jun, 10 2013 @ 03:23 PM
link
A women taking photographs of a building that is hundreds of years old, has caught a very unusual object on camera. The photo below shows a picture of a very old castle, with a flying object, that appears as if it is a missile, flying overhead the building, or possibly even farther.

The photo was taken by Corinne Federer, a woman who was visiting the Muiderslot Castle, located in the Netherlands, with her mother.

Ben Hansen, who was a past FBI agent, has stated that the image is probably not CGI, which means that, with his conclusion, the object in the picture is in fact an unidentified flying object. He stated:


“The object’s appearance is internally consistent with the rest of the photo. For instance, look at the darker area of the underside of the object compared with the clouds. The shadowing is similar on the underside as well as the lighting on the top of the object and the clouds where the sun is brightest. Having the sun in the frame is helpful because it indicates where shadows should appear,”

The person who took the picture, Corinne Federer, stated that:

“If it had been any type of missile, it would’ve had multiple fins, but facing the same direction. We heard nothing, it was completely quiet out.”

The woman stated that she was using High Dynamic Range photography to take the photo.

Another statement she made was that:


“The most interesting part of that, for me, is those fins are on the opposite side. At first, I thought the fin side must be a tail, but after looking at it from the second image, it almost looked like the fins were (at) the front and it was turning around and coming back into the frame,”

(Quotes from Huffington Post article on this UFO case)

Here is the video containing the photographs of the UFO:

edit on 10-6-2013 by extraterrestrialentity because: (no reason given)


Agreed , this is how the pictures were taken .


Federer, a supply chain manager for adidas in Amsterdam, and an avid photographer, was shooting High Dynamic Range, or HDR, photos of the castle. "In order to create HDR images, you take three or more exposures -- this one happened to be five -- and you shoot them all at the same time, because you then overlap the images and it gives you the full spectrum of light, which your camera can't capture but your eyes can," Federer, 43, told The Huffington Post in an exclusive interview.
www.huffingtonpost.com...


I use HDR photography all the time. The shots are not taken all that the same time, thats impossible with a single camera. they are taken one after the other in quick succession. The time gap between the pics depends on the camera and the speed of the exposure.

You process HDR with a special program , most professionals use photomatix pro 4.0. So i just saved off the 4 images to process them with photomatix but they are all different sizes. Which means they have been altered in some way, maybe just cropped but altered all the same.

So re-cropped the images to the the same sizes and them fed them into photomatix and performed the HDR merge that gives to the full spectrum of colours.

This is the result raw (non-enhanced): 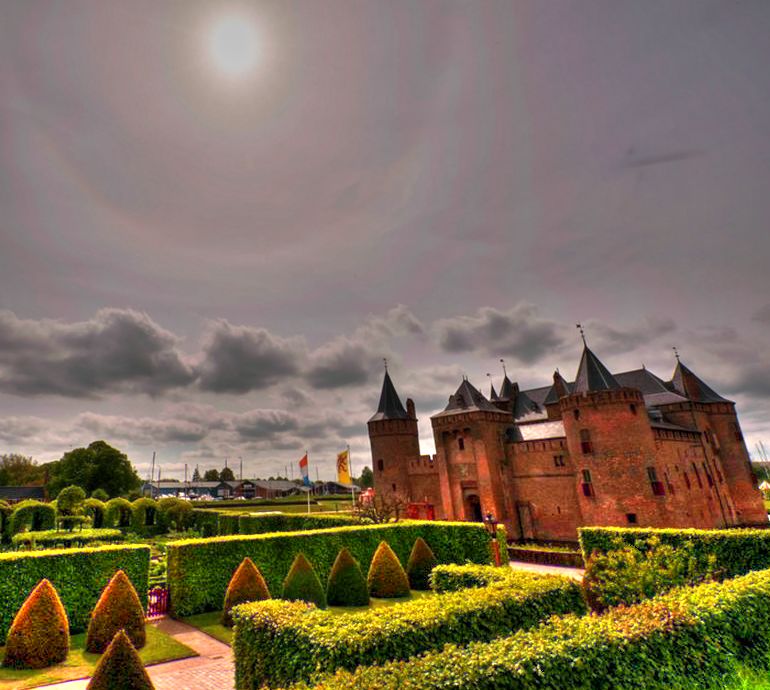 Normal i would tidy it up with post processing but i let it raw from photomatix.

Because these were taken with a 1second exposure its very much likely to be a slow moving bird. anything that moved quickly would have left a fainter streak that was a lot longer.


Hah a bird with such elongated body - no.

- a hoax (photo manipulation, easy to make such a blurry effect)
- a weather effect, cloud or a mixture of it when taking the picture
- any other effect - gas. smoke, it has no body or shape, looks like a cloud can make such a shape

The shots are not taken all that the same time, thats impossible with a single camera. they are taken one after the other in quick succession.
The time gap between the pics depends on the camera and the speed of the exposure.


Would that not help create the elongation of the bird caught flying past the camera ?

Originally posted by gortex
reply to post by PhoenixOD

The shots are not taken all that the same time, thats impossible with a single camera. they are taken one after the other in quick succession.
The time gap between the pics depends on the camera and the speed of the exposure.


Would that not help create the elongation of the bird caught flying past the camera ?


I think each picture was taken with a 1 second exposure which means the shutter was left open for a whole second and the blur was in the EV +2 (lighter exposed picture). Though in HDR photography the lightest frame usually gets left open slightly longer than the rest.

That means whatever is in the frame moved that much in one second producing a blur or smudge effect. In my opinion it is very likely to be a slow moving bird. Anything faster would have produced a longer blur and anything slower would have been more defined. 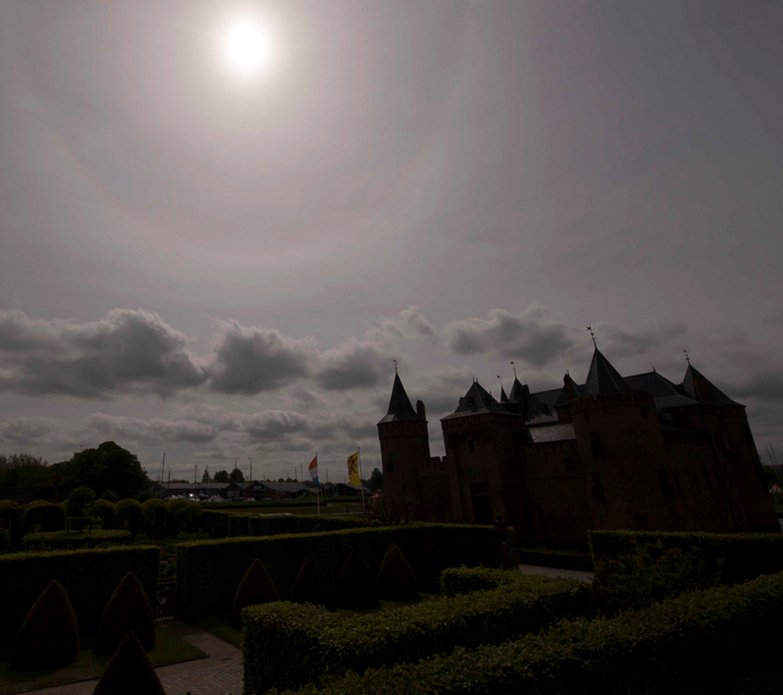 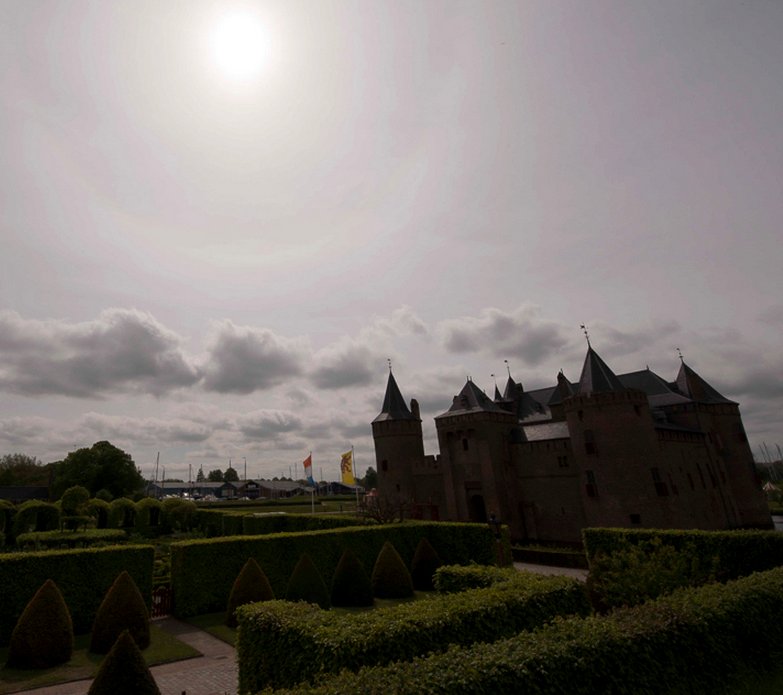 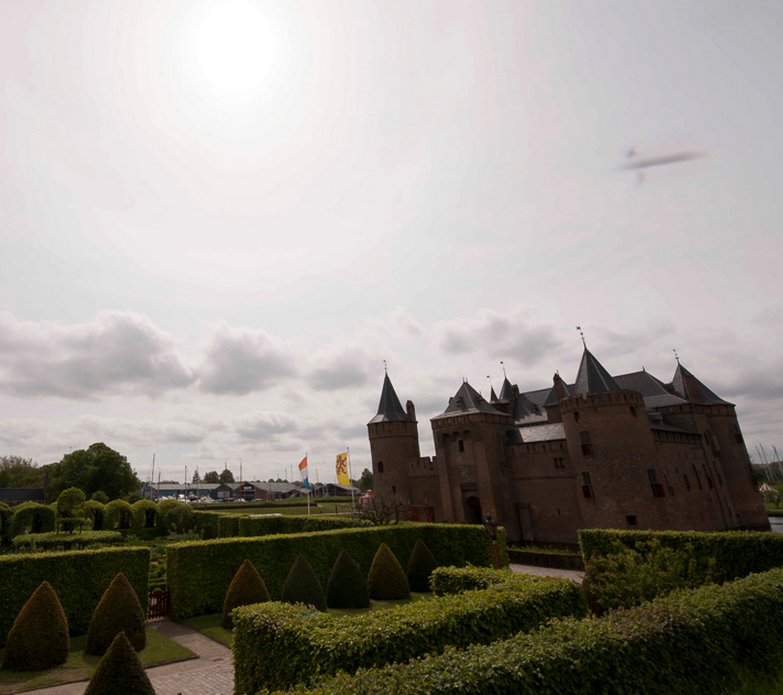 And this is my HDR processed and enhanced 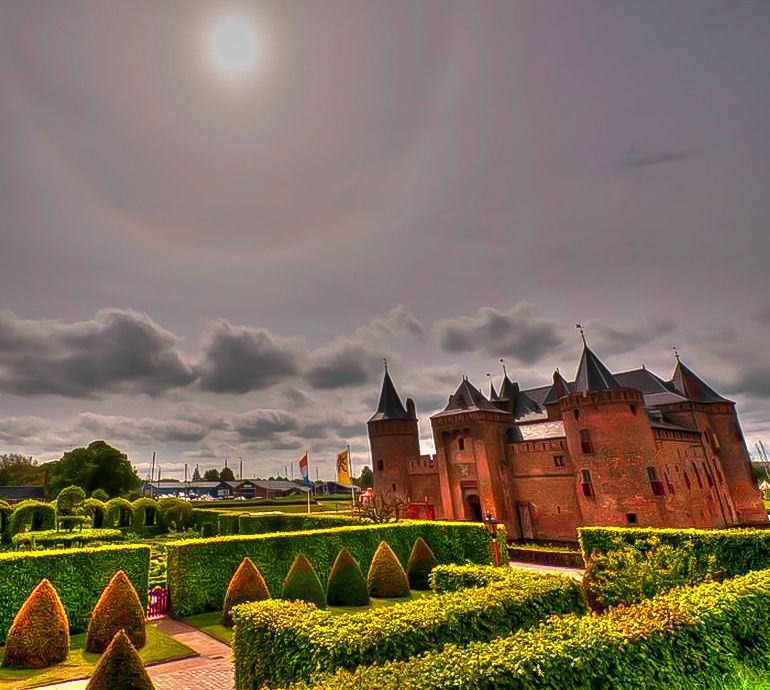 
I am reading a variety of things about this sighting and those who have studied the film are saying at least it has not been tampered with. They mention the shadows cast by the sun on the underside of the object are in keeping with the clouds. In some other reports they say it might be a bug. So, are we looking at sunlight on the underside of a bug? That seems impossible but less impossible than than a UFO I guess. If I could flag you I would but I am new so gave you a star. When I get the training wheels off maybe I'll come back and flag the thread because I am interested in seeing all the new UFO reports so I have a chance to see what the fuss is about for myself!


Hah a bird with such elongated body - no.


If you think that bird has an elongated body...
You should see a flamingo!

posted on Jun, 10 2013 @ 09:14 PM
link
if the bird had its wings spread at the beginning of the shot,then folded under near the end,it would give it an elongated shape in a long exposure

Originally posted by PhoenixOD
reply to post by gortex


I use HDR photography all the time. The shots are not taken all that the same time, thats impossible with a single camera. they are taken one after the other in quick succession. The time gap between the pics depends on the camera and the speed of the exposure.

You process HDR with a special program ,]


Not 100% correct as some cameras will take 3 or more pictures in quick succession and do the HDR process in camera!
You were also wrong about the shutter speed see below for a one second exposure a bird would probably not show and it would travel a larger distance than the exposure shows.

posted on Jun, 11 2013 @ 04:45 AM
link
A bird or an insect. The "stretched" appearance is simply because the object was moving very fast with respect to the camera shutter.

I live around Amsterdam, everything here is near Schiphol one of the most crouded airspaces. Every 2 min's a plane goes by. 99.9 % it's an airplane.

Originally posted by butcherguy
I know that no one will want to hear this, but I think it could be a bird.

Or even an insect. Like EVERY UFO photo/video, quality of the anomaly is too low to really say what it is. Also (as always), no way to judge distance or size, so I'm saying Chinese lantern fueled by swamp gas.