SANTIAGO/BUENOS AIRES (Reuters) - Chilean and Argentine authorities on Monday declared a red alert and ordered the mandatory evacuation of a 25-km (15.5-mile) radius around the active Copahue volcano, which straddles the border between the two Andean nations.

"This doesn't necessarily mean the volcano will start erupting. But according to the Sernageomin (National Geological and Mining Service), the volcano is now in a process that could culminate in an eruption, for that reason we've issued a red alert and the evacuation," Chilean Interior Minister Andres Chadwick told a nationally televised news conference.

Authorities estimated that some 2,240 people will be evacuated in Chile. 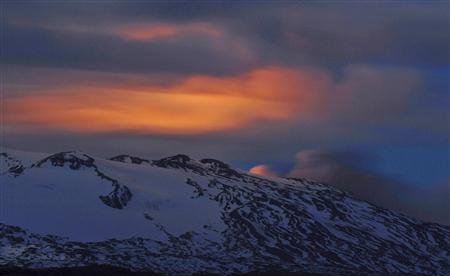 
Interesting for more than one reason, I must say. This is ATS, so I have to point a couple of previous events in the same area.

"Swarm of Lights Appear Over Argentina and Chile And Is Filmed From Six Cameras".


Now i hope all is safe

Leading in world rankings: Centro de Estudios Públicos (CEP) and Instituto Libertad y Desarrollo (LyD) both from Santiago, Chile. It is no coincidence that the top two think tanks are based in the country which also has the best corporate culture and the freest economy in the region.

Wonder how convenient would be an artificial mega-disaster o just the capacity to predict a natural one, for whoever has the technology. The way this game was played had changed, they used to inject puppet corrupted governments to keep the caos in Latin America.
edit on 27-5-2013 by Trueman because: (no reason given)