posted on Oct, 24 2013 @ 03:03 PM
link
Hey. Here's another picture of the new Indian aircraft carrier INS Vikramaditya, this time from above. 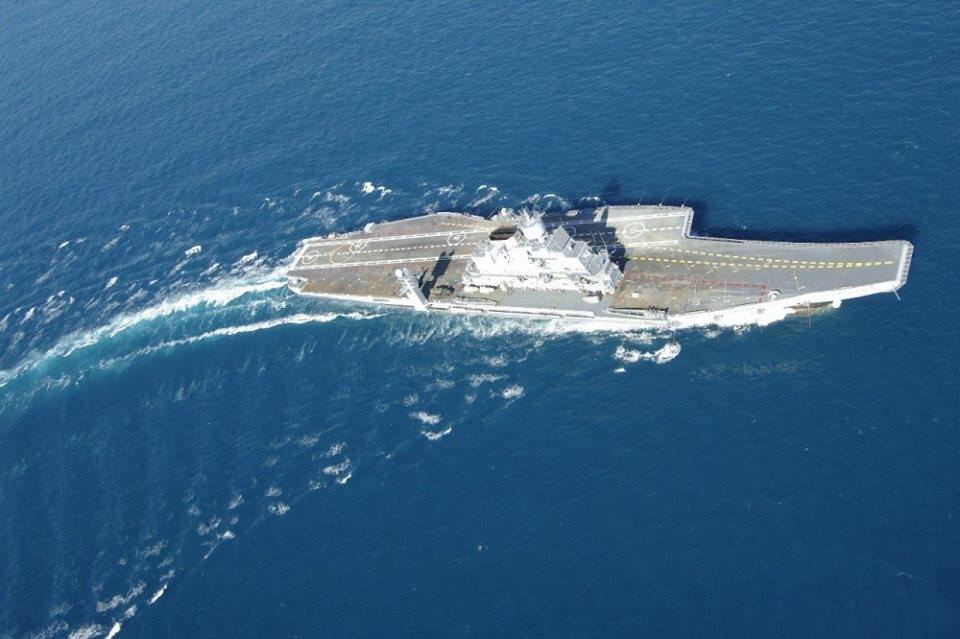 
When you consider though, that the Kiev (which she's based off of), was never meant to be a full up carrier in the first place, it's not a bad design.

That's what she looked like as the Baku, in Soviet service. So they were working with a ship that wasn't meant to be a full up carrier to start with, and was already built into a specific configuration. That means their options were limited with what they could do.