Do you think this is an alien or an illusion? 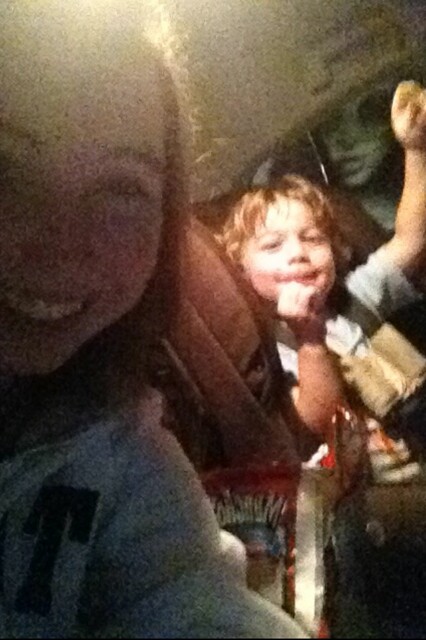 Edit to change link to pic.

did you have to censor the ENTIRE post, then leave the topic open?

..and now someone is supposed to come here and post comments?
[edit]

is this pic supposed to be something..? i can see the face but this doesn't mean anything? perhaps if there was some kind of backstory to the picture? then that wouldn't really mean anything.. maybe this was censored here for a reason after all? O_o
edit on 20-5-2013 by UNIT76 because: wtf?


no backstory: pic taken inside car (while moving?) [cue twilight zone music] looks a bit like another hoax. probably with rate, comment, subscribe attached to it somewhere
edit on 20-5-2013 by UNIT76 because: cynicism


It was lies now it's an image.

posted on May, 20 2013 @ 02:49 PM
link
Sorry about that people, I linked from a site that offended ATS so I had to find the original on reddit and swap links. Considering it is the first pic I have put up one mistake is not really a biggy is it? I didn't do it on purpose.

Its a picture of an Alien printed onto something, its as much of an illusion as the other image the kid is sat on. .

If somebody falls for this then I could probably give you the scariest experience of your life with a card board cut out of the Alien from the movie Paul.

posted on May, 20 2013 @ 02:52 PM
link
reply to post by Onami
Looks like someone put an alien poster on the car window from the outside trying to be funny. No big mystery here- just having fun with pictures.

posted on May, 20 2013 @ 02:56 PM
link
the nose and lips are very human.anyway, if you take a pic inside a car at night the window will just reflect whats inside the car.


I was thinking it could be something like that or like when one image accidentally spills over onto another. Like when you look at the sun or lightbulb then look away and see the sun every time you blink. Or a pretty female ET being nosey lol.

The OP does not give much info other than she believes there was no one outside the car.

Looks 2-D to me, so I'm thinking either a poster outside or reflection in the window [+ pareidolia].

Full, pouty lips for an alien, [nose too], so it might be a billboard/poster of a girl with sunglasses.
edit on 20-5-2013 by draknoir2 because: (no reason given)


Clearly a picture of a woman in the back ground, do u live in Washington state or Colorado


It's not an alien in the photo it's a fashion model wearing sunglasses. I've never seen a depiction of a grey with full lips.


Fist of all, if we're saying that this is a typical gray, I would say not. From all the descriptions and drawings of grays, none have lips or a protruding nose. I say its just a human face with bad lighting and reflected shadows from an object onto the concave area below the brow. The eye area below the brow is concave, so it can easily cast a shadow depending on the angle of the light source.