JP Gov to lift all the hazard areas in Fukushima


JP Gov to lift all the hazard areas in Fukushima
Posted by Mochizuki on May 7th, 2013

On 5/7/2013, Nuclear Emergency Response Headquarters of Cabinet office announced they are going to lift the hazard area in Futaba machi Fukushima as of 5/28/2013.

There will be no hazard area in Fukushima.

Japanese government is performing decontamination in Fukushima. Through this endless attempt, they produce extremely radioactive waste. They are planning to build the interim storage facility in Futaba machi.

The former town mayor, Idogawa was opposing to accept the interim storage facility before resigning.

He commented, “Like in Auschwitz camp, our DNA is massacred in Fukushima prefecture just like guinea pigs”

167 of 1,200 evacuees from Futaba machi to Saitama have already died in shelter [URL 3]

Mod Note (This Appears On Every New Thread Page):
AboveTopSecret.com takes pride in making every post count. Please do not create minimal posts to start your new thread. If you feel inclined to make the board aware of news, current events, or important information from other sites; please post one or two paragraphs, a link to the entire story, AND your opinion, twist or take on the news item as a means to inspire discussion or collaborative research on your subject.

posted on May, 7 2013 @ 06:15 AM
link
I hope the bastards can live with themselves for what they've done and are doing to the population there.

I sure couldn't. Even the Russians didn't try living in this level of Fantasy land. Obscene. Absolutely friggin obscene. That site should have been taken from them by force. They haven't had the ability to properly handle it for the well being of human life since the day it blew.

Now...how long until the 'argue anything, with anyone, just 'cause it's fun to argue' people are along to say the laws of physics suspended themselves in that place just for TEPCO and Tokyo come along to say it's true and it's all just fine, that fast?

I say we throw them all in the water out there and let them swim to shore, through the radiation they insist isn't there.

posted on May, 7 2013 @ 06:32 AM
link
The hazard areas are sort of unrealistic anyways if we looked at any of the dozens of projection charts released by any of the multiple organizations who produced them.

The ocean appears to be the biggest issue (globally speaking) when we speak of hazards.
What scope and how damaging the hazard will become is unknown, but it will not be pretty.
This is a disaster type that plays out in slow motion over decades.

And they say decontamination is underway but that's not really within our technological reach.
How do you collect every little isotope laying around over hundreds of miles of ocean and land? Some we can just let decay naturally but many others last thousands of years, we have no alternative but to collect them.

We honestly cannot handle a real clean up of this nature until we develop new technology to address the problem. There are a lot of possibilities, but I prefer non-invasive approaches. My favorite idea is the 'nuclear vacuum cleaner', basically the theory is to apply various electromagnetic fields to manipulate and "suck in" various specified elements into a containment vessel.

That kind of stuff is pretty far out of reach currently, but I presume with sufficient funding and research such a thing could be developed and deployed effectively.

..] The extent of active cesium (quasi-Cs137) contamination of Ayu [fish] is observed in the entire eastern Japan. The some level of the contamination is recognized even in Shizuoka prefecture, 400 km south-west from the plant. [...]

The serious accidents of the Fukushima Nuclear Power Plant have been contaminating a vast area in eastern Japan, home of 60 million people. [...]

The widespread contamination in eastern Japan 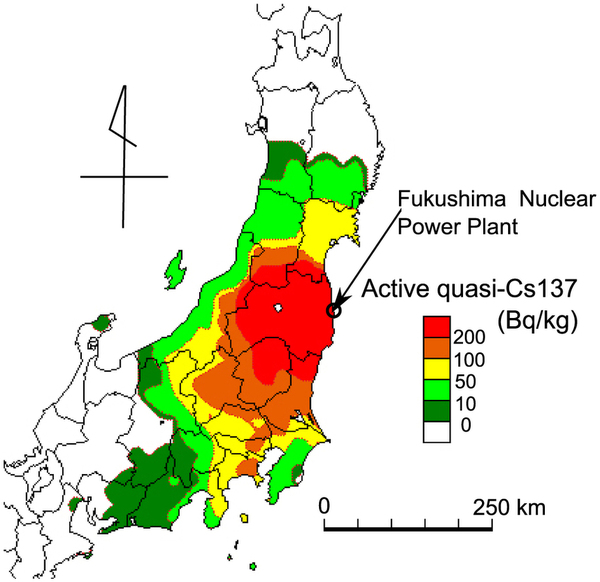 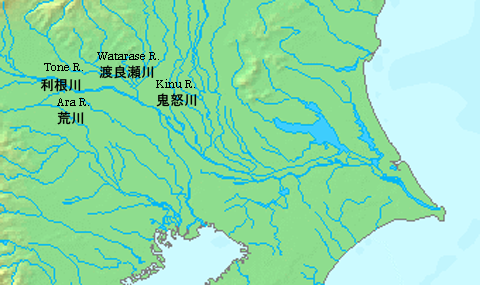 The world community should have stepped in and removed Tepco during the early days of this mess..could have saved millions

Originally posted by okiecowboy
The world community should have stepped in and removed Tepco during the early days of this mess..could have saved millions

So, you would have liked the 'world community' (your words - not mine) to have stepped in and taken control of a nuclear reactor that was out of their jurisdiction, and in the process would have started a war. Yep. That certainly would have saved millions.

Sure when the actions in one country put the planet as a whole at risk.

And War???? Have you ever read article 9 of japans constitution? They can't wage War.


JP Gov to lift all the hazard areas in Fukushima
Posted by Mochizuki on May 7th, 2013

On 5/7/2013, Nuclear Emergency Response Headquarters of Cabinet office announced they are going to lift the hazard area in Futaba machi Fukushima as of 5/28/2013.

There is a misunderstanding here which resulted in an incorrect thread title.

"JP Gov to lift all the hazard areas in Fukushima" is false. First, I don't see the word "all" in the source materials.

As far as I can tell, they are lifting the hazard area in one town (Futabamachi) which is a tiny part of the Fukushima prefecture, according to the source, though I'd be glad to get a clearer interpretation from anybody who reads Japanese and can get a better idea of what's really going on. I think the map showing the small green area may be showing where the hazard area is being lifted.

The below map on the right is from December 2012, showing what should probably be uninhabitable areas in red have declined over time since the left image: The red areas should remain uninhabited.

The green and blue areas are probably safe. So really the question is what about all the areas that are more radioactive than green and blue, like light green, yellow and orange? Apparently Futabamachi falls into this category, and personally I wouldn't want to live there.


You do, I hope, understand the difference between 'waging war' (acting as the agressor) and defending your country's sovereignity? Japan has a very well funded and highly equipped self defence force.

I can assure you that it's not there for show. If a foreign power attempted to meddle in it's internal affairs, Japan would have every right to defend itself with military force entirely legally. There is no inconsistency here as far as Japanese law goes.

Again. You consider yourself a 'scholar' and you don't know the difference between attack and defence?


I remember getting a ton of anger when I compared the Japanese mentality to that of a ww2 kamikaze pilot. The Japanese are such a foolish people when it comes to pride people it is almost hard to comprehend.

now what they should do since it will now be safe is to buy up a good chunk of the land at fair (non disaster zone) prices, and move the TEPCO offices there. build some really nice housing for the TEPCO executives and their families as well as the politicians and their families. let them lead by example showing everyone it is safe. oh they can also let people like Alekto move in as well (that is if he hasn't been moved in already with the above ). even build a nice cozy ocean resort for them so they can play in the ocean in their off time.

The Japanese are such a foolish people it is almost hard to comprehend.

I find your post rather racist. Stereotyping a whole people.

The Japanese are such a foolish people it is almost hard to comprehend.

I find your post rather racist. Stereotyping a whole people.


Here we go. Just like last time. My grandfather was Japanese he has now passed. I new him very well and the Japanese people have a ton of pride and do not really fear death. This is a good and bad thing. They are really good at not making a fuss. But I kinda think they should make a fuss about this.


And what I meant was foolish with pride. I edited the post above to reflect that.
edit on 15-5-2013 by SubTruth because: (no reason given)

I was going to suggest that too...the people that think the higher radiation levels are safe for habitation should be the first to live there.

One TEPCO executive did drink decontaminated radioactive water to prove the decontamination was effective, so maybe they would be willing to demonstrate they think the area is safe to live in by actually living there. It would be nice to see.

If your house is on fire and you don't want to call the fire dept, thats one thing.

But if your burning house starts catching all the next door houses on fire...the fire dept needs to come put out the fire even if you don't like it..

posted on Jun, 1 2013 @ 04:51 PM
link
The J-gov is so desperate to `get things back to normal` that they are willing to overlook clear dangers in attempting to repopulate the towns and villages near Fukushima NPP.

Also, they J-gov is trying export it`s infrastructure technology. In Japan, image is everything regardless of the facts or material conditions. Current PM Abe has been jetsetting around the globe trying to pure up nuclear technology agreements with other nations. This goes a long way in explaining why the J-gov wants to show at least the appearance that everything is okay and under control in Japan.