posted on Apr, 3 2013 @ 09:48 PM
link
BACON AND DRUG ADMINISTRATION ANNOUNCEMENT
The Bacon and Drug Administration has approved this post subject to further testing. Some side effects have already been reported. They include:

Bacon lovers are probably familiar with J&D's Foods, a Seattle company. They have already brought us Bacon Mayonnaise, and the Bacon Coffin.


And just when you hoped America's bacon fad was dying out, the company is also releasing Bacon Sunscreen.

Why? According to the release, "science has shown us that 10 out of 10 people prefer the smell of Bacon to coconut, which makes this the most anticipated new product of the summer."

But all of those products are small potatoes, nothing revolutionary. I am only listing them to prepare you for their truly revolutionary product. J&D's Food

now has introduced Bacon Condoms that claims to "make your meat look like meat."

As an added bonus, each condom is coated with its very own J&D’s baconlube.

From it press release: "Truly the new standard of animal protein themed prophylactics Bacon Condoms are proudly Made in America of the highest quality latex and rigorously tested to help ensure the utmost reliability and safety for when you’re makin’ Bacon."

THIS POST HAS BEEN PROVIDED AS A PUBLIC SERVICE. It has been designed to relieve the stresses of various other posts on Gun Control, North Korea, Obama, China, Israel, Atheism, etc. There is no reason for any arguments, or grossly inappropriate comments (unless they're funny, then U2U them to me).


Lmao, I honestly cannot think of anything more horrid - bacon smelling sun cream. Well hello sexy, I see you bring your own flies with you.

Mind you it will be funny to hear this on infowars as some twisted plan to make the zombies eat people who like to sit around in the sun all day.

Those guys are really tasty!

You are a delight. But you've only considered one possible plot. Isn't the NWO (or whoever, I forget) supposed to starve us into submission? Well, with enough "bacon" products we can be starved without realizing it. That way we won't put up any fuss as we collapse and die from malnutrition.

I am worried about what bacon product people will start chewing on in their hunger-induced delirium. (Brain bleach, nurse, STAT!)

do people chew on condoms?

Anyway for your bacontastic enjoyment. 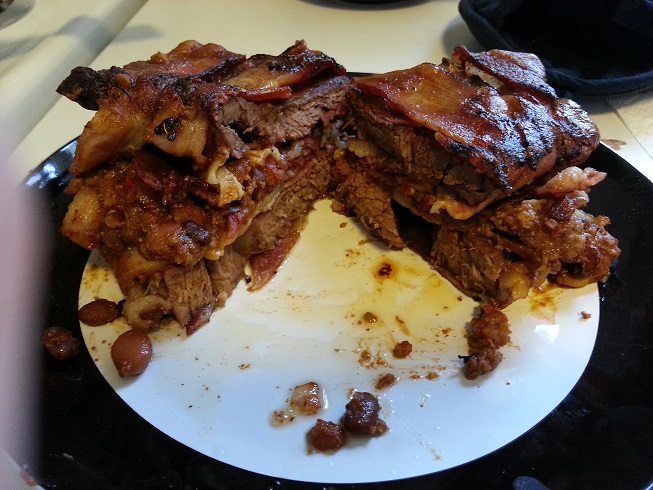 
That looks soo nasty. Something like the Newfie down the road would leave in my yard. Yet, I can't stop thinking about how delicious it would taste.