Bring in the light!

I made some kind of orgonite 45min ago.

What a great feeling I do have. It is outstanding.

So what I've made. I read about orgonite several years ago already. Now it came to be I searched for the info again. I have been having crystals of my own, and just yesterday had a necklace of labradorite that was broken, so I took all the beads off of the wire and saved them. Today was the day, waaaah, yeaeaeah, orgonite. I found metal particles. I had a plastic box. I had a crystal point (mountain quartz) and mountain quartz + labradorite beads.

The plastic box is like 5 x 5 x 5 cm. I made a layer of metal particles, then quartz and labradorite small beads, put the crystal point at the center and filled the whole tiny box with layers of quartz + labradorite and metal.

I
AM FEELING
GREAT.

Mentally the thing is working awesome on me. I cannot deny. My mind is clear.

It is great to feel like nothing is troubling and harrasing me. I have been having these disorders. It is like all is cleared. Awesome!

This site is where I've gotten the information from.

Now I've realized the dark blue and red energies that left me were negative. I'd say all that is not white light is negative. I've been fighting of these energies for quite a long time. It was devastating mentally and physically. Now I'm completely clear again. I just can feel it. Awesome. 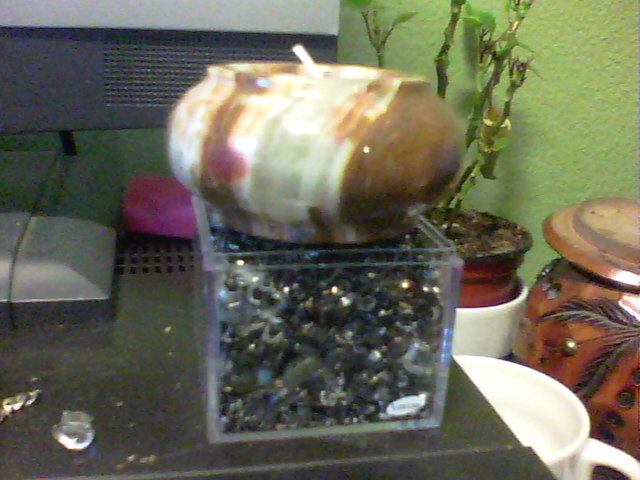 I've put my aragonite Theelightholder on top of it.


It's really been worth it.

So, basically, you assembled some materials in a box and then...did what, exactly?

posted on Jan, 22 2013 @ 11:09 AM
link
I've always been interested in orgonite and I have some crystals, but are we sure that the frequencies are beneficial and not amplifying their scalar technology or harming anything?

Originally posted by Angle
reply to post by BlueMule


And then some dark blue and red energies came out of you?


I don't judge, I inquire. I'm just wondering if the items triggered a mystical experience involving lights, because I've seen lights too. White and blue and green.


I assume Wilhelm Reich did enough research. I was a bit troubled too. I think there is nothing to worry about.


It was quite impressive.

posted on Jan, 25 2013 @ 12:56 PM
link
Here he is then. Iron + very little aluminium particles, laserquartzpoint, SBB coil in the bottom from copper wire at cubit lenght. + 30 quartz pieces I once bought in the form of a disinterference set, or to reforce? crystals etc. 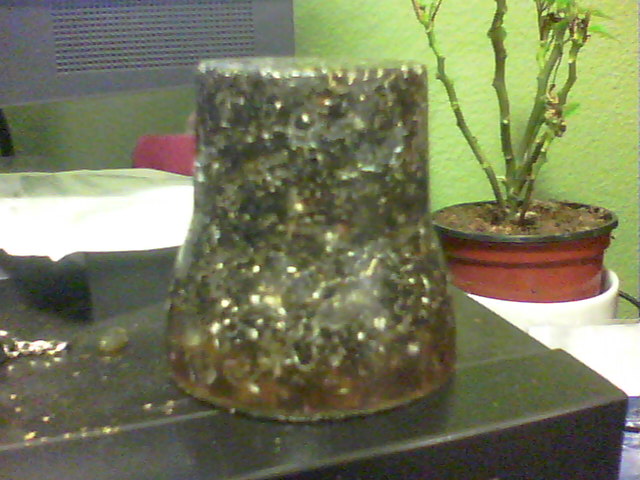 
Check this out lonewolf, maybe the orgonite is an instrument of good suggestion.

effect of orgonite on water in the freezer


can you feel it?

I spraypainted them, yes, them now, I made an additional second one. 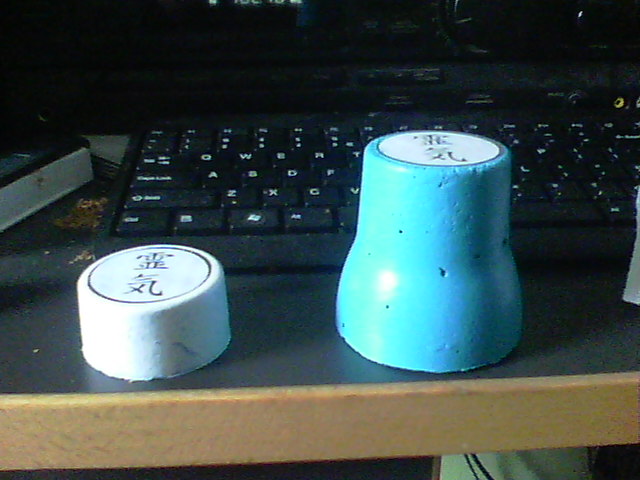 I put the japanese reikisymbol on top of it. The two are bazamin'.


You can see I make my own sigarettes not by rolling them. I came to know this is now illegal in the U.S.A. I am not a U.S. citizen. Although the very best to all of you!!
edit on 26-1-2013 by Angle because: (no reason given)

posted on Jan, 26 2013 @ 10:25 AM
link
S&F
Angle, thank you for creating this post as your mention of orgonite in another thread tweeked my interest but I haven't had a chance to explore it further.

I am a strong believer in the use sodalite gemstones & salt lights to help block the electromagnetic smog (that surrounds us constantly) from blocking my energies. And sodalite is an excellent stone for working with the third eye.

I have a nice clear quartz wand and lots of scrap pieces of wire from my jewelery making that I can use. Do you recommend using only one gemstone or would a mix work as well as I'm thinking stones that work with each one of the chakras, the rainbow effect would be pleasing as well.

Is there a certain ratio of metal to crystals, or just the fact some metal is included all that is required. This is fascinating stuff and I will be off to the craft store later to see if I can find a pyramid shaped box to put it all into.

I will let you know how I make out with it. Whooo Hooo a new project!

posted on Jan, 26 2013 @ 12:11 PM
link
The smaller the pieces of metal (copper, iron etc.) the better, and the more the merrier. let's say a 40 percent metal 60 percent resin is optimal?. One should add a copperwire coil in the orgonite, around the crystal. You need lot's of metal. One can add other gemstones/minerals. I haven't done this yet. I use the orgonite with crystals indoor. It is very cool man.

Now looking for a site I read too small particles aren't good but Don Croft himself says metalpowder is very good..

I suppose it works all fine. But I had more feeling with the one I made with very much small particles. When you make small hhg's as how they are called, I'd say use small particles. I have a very informative site about orgone itself but it's in dutch.

It says that metal attracts and pushes away the energy, thus a lot of metal particles together push and attract this energy to eachother 'awakening' the energy constantly. This is the principle behind it. The resin attracts the energy too, and the crystal does what the crystal does. Quartz is very fine and a must.


Yes, sodalite I myself like it very much too.

One can place orgonite or Hgg (holy hand grenade :roll near crystals and this will awaken and spread their energy.

Are there more questions? just ask, I have a malfunctioning keyboard but it can do.
edit on 26-1-2013 by Angle because: (no reason given)