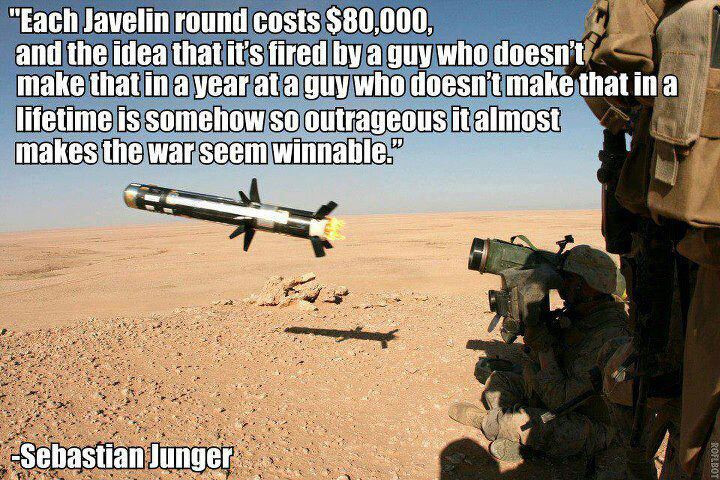 I think we should just have nerf gun fights instead.


This is how the wars of the future should be, we should all just play virtual wars with other countries. People can talk trash over their headsets at their counter parts in north korea.


Oh yeah, I'm challenging north korea to some counter-strike source, we can play on the korean server, I don't care.
edit on 12/7/2012 by eXia7 because: (no reason given)

I've only seen them used in a training ex.

AT4's is the bad boy on the block.
This is what replaced the old LAW rocket 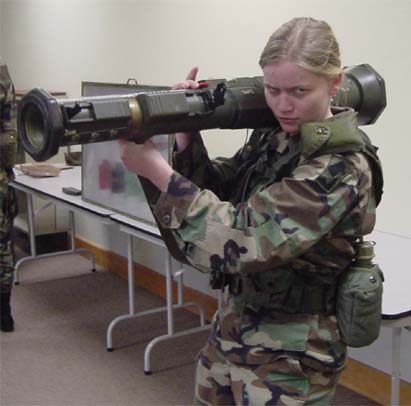 Used to be you could fire only a few of these ATs in one day, otherwise the concussion from the launch would mess up your insides. Now they got the new CS version you can shoot all day.

Never seen one used on a tank but they make a BIG hole on a block house wall! AT4 the ground solders version of a bunker-buster
edit on 7-12-2012 by MajorMayhem because: (no reason given)

posted on Dec, 7 2012 @ 12:51 PM
link
It depends on your perspective. Is it an expensive way to remove some entrenched Taliban, absolutely. Is it more expensive than the cost of the dead or maimed grunts if you did it with rifles? Maybe not.Certainly not to the people than know them.

War is cheap if life is cheap. If your society puts value on your troops lives then war is expensive.

posted on Dec, 7 2012 @ 01:06 PM
link
What he doesn't say is that the missile destroys a tank work $15 Million, and that it is rarely used.against soft unarmored targets.


Awww right, that's probably because the western powers haven't really had a war against a proper army in say, the last 30 years? Sand people and Arabs don't count btw

posted on Dec, 7 2012 @ 01:16 PM
link
When Richard Gatling invented the gatling gun he believed it would reduce casualtiies of war by reducing the number of troops required and by making war for the opponent futile. When I started my career I believed (much along the same lines) that if I designed smart enough autonomous weapons, eventually they would replace people on the battle field and the only casualties that would occur would be when a machine failed at it's job and everybody would be horrified that a human had died.

Sometimes when temperatures change rapidly, a target's thermal image is reflected off of boundary layers near the ground. I've watched Javilins when used in direct attack mode, skip off of the dessert floor (following the wrong thermal image) and still devastate the target. The Javelin is a formidable weapon, but the truth is that no matter how capable a weapon system is, we will just use it to kill more people. We're stupid.

Originally posted by dainoyfb
reply to post by steppenwolf86

Thankyou captain obvious. As I stated in my post, it would lot be used against soft targets, ie the Taliban. Read carefully before you post something you THINK sounds smart.

posted on Dec, 14 2012 @ 01:52 AM
link
Coming from someone who has seen one save lives I can say it is worth every penny. A dead service member costs the government(at the time I was in) 250,000$ I believe it has been raised to 400,000& since. So even if the missle saves one service member it's more cost effective. If you have ever had to enter a structure with armed men who want to kill you in it you have great admiration for weapons like these. It may be expensive but they save lives.

When I was phasing out of the Corps in 2007 the LAWs were being brought back into service. Man those are some cool little things as well as the AT4s and the SMAWs.


Originally posted by dainoyfb
reply to post by steppenwolf86


Thankyou captain obvious. As I stated in my post, it would lot be used against soft targets, ie the Taliban. Read carefully before you post something you THINK sounds smart.

Hate to break it to you mate but it is used quite regularly against the Taliban. See 1.24min into this vid.