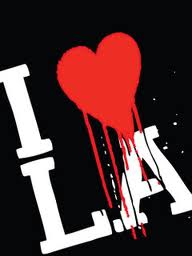 Decent piece on how bad its getting in California, and how everyone is being asked to sacrifice....except government workers with fat, fat pensions:

Where in the present distressed economy are there new corporate employment contacts that include defined benefit plans? The old name is a pension. In the corporate world, IRAs and 401 K are common. The dinosaur companies that accepted union contracts with future defined benefit obligations are out of business, either escaped offshore or are hanging on by their fingernails.

Why should government employees have a privileged position, when the realities of further municipal bankruptcies are growing daily? It seems that Governor Brown forgets his own rhetoric.

Poor old California is teetering on a knife-edge. San Bernardino has already defaulted on its payments to CALPERS but they expect CALPERS to turn a blind eye and bail them out without the cutting of pensions. Its time to ask ourselves whether or not we can afford the bloated pensions people were promised in boom times when everyone was drunk on prosperity. Some of us already know the answer is "no, we cannot" but it is well known there are many here in California who live in an eternal la-la land (and I'm not talking about my home city) of pie-in-the-sky fantasy. Time to come down to earth and make some hard choices, boys and girls.

And remember, Cali is always on the cutting edge. Today, our state: tomorrow, yours.

First of all there is no pension crisis, the accounting rules were changed. Try investigating what the Government Finance Officers Association (GFOA) said about public pensions, they are not in trouble. I know what the mainstream media says, try reading what the people responsible for that money say. Now lets consider this, we made promises to people, promises were also made to us. how do we justify not keeping our promises and then complaining that the government did not keep it's promises?

Now consider this, when stocks were skyrocketing, cities and counties and states cut deals with their employees. The local governments were required to match X dollars or contribute a certain amount, at the same time, pensions were not allowed to be more than 120% funded for X number of years, 3 in California. I do hope you are following me. The local government pensions were overfunded, they did not wish to contribute and believed that by increasing the amount of early retirements, they were allowed to not continue to contribute to the public pensions. The alternative was to give money directly to the people, the government employees, who paid into the system.

The deal was simple, the local governments were allowed to not contribute to the public pensions and in exchange, the employees were given a higher rate of return upon retirement, they did not have to work as many years; but, the government stopped contributing to their retirement funds. Okay, the economy turned, I think we all know that and now the government has to contribute to the retirements again. Well, they don't want to so they inflate the numbers. The local governments pay more into the retirements while reducing the amount of services and employees so that they can continue to bleed the pension accounts dry. Now read how they do it and all the fraud by looking up "Elliot Broidy"

Everything you said goes against what I have heard.

Be that as it may.
I have felt for years they should do away with pension plans in favor of IRAs and 401Ks.
That way you really do get the money not a promise. And every few months you get a statement showing you what you are worth in retirement. You then know how much harder you need to work.

Originally posted by samkent
reply to post by AQuestion

Everything you said goes against what I have heard.

Be that as it may.
I have felt for years they should do away with pension plans in favor of IRAs and 401Ks.
That way you really do get the money not a promise. And every few months you get a statement showing you what you are worth in retirement. You then know how much harder you need to work.

Well, research it. Very simple, go to the GFOA website and read what they posted about the pensions. It is not that hard. I don't believe in truth by consensus, lets base it on facts and not preference or opinion. I used to manage $250 million a year in government funds. You have "felt" whatever you did, lets try working with the facts.

I usually post in the Faith sections; but, the biggest foolishness I see is by those who act like sheep and accept whatever the media tells them regardless of the issue. I presented facts that can be verified with very little effort, lets work with that. Show me where I lied or made things up. I will wait.

If you wish to have fun try reading the newspapers from different cities across the nation. Why is it that they all claim that every city is in trouble because of pensions? We have just had a major recession, that is undeniable; but, the pension "problem" is always blamed in every city on greedy public servants. You mean not one city made it's mandated contributions over the last decade for no reason even though we were in good times? Here is another question, if the GFOA said there is no problem, how come nobody in the mainstream media has bothered publishing that fact? One that you can easily check.

Here is something everyone can look up. The governator of California claimed that CalPers was in trouble and then he asked to borrow billions from it to balance the budget. How is that rationale? You want to have some real fun? Look up at the money that was written off by the public pensions, rather than having an opinion, investigate the facts, I tell you what to investigate, check for yourself. Don't believe what fits your bias, check, deny ignorance and investigate.

Did you research what I wrote, NO. Do you care if what I said is the truth, NO. Then what does it matter what you feel? Let us try working with the facts.


If you're talking about this I am skeptical. According to the footnote it is basing that assessment upon a NASRA survey from 2009.

Perhaps you have something newer?

Be skeptical and research it, find the real numbers, they are all published. The GFOA has not changed their position and they have all the numbers. Not one public pension is at risk of default. The number to be concerned about is the monthly payout as opposed to the total value of all investments. Across the nation we are seeing local governments laying people off which further reduces what will need to be paid out in these pensions.

Do you really believe that every city, county and state in the nation was being taken advantage of by paying public pensions? Why do you think they all failed to put in their mandatory contributions while at the same time increasing the pension benefits to their employees? Lets say that the reason the state and local governments can no longer contribute to their employees pensions is because of the downturn in the economy and the politicians don't want to cut services.

The politicians frequently control these pension funds and can steer the investments through their appointees. Look up Elliot Broidy. Frequently these pensions have right offs, bad ventures; but, complete right offs should be rare, just about every company has some assets. Investigate what your state's public pension wrote off. Look at which companies benefit from public pension investments.

There is a company called the CIM Group, they are funded primarily by public pensions. This company goes into different places and manages to get public pension investments. They then begin work on improving or renovating parts of the same place. They often given money from the Community Redevelopment Agencies to make these improvements. Sounds like a conflict of interest doesn't it? Do you believe that the government employees want these deals, nope, they don't like right offs to their pension funds.

Now here is the simple question you need to investigate. Look up "public pensions" and "alternative investments". The pensions are only in trouble because they are being used improperly. Peace.


That link is to a GFOA publication concerning public employee pensions. I am simply asking if you could provide a link to something more recent.

Someone just did a rant about this. LOL. I can link all day, what does it matter? The issue is about the public pensions and whether or not they are in trouble. All the public pensions must submit a Consolidated Annual Financial Report, also knows as a CAFR. You are "skeptical" of old information, look at the CAFRs, nothing has changed. Consider the questions I have asked and answer them by researching them.

Berkshire Hathaway stock had a 25% average increase in value for 40 years. Why weren't the majority of public pensions heavily invested in it? If they had been, the local governments would not have had to make ANY contributions to the pensions. Instead, local governments assume an 8% return on investments that will last 30 years before needing to be paid out.

Investigate what the "placement agents" were paid for telling pension boards which companies to invest in. If no public pensions are in default, why would any local government have to put half its taxes into the government pension today to pay for what is 30 years off? Local governments take out bonds that are paid back over decades and they do not account for the future payments by requiring that they have the money today.