I just read this article on the new $100 bill
I thought I'd bring this here to share with you guys, I did a quick search and didn't find anything, so here it is.

OH MY GOODNESS...GOLD GALORE!! A Gold Ink Well, Gold Liberty Bell, Gold Feather Pen, Gold "100", Gold Watermark, Gold Writing in the background, Gold "July 4, 1776"...there's even a HUGE gold "100" on the back of the right side. The right side of this bill is so full of gold it will probably droop when you hand it to the cashier!

My pondering points
Is there more to this than the obvious? Could this symbolise the transition into the golden age? What does that blue stripe really mean?

posted on Oct, 9 2012 @ 12:12 PM
link
The blue stripe is just showing through since they made the picture opaque. All bills have them, it is to prevents counterfeiting.


The note in the article does not look opaque. The blue stripe clearly has 100s on it.
I understand what your saying about the counterfeiter stripe,, here in the uk it's a strip of silver, in the article it clearly looks like its printed, a barrier perhaps

They'll now have to change their game.


The newest Canadian $100.00 bills are supposed to smell like maple. They actually do a bit.

Americans get gold on their bills, Canadians decide they would rather scratch and sniff.

Edit to add: As if the economy wasn't bad enough, now the Federal Reserve is going to endlessly print fake money while taking away from the actual value of gold?? Where are they going to get all this gold?? Will they make people line up and turn over all their money because of the physical gold on it??
edit on 9/10/2012 by TheSparrowSings because: (no reason given)

A choice is being presented, fiat, or gold backed, some one has drawn a line, what side will it be?

Make your decision clear by tearing the note in half throwing away the half you don't want and deal between yourselves as a nation in the side you do.

posted on Oct, 9 2012 @ 12:36 PM
link
So the writer of the article thinks that the right side of the note has symbolism that represents the coming switch back to a gold-backed currency?

On a Federal Reserve Note????

posted on Oct, 9 2012 @ 12:51 PM
link
The note has obviously been very well thought out, words from the constitution are printed on the gold side, this is a federal note, and they know they are being unlawfully in their actions. So I see a Choice being presented to the amarican people or they are blatently just taking the pi$$ out of you. (

But with time lines and such, events ect coming together, the symbolism seems timely, left/right energy, golden age, ect. The only thing stopping it is that damn blue line.
edit on 9-10-2012 by Wifibrains because: (no reason given)

Originally posted by CALGARIAN
North Korea is the largest US 100$ counterfit nation in the world.

They'll now have to change their game.

First thing I thought of. The real conspiracy here is why hasn't the US switched over to polymer notes like so many other countries have. Polymer (as far as I'm aware by lack of news) has never been counterfeited.

Strange given that Australia did it years ago and Canada has since released them, both countries with a much smaller economy...


Where are they going to get all this gold??

Same place they got it last time. They'll just steal it. en.wikipedia.org...

A gold standard won't fix anything. It's just another fiat currency in disguise. It doesn't mean YOU have the gold. It means THEY have the gold. You still just end up with pretty pieces of paper.

The government always prints too many pieces of paper even on a gold standard. Far more than the gold can back up. Next thing you know, fiat. That's how we got the system we have now. We're just repeating stupidity.

People say a gold standard will stop them from printing too much. But that has never worked in the past.

After all, if we trusted the government not to print too many bills we wouldn't need a gold standard. We could just stop printing federal reserve notes. Only print replacement dollars from here on out. It would be exactly the same. The amount of notes in circulation would be fixed just like a gold standard right?

See the trick that's being played. The bankers love a true gold standard. They still get all your property in the end PLUS your gold. In a gold standard the interest to pay your loan is never created.


In a fiat system it is. As the economy grows the money supply grows. The money to pay the interest is eventually created. In fact the interest can ONLY be created in a fiat system. It's the only system which allows new money creation.

A lot people have this exactly backwards and will say stupid things that don't make sense. Like we need a gold standard because the interest to pay your loan is never created in a fiat system!

That doesn't make any sense! You can only create new money in a fiat system! You can't create gold out of thing air!

People have this backwards understanding of what's wrong with our economy. They think the economy crashed because the government printed too much money. So we need a gold standard to stop it! But see that's not what happened. Go around and ask all your friends if you can have $100. You'll see very quickly the problem is not too much money.

The problem is that nobody has jobs. Or their job doesn't pay them enough to take out a hefty loan on a new house. There is plenty of money out there. But to get at it, our system forces you to borrow it! See, that's the trick. If nobody has a job, they can't borrow=no new money in the system.

Our system is a debt based fiat system where money gets created when someone takes out a loan. After the housing bubble collapsed banks couldn't loan to people anymore. Therefore they couldn't create new money!

This caused the economy to shrink. People couldn't get their hands on new money to pay off their old loans because nobody was taking out new loans. So, they went bankrupt! This is why everything the gov does to try to fix it has to do with getting the banks to loan more. Get it?

Fixing the money supply with a gold standard won't solve this problem because most people don't have any gold either! People are already broke. You don't have to fix that!

Switching to a gold standard where there would be even LESS money in the system won't help broke people not be broke. They're already broke!
edit on 9-10-2012 by tinfoilman because: (no reason given)


Um...I'm not sure where some people put their money on their bodies and if Canadian money is as highly tainted (percentage wise) with drugs as U.S. money is, I don't think I would be testing the smell, but that's just me. 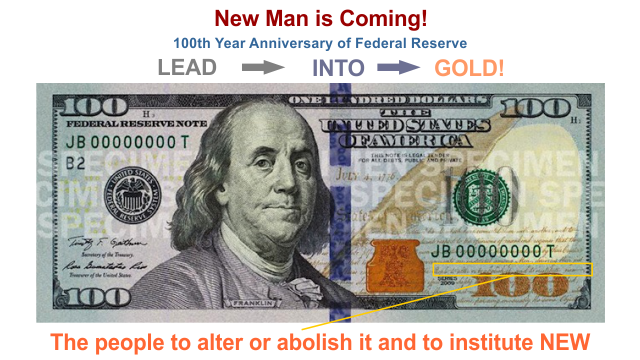 posted on Oct, 18 2012 @ 03:41 PM
link
I don't see anything other than yeah, an attempt to make it look like it's more valuable, but I'm sure there will be crackpots that can fold it and find what the government put in there for us to find, the feather folded to the left of the ink well clearly is the lunar lander proving the moon hoax is real and so on and so forth.

Makes sence with the message in the bottom right corner.