posted on Sep, 27 2012 @ 11:04 PM
link
Israeli Prime Minister Netanyahu summed up his feelings about radical Muslims in a speech at the U.N..

He says some radical factions are "Medieval" and want to extinguish freedom, especially for fellow Muslims.

“We want to see the three great religions that sprang forth from our region – Judaism, Christianity and Islam - coexist in peace and in mutual respect. Yet, the medieval forces of radical Islam, whom you just saw storming the American embassies throughout the Middle East. Well, they oppose this,” he said.

"Medieval" or not, those Muslim groups seem pretty organized.

posted on Sep, 27 2012 @ 11:10 PM
link
reply to post by xuenchen
Geez that sounds super scary the way he worded it. Is that what they call propaganda? He sounds very concerned... Very... Islamophobic.

posted on Sep, 27 2012 @ 11:18 PM
link
Not all of them, but some of them do, so he is correct, but his hypocrisy lies in not pointing out the same when it comes to what they and their allies do.
What's happening to our freedoms and rights in the name of defense from that threat?
It may not be happening as quickly but it is happening, and it's not all just localized either.

It's the same concept under different dynamics and methods of execution.

Of course, Netanyahu is correct under any, even slightly, reasonable reading of his remarks. He doesn't need defending on this point. And I truly don't understand any grounds from which to attack him.

I may have to revise all of my threads, if the standard is

hypocrisy lies in not pointing out the same when it comes to what they and their allies do.

I would expect, then, that all posters critical of Jews should include pointing out what the Muslims do wrong.

Perhaps we should have the mods notify everyone that all their threads and posts need to be changed. I don't think anyone here wants to be a hypocrite.

He says some radical factions are "Medieval" and want to extinguish freedom, especially for fellow Muslims.


Radical Islam does persecute and murder moderate Muslim scholars, so his statement is correct.

• Professor Farag Fuda was murdered in 1992 for stating opinions unacceptable to radical Muslims.

• Hashem Aghajari, in Iran in 2003, was imprisoned for two years, for suggesting that Muslims should not follow clerical authority blindly. He based his position on an appeal to the original ideology and practices of Islam, however such a position, which undermined clerical authority, was unacceptable. Originally (2002) sentenced to death, it was later commuted to imprisonment.

• In 2005, Sayid al-Qemni, retracted all his previous criticisms of Islamic fundamentalism after receiving a series of death threats.


Moderate Islamic scholars have been forced to keep quiet under the threat of murder and violence, allowing Islam to be dominated by violent radicals. Radical Muslims have been extinguishing freedom, especially for fellow Muslims.

posted on Sep, 27 2012 @ 11:43 PM
link
I will be so glad to hear someday that Netanyahu is out of the picture for good. He reminds me little whining kid who is too spoil for his own good.

This man is evil down to the percentage.

posted on Sep, 28 2012 @ 12:03 AM
link
Its patently obvious the muslims are getting the bomb didnt work....so hes trying a new tack........hell try to come up with a few more if this one flops im sure......
truth is, the muslims are supposed to be comming to take our freedoms, right?
So instead of that. in order to fight terrorism we have to give up most all of our freedoms anyways.....
Now i ask you.....whats the difference?
its all a freaking shell game by the few, to control the many......and the way they set it up, the few are pretty much all psychotics.

May I throw in one more? Abdus Salam, once hailed as the first Nobel prize winner was a member of the Ahmadi branch of Islam. In his acceptance speech for his prize, he quoted the Koran.

In 1974 Pakistan declared Ahmadis to be non-Muslim and he was forced to flee. Five years later he won his Nobel. Pakistan has even defaced his grave marker which had said "The first Muslim Nobel prize winner," to scratch out the word "Muslim."

That leaves Muslims with only one winner of the Nobel prize in the sciences, ever.

posted on Sep, 28 2012 @ 12:22 AM
link
C'mon guys... You know how serious Bibi takes this extremist stuff, he isn't just talkin' warmongering rhetoric! More than anyone, he understands the threat posed to the rest of the world by the sophisticated army of jihadists known as radical Islam. I mean, look at his UN speech. Just a brilliant, brilliant man with a comprehension of these issues that is unparalleled. I know I'm not as bright as I could be (see my signature), so could you describe your point in words even I can understand? I can't make out the point in your post.

Just a brilliant, brilliant man with a comprehension of these issues that is unparalleled.


Well, then you weren't meant to get the point in my post. Sorry.

I'm sorry, my post was much meaner than it should have been. I apologize to PatriotGames2, and the other readers in this thread.

What remains is, I think, acceptable.

Thank you very much. I'm glad you're having trouble with it as well.


So let me say that it did seem to be an attempt at sarcasm. Now if you can help me figure out the rest of it, I'd be very grateful.

Sarcasm, if you weren't aware Mr Dull Bulb, is supposed to be hard to interpret.

RETRACTION. I shouldn't have gotten pulled into such a petty argument.

If you NEED an explanation so that you can argue it out, pick it apart, and actually have something to do tonight, here it is: I was making a joke at what I saw was a humorous speech given by Binyamin Netanyahu at the UN in which he needed a highly detailed and comprehensive illustration (WARNING: SARCASM IN EFFECT) to show the danger posed to the world by Iran's "nuclear weapons program".

Oh, and I do not mean to speak for the above poster, but I think you may be surprised at why he was asking for clarification considering he said this earlier today in a post: "But I still believe Dr. Ahmadinejad is a brilliant, humble and peaceful man despite what anyone thinks." I don't think the point was lost on him, just that he wanted to know if I was actually serious or not.

Sorry to quote you without permission samsamm9. I read your post earlier in a thread about Ahmadinejad at the UN and thought it may be relevant.
edit on 28-9-2012 by PatriotGames2 because: (no reason given)


Thank you for your response. I did deserve the criticism. Now for something a little more useful, in case you haven't seen it, the video of that portion of Netanyahu's speech: www.slate.com... (It's less than three minutes.) I thought it was effective and supported the serious point he was making.

Sorry to quote you without permission samsamm9. I read your post earlier in a thread about Ahmadinejad at the UN and thought it may be relevant.

No problem.
It was indeed relevant. 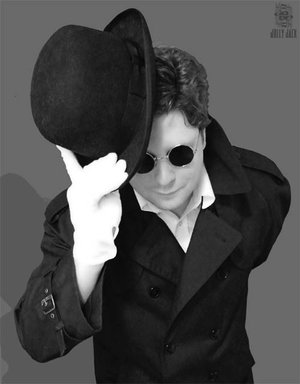 
Yes, I saw his speech as well as many others at the General Council meeting.

In my opinion, he spoke as if to scare almost every single country in this world and yet he does not have the evidence to do so.

I'm an empirical evidence type of guy, and though that may be hard to receive, any evidence whatsoever would be a good start. Although I do believe radical Islam is indeed a very dangerous threat to world stability and we should take the necessary precautions and action against such a threat, starting a war that could escalate to a much larger conflict is not what I consider the necessary actions. The Israeli regime, although I cannot paint with such a broad brush because there are many even within the regime that have broke with the ranks on this issue (though you will not hear about that on the news), has undoubtedly inflated the nuclear threat of Iran without having any evidence to do so for purposes I can only begin to speculate at.

I also found his prop and presentation to be somewhat disrespectful and condescending, as he needed a crude presentation to explain to the rest of the world, who I guess he sees as too stupid to understand, the threat posed by a nation that has not been involved in a war since they fought Iraq in the 80's. I really thought it was quite unbelievable, where did he get these percentages from? Enriching low grade uranium is 70 percent of the process? Nothing much surprises me anymore in the realm of geo-politics, I must say. It was absolutely ridiculous in my humble opinion, and that is why I made a joke of it. Because to me it was just that. He trivialized a very serious matter.

I think what Netanyahu does not understand is that no one wants a pre-emptive attack on Iran. But that will not stop him from pushing for one. And anyone who pushes for war despite the necessary evidence, since I believe war should ALWAYS be the last option as it is the most vile and evil of actions as it always involves the loss of innocence life, is not someone I can or will trust.
edit on 28-9-2012 by PatriotGames2 because: (no reason given)
edit on 28-9-2012 by PatriotGames2 because: (no reason given)

Originally posted by PatriotGames2
C'mon guys... You know how serious Bibi takes this extremist stuff, he isn't just talkin' warmongering rhetoric! More than anyone, he understands the threat posed to the rest of the world by the sophisticated army of jihadists known as radical Islam. I mean, look at his UN speech. Just a brilliant, brilliant man with a comprehension of these issues that is unparalleled.

sorry, that picture makes me laugh every god damn time. But I guess facts are facts, yeah?

Now where else did I recall being fed this crap...?