The United Airlines plane made a wide turn before flying low over the iconic bridge during the city's annual Fleet Week air show.

Chris McGinnis, a travel expert watching from a boat in San Francisco Bay, said: "I thought it looked pretty cool but I heard some grumbling among the crowd I was with about it." He said a "minor scuffle" broke out between people who liked it and others who said it reminded them of the September 11, 2001 terrorist attacks.

Last year a terror scare was caused when the back-up plane to Air Force One and a fighter jet flew low over New York for a photo opportunity. 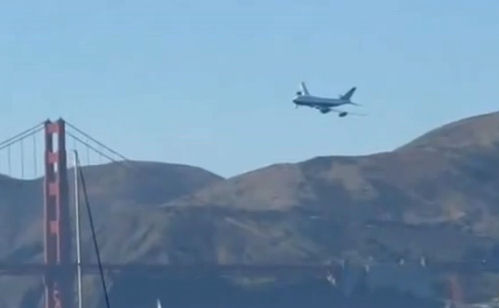 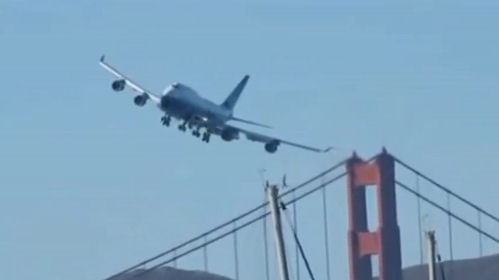 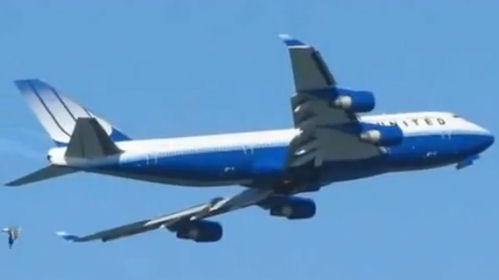 Was this a just bad judgement call or was some trying to scare us into remembering the ever present terrorist threat? Maybe it easier to just give us vivid reminders now and then rather than attempt another false flag so soon.

One thing to note is just how slow the aircraft was going compared to the jets on Sept 11th. Some people have argued in the past that the air density at that altitude would be to much for a normal jet liner to travel at the speeds that the two jets did when they hit the towers without breaking off their wings

He said a "minor scuffle" broke out between people who liked it and others who said it reminded them of the September 11, 2001 terrorist attacks.

posted on Aug, 15 2012 @ 08:47 AM
link
Why would they fly a commercial airliner in a military show? I attend this event every year, and I'm always amazed by the Blue Angels and the incredible display of aircraft. A big, clunky UA jetliner looks like a bucket of bolts next to an F-22 Raptor or a group of F-18 hornets. That said, I think we're rather paranoid if a low-flying jet automatically panics us more than a decade after 9-11.

The UA jet is in the air show lineup again this year. Go figure.
edit on 8/15.2012 by graceunderpressure because: Clarity


People need to quit being so damn sensitive. Planes have always done stuff like this for photos, for excited crowds, for fun, etc. Every plane in the sky is not out to kill us, and if you're not aware of the events going on in your community, then pay more attention and you won't be caught off guard.

We were at Mud Island in Memphis a few weeks ago, and planes were flying under the Mississippi Bridge, and sideways through the cabling, and all kinds of nifty tricks! I didn't hear anyone saying it reminded them of 9/11, although I did hear a few (including me) complaining that it was too dangerous of a stunt to do while cars were using the bridge.


Besides the Israeli's dancing on the Brooklyn bridge at the time of the attack of course.


He said a "minor scuffle" broke out between people who liked it and others who said it reminded them of the September 11, 2001 terrorist attacks.

Bang on!
Drum it into their heads long enough and it is beleived.

Originally posted by sprtpilot
What do bridges have to do with "9/11"? Nothing, obviously.

this links for you. you need to do some more research. obviously.


www.youtube.com... and its less than 3 minutes long. think your attention span can handle that?

One thing to note is just how slow the aircraft was going compared to the jets on Sept 11th. Some people have argued in the past that the air density at that altitude would be to much for a normal jet liner to travel at the speeds that the two jets did when they hit the towers without breaking off their wings

Really? Do you see any wings snapping off this Boeing 757 when performing steep climbs and high speed runs?

Crank up the volume for the high speed pass at 02:12


But not impossible. There is this perception that pops up every time that the subject is discussed that airliners are some sort of delicate flowers of the air. Ask yourself why it is only a small number of pilots in the die-hard conspiracy groups that make the claims that the Boeing 757/767s couldn't fly the profiles on 9/11? Ask yourself why the majority of pilots, both military and civilian, are not?


It not something ive done a huge amount of research on but i would guess that just because a small amount of pilots say it isnt possible (if thats true) doesn't automatically mean that the majority think it is. It certainly makes sense to me that these planes are only designed to fly at full speed at certain altitudes , this has to be true otherwise they wouldn't waste the fuel climbing to 400000 feet so they can cruise. Its not until they reach these altitudes that they start to fly faster.

In my book even if only a few say its not possible then we should take notice if they are profession pilots, also its wrong to lable them die hard conspiracy theorists just because they are giving their professional opinions.


The plane is capable of the maneuvers, the pilots were definitely not.

The wings wouldn't break off just attempting the maneuver one time. Maybe if they did those maneuvers over and over again it would stress the wings, but they are strong enough to fly at that speed and altitude.

What pilots say is impossible is hitting that narrow target at that speed after those turns. Hitting the WTC would take a highly qualified and experienced pilot, and the hijackers supposedly barely took any training at all.

Hitting the Pentagon at that speed and angle was pretty impossible even for a highly experienced pilot. If they had hit the ground and slid into the Pentagon, or hit the Pentagon at a steeper dive angle, but that elegant turn, descent, and perfect entry into the 2nd story just barely above ground level is something experienced pilots strive for on every landing, assisted by glide scopes and avionics and thousands of landing experiences, there is no way an amateur pilot it did it at a high speed, flying the aircraft for the first time ever.


Ask yourself why the vast majority of pilots are not joining Pilots for Truth?

Ask yourself why certain members of Pilots for Truth had to fake a diagram in order to support their theory?.

The people making money hand over fist in the P4T circle like to keep the myth going. Why? Yes they are on a nice little earner and they know it.

Were the flight profiles flown on 9/11 impossible for even those with limited flight time? See the replies and debates.


I agree the plight path to the final target looks crazy difficult even for a professional pilot.