It can't all be coincidences...we must have help...

posted on Aug, 14 2012 @ 01:47 PM
link
This thread is not only about 911 but also every other possible conspiracy that has been talked about on ATS and the WWW for that matter. I am beginning to come to the conclusion that the Earth, or the "spirit" of the Earth is sending us messages or trying to guide the good lot of us to find the truth or even stop TPTB from completing their agenda. Here is what I mean, I will keep it short and simple, I find it hard to believe that TPTB would give us signs to warn us or send messages to each other through public means such as TV, or newspapers, card games... 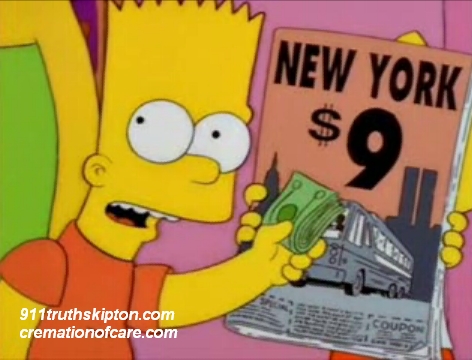 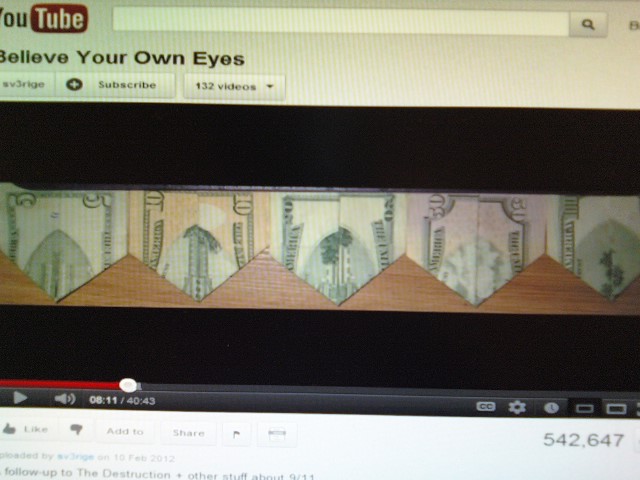 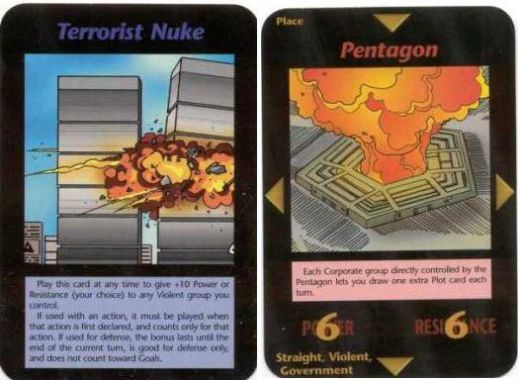 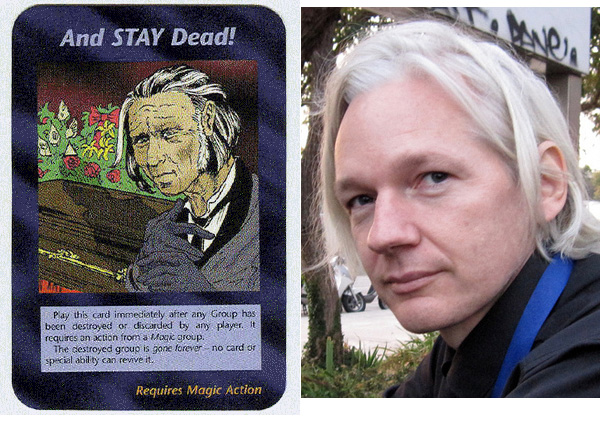 ...this doesn't make any sense to me. What does make sense is that there is a higher power at work here, everyone keeps saying all of these types of signs are too much of a coincidence, damn right there are too many coincidences. The only other somewhat logical explanation is that someone or something is trying to help us avoid the "master plan" of TPTB, for the good of mankind and the planet. We are one with the Earth and everything on it, so why would it be so far fetched to say that the Earth is communicating with us sumbliminally or sub-consciously, or making us relay it's message through our thoughts. That's all I can really say w/o repeating the same idea over again, hopefully this thread is read and understood becaus it makes complete sense to me, and seems to be the only logical explanation besides a thousand coincidences.

posted on Aug, 14 2012 @ 01:57 PM
link
reply to post by Wheelindiehl
Hey, sometimes serial killers can't resist the temptation to tease or toy with the authorities (BTK, Zodiac, et al.) - why not TPTB via media if such a thing exists as we envision it?

I have an easier time believing that than I do some sort of psychic unconscious influence by mother nature or the like.


"Our assessment is that Hezbollah and Iran will both continue to maintain a heightened level of terrorist activity in operations in the near future," said Daniel Benjamin, the US State Department's counter-terrorism coordinator.

"We are increasingly concerned about Hezbollah's activities on a number of fronts, including its stepped up terrorist campaign around the world," he said.

"And we assess that Hezbollah could attack in Europe or elsewhere at any time with little or no warning," he said in a conference call with reporters to announce that Syria's oil firm Syrtol had been placed under sanctions.

Writing in the Sunday Telegraph, Colonel Richard Williams and Lieutenant General Sir Graeme Lamb said a commando-style raid on a major London office complex could develop into '9/11 in slow motion', with police unable to stop terrorists murdering workers trapped in the building.

You helped this time.

posted on Aug, 14 2012 @ 02:17 PM
link
The world is a large place with many things printed, many things being said, many things on the radio and television.. walking by... I mention that because when you're looking for patterns for anything you are almost certain to find it .. You see what you want to see and there's so much noise in the world that you're going to find it.. our brain is wired to find patterns in noise...

This happened in the olympics conspiracy realm also .. a poster woke up and saw a number on their clock .. they went to sleep the previous night thinking about the olympics and asking for a sign about what was coming so they took the first number they saw and saw it everywhere .. they were predisposed to that number.. they saw plenty of other numbers that day I'm sure .. but that first number stuck in their head and their subconscious did the rest by merely making it stand out from everything else.. *gasp* there's that number again..

Many conspiracies work this way.. seeing patterns in the noise... even if there's not actually a pattern there at all .. the mind constantly re-affirms what we want to see... or are convinced of..


this is the one that does it for me.

It either proves conspiracy or it proves a collective unconscious.

Either one could explain everything in your post.
edit on 14-8-2012 by benrl because: (no reason given)


If the Earth itself is communicating with "us" for some unknown reason, you would think that it would try and give us patterns that were logically inducible towards some specific end, instead of gestalts that are for all practical purposes, absolutely impossible to logically induce from BEFORE the said event that it was supposedly trying to warn us about, occurred.

And wouldnt it, the Earth, have better ways of communicating something dead serious than through the writers of a popular cartoon in which no one takes seriously? Or a card game? Or bizarre, non-intuitive foldings of paper currency arranged in a specific pattern?

All the reasons people give for why these things are "being told" to "us", are always non-intuitive, innocuous things that without a (relative) future event to reference them to, they are meaningless.
edit on 8/14/2012 by CaticusMaximus because: (no reason given)

Originally posted by scottromansky
dumb question: Who is the guy with the white hair with the card?

posted on Aug, 14 2012 @ 03:01 PM
link
Hmm... I think the idea of a collective unconsciousness creating hints for us in media about events before they happen might be more likely than the idea that the Illuminati are leaving hints behind, although either one could be the case.

Meanwhile, from the Julian Assange card, it seems like he will grow to be an old man and finally achieve victory then. I like it.
edit on 14-8-2012 by darkbake because: (no reason given)

Originally posted by Wheelindiehl
reply to post by Trueman

posted on Aug, 14 2012 @ 04:44 PM
link
Perhaps it is TPTB secretive way of sending out messages to those programmed to receive and act accordingly to said triggers? It might simply be a code, a way of triggering brainwashed or "tuned-in, zoned out" minds.


I agree with a collective subconscious. I think many peoples' minds are working along the same lines. I believe many thoughts are shared.

And man do I miss The X Files., The Lone Gunman were cool but nothing like X Files.

the mind constantly re-affirms what we want to see... or are convinced of..

Same goes for the "skeptics" and "debunkers"