A lot of people get peeved about TSA pat downs. But a Bonita Springs woman is accused of groping an agent at Southwest Florida International Airport and it’s all on tape!

It happened on her way to Cleveland, Ohio. Airline passenger Carol Price says while going through security to catch her flight, a TSA agent groped her.

In response, the video shows Price put down her carry-on bags, turn to a TSA supervisor and grab her – allegedly without permission – to show the supervisor what Price say

posted on Jun, 19 2012 @ 10:54 AM
link
This woman is obivously pissed.. as many many Americans and tourists are about being groped and felt-up by the TSA..

In the video you can see her angrily put her bag down and grope the TSA agent in the same manner as she was groped.. YET, its OK for the TSA to do it to you, Not okay if you do it to them!

Here is the link to the Video, if someone can embed it that would be awesome (couldn't find it on youtube):
www.nbc-2.com... 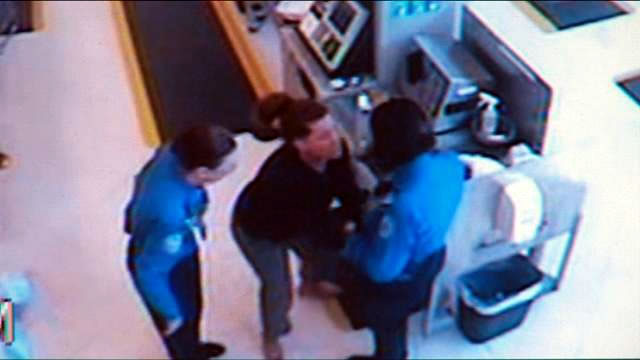 
FORT MYERS - A lot of people get peeved about TSA pat downs. But a Bonita Springs woman is accused of groping an agent at Southwest Florida International Airport and it's all on tape!

It happened on her way to Cleveland, Ohio. Airline passenger Carol Price says while going through security to catch her flight, a TSA agent groped her.

In response, the video shows Price put down her carry-on bags, turn to a TSA supervisor and grab her - allegedly without permission - to show the supervisor what Price says she went through.

"It was a customer complaint of an extremely inappropriate search," said Price's defense attorney John Mills.

There was a lady who did this last year,
Woman Gropes TSA Agent's Breast at Security Checkpoint and it appears that she had the charges against her dropped **The following video is regarding a different case, not the case in the OP** This is to show that this has happened before.. sorry for confusion!

The TSA needs to be reigned in.. it is an extreme violation of personal privacy and personal rights!!

posted on Jun, 19 2012 @ 11:06 AM
link
The accused woman was a Ex-TSA
apparently one of her old collegue pushed to far the grobing 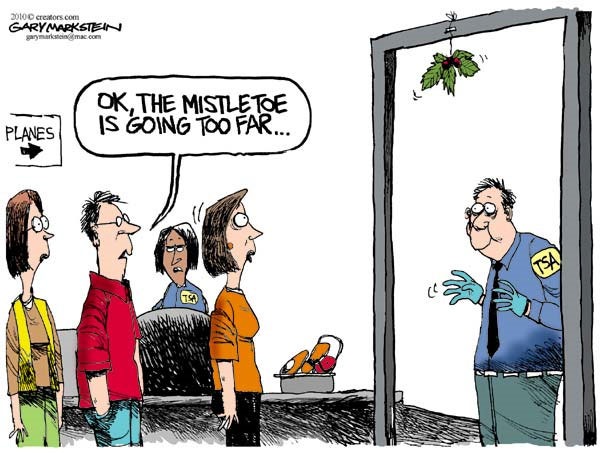 Even though you are violated, you cant fight back? So they can keep doing it and doing it, and you cant do anything? What a slug

EDIT: just realized the video I saw wasnt even the one in the OP title... where is that video? lol
edit on 19-6-2012 by morder1 because: (no reason given)

posted on Jun, 19 2012 @ 11:27 AM
link
"even if they cross the line it still doesn't give her the right to fight back" ?!? WTF?!? That is the most retarded thing I have ever heard anyone say.
It hurts thier feelings when you tell them they aren't doing it right and then show them. Why don't they find a real job and just walk out on the TSA. It would be hard for them to enforce this crap if no-one wanted to work for them.


The link is there, however it is not on youtube yet, or at least i could not find it.. I don;t know how to embeb videos that are not youtube.. sorry! The other video is regarding one from last year.. just to show that this keeps happening. sorry for the confusion!


no prob, i found it then


Turn about is fair play I say.
TSA agents have been Groping, Assaulting & Bettering frequent flyers for years now.


She should have asked TSA for an application first.

Originally posted by 0DeepSpace0
reply to post by Nspekta


She should have asked TSA for an application first.

She already worked for TSA... And apparently she was on her way to her brothers funeral but never made it due to this incident

posted on Jun, 19 2012 @ 03:46 PM
link
Finally found the video on youtube... Its from a different news broadcaster than the OP, but shows how she had enough and returns the 'favor' to the TSA agent

If everyone did this there might be some changes made but they always use the old "Necessary Evil in a Post 9/11 World" crap and that justifies everything.

posted on Jun, 19 2012 @ 07:02 PM
link
The TSA needs to go to federal prisons and learn first hand how to grope the correct way by the inmates...Im sure they can also show them how to tandem ride if its their first time.

posted on Jun, 19 2012 @ 08:12 PM
link
I,m not even going to get into whether it was right or wrong. What gets me is that the TSA agent even had the audacity to file charges against the passenger knowing full well she was trying to demonstrate what happened to her.

Here's some advise, don't work for one of the most hated bureaucracies in the government that entails you putting your hands all over people in places that make them feel uncomfortable and then press charges against them when they make you feel the way you make millions of people feel every day. Take your tidbit of karma and don't hide behind your job


My jaw dropped when the presenter of the story said that. It seemed crass. Like, "just put up with it people. The terrorists won and now this is how life is."

Not agreeing with TSA security enforcement is NOT grounds to assault someone.