posted on May, 10 2012 @ 11:33 AM
link
I found this very interesting video about a mothership that was recorded over the night sky of Hong Kong in January 2012. Do you think that is the cause of all those strange sounds heard all over the world? Some people say the strange sounds are hoax. I think some are hoax, but not all of them, because I also heard this strange sound. I never knew there was a ufo spotted right before these strange sounds were heard . So what do you guys think?

Part of the descriptions:
A mother ship was recorded over the night sky of Hong Kong in January 2012, strange sounds that match what has been heard around the world, seemed to emanate from the craft. As a point of note, the ADG where the first to make the connection between some of these sounds and UFOs, watch the video below, to much ridicule as I recall, mainly from the windbag academics who have turned the UFO community into a freak show for the mentally impaired, and CGI addicts. Not blowing my own trumpet here, but the ADG have always been way ahead of the curve, as you will find out shortly. Keep watching.


That is very interesting, i havent heard that either. I havent watched the vid yet, but i will do so now.

posted on May, 10 2012 @ 11:39 AM
link
First of all so many people report they hear sounds and the answer they get is "they are caused by earthquakes" Well i dont think so

Thirdly it has Maussan and some people dont trust him at all.Personally i m on the fence with this guy
edit on 10-5-2012 by IMSAM because: spelling

posted on May, 10 2012 @ 11:46 AM
link
When I hear these noises I feel like somehting is being either woke up or released and the noises ae the movements of the openings or the keys doing the open process. Guess we shall see. 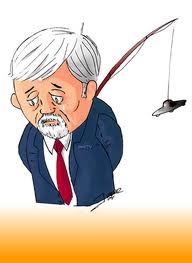 And maybe these ET ships are making the sounds like somewhat of a fanfair before their big entrance. You know, like when they play trumpets before royalty enters the room.

Some of this videos are fake.
There's a video out there that proves that the Kiev Video actually uses the sound from a baseball game where a lightning struck the stadium and the PA went crazy
www.youtube.com...

I know that people would love to see aliens and UFOs, they are hoping and waiting for it, so they jump at every fake video hoping it's a proof for extraterestrial beings visiting this planet.
But i wonder why people stop thinking because of it. Watch all those "Strange sounds" videos out there. Usually those sounds are so loud and often enough those videos are taken in the middle of a big city...but nobody, except the person recording the video seem to hear or notice those sounds, even though they seem to blast out at a high dB rate.
Why is it? If people hear such sounds, they would look out their windows, they would run out on the street, they would do something. But in none of those videos did anything happen....just one guy recording the sounds.

Originally posted by gortex
With regard to the trumpet sound ...

That movie was 'F'ed up, I sent my wife out to blockbuster a few weeks ago to rent "Red" (the comedy with Bruce Willis in it) and she comes back with "Red state" God bless her, she atleast got the color right.

On topic: Alot of the other 'sky sound' vids are taken in broad daylight without a cloud in the sky and no UFOs to seen. BTW I know these sounds are real because on more than one occasion my wife and I have been woken up to the "idleing desiel truck" overhead sound. a few times we felt the whole house vibrate for a few moments.

posted on May, 10 2012 @ 11:57 AM
link
I watched that video and said to myself, "these sounds could be anything, coming from anywhere". Besides that, through all the knowledge of UFO cases I remember, trumpet noises are pretty far down the list. Whishing noises in the air and humming would probably be more accurate.

Additionally, it's an hilarious title, Trumpets of the Apocalypse , wooooooooh.
edit on 10-5-2012 by Zcustosmorum because: (no reason given)

An UFO event like this one in a 7 million people city and only one low quality video ?

Originally posted by IMSAM
Thirdly it has Maussan and some people dont trust him at all.Personally i m on the fence with this guy
edit on 10-5-2012 by IMSAM because: spelling

He just has no filter..no quality control.
He will gladly spend 20 minutes talking about a few balloons tied together that is blindingly obvious, or show and discuss a CGI clip. He will believe anything basically (not like a must be CGI, but a documented and credited CGI clip type thing).

He is trying to run a show...and personally I think he is genuinely enjoying his content he provides, he just needs a lot more skepticism and some quality people on board before he starts going on about something. Thats my view on Maussan. Truth will never come out if you report nonsense equally.

Motors of the size required to lift something of that size would be loud. And if on a fairly solid frame, would amplify any balance issues with harmonic vibrations that would be amplified proportionately to the size of the structure.
edit on 5/10/2012 by ctdannyd because: (no reason given)


Trumpet The Apocalypse 2012? Well I do believe most of the sounds are real. In fact I did a thread about it recently. Some of the sounds were recorded and discussed during baseball games and the like. I really can't see that many people lying. Or the sports pundits lying about it.

I'm not too keen on calling them "Trumpet The Apocalypse 2012?". What is this even in reference to? The bible? Well wasn't it also said that he would come like a thief in the night? Not blowing huge trumpets to let you know he's on his way! That's even if you believe in the bible anyway.

This is also the first time a "UFO" has been spotted during one of these events. So it's unlikely they are producing them. Maybe they are as curious about the sounds as we are? That's again even if it is an ET UFO.

Nice video though, it is an interesting subject.

Originally posted by Crashyy
reply to post by gortex

Have they ? , I would expect that is these noises were real there would be people mentioning it on facebook , twitter and the like and ATS members would have picked up on that , that hasn't happened to the best of my knowledge .
As for it seeming like the same sound , maybe it is , maybe certain people have sampled it from Red State or some other film .

That movie was 'F'ed up, I sent my wife out to blockbuster a few weeks ago to rent "Red" (the comedy with Bruce Willis in it) and she comes back with "Red state" God bless her, she atleast got the color right.

Sorry but I had to laugh! Only because this is something my Mrs would do! Once she was parking her car in someones driveway and she was scraping it down the side of a wall! She just kept going thinking it would be okay! She had ripped the door panels OFF! lmao

posted on May, 10 2012 @ 12:09 PM
link
Don't know about the vid but one question I always have is who labels these things "Mother Ships"? That is a term we get from Hollywood and we wouldn't know what one looked like if they did indeed exist.

So many times we see the term thrown around as if it's a fact. "Look! What are those lights? It's a Mother Ship!" As if the person or people reporting knows without a doubt as to what it is.

posted on May, 10 2012 @ 12:16 PM
link
That would explain a lot
i though that the trumpet sound was coming from earth
hot air containing very toxic cloud (mass animal deaths)
that blow through earth cracks and sink holes

Trumpets of God .. Now in Alberta

I have arrived to a conclusion now
I think those loud sounds are warnings from Aliens ships
and they are starting to appear more in the sky showing themself finaly
that they are there and have not forgot about us
they have say to return one day
step 1 before literaly showing .. sounding the trumpets

Mayans Elders talks about the Shift of Ages, Age of Enlightment, Countdown to the 2012 Transition

Let see what they will bring