posted on Jan, 18 2012 @ 10:43 PM
link
Iran has proof that the United States was behind the assassination of Mostafa Ahmandi Roshran.  Did the CIA, Mossed or Britain have anything to do with this?  Or is Iran playing a dangerous political game fueled by the rise in tensions and sanctions talk over the past several months.  Next time you go on vacation take your iPad out and check out what's hiding under snow in Antarctica.  If the FBI or CIA is after you, they will most likely get you so I recommend going peacefully.  The Department of Homeland Security now has permission to gather personal data on a variety of sites and terms.  If you didn't have anything to hide then why would you care if they listened in on your facebook conversations?

Thread Iran: We have proof U.S. behind assassination

Thread What is this on Antarctica?

Thread If the FBI / CIA came for you for something said on ATS would you go peacefully or fight?

Thread You were warned! Obama Administration gathering personal data on sites like ATS

A documents that shows the three members of Congress through a request from Obama had recommended some issues, in the 3th and 4th case clearly urged to use significant covert action against Iran facilities and personnel. 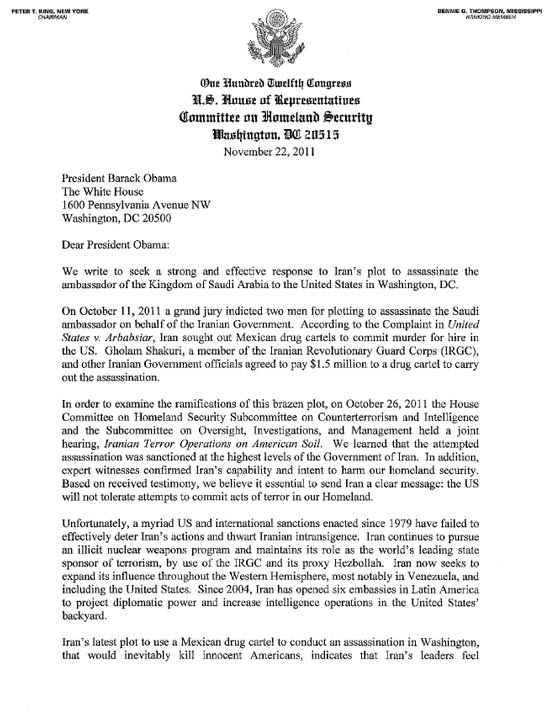 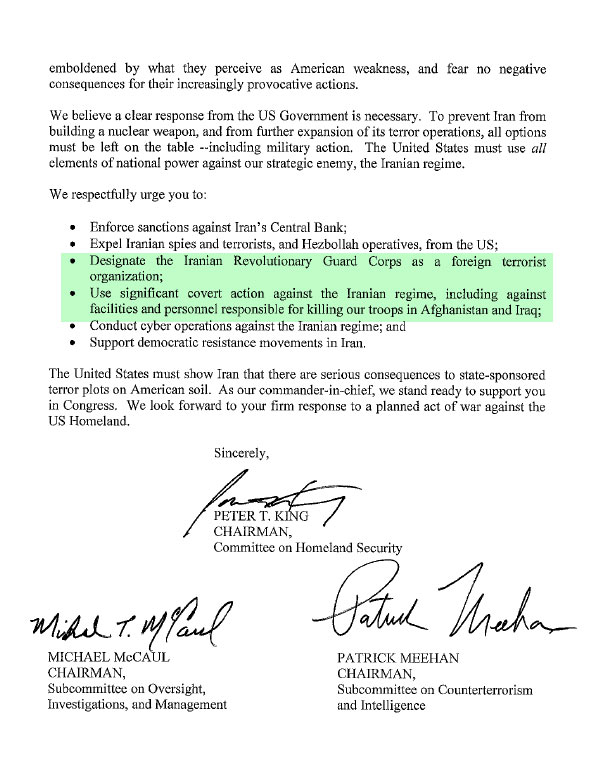 Israel Ministry of Foreign Affairs website removed a post only minutes after being published which initially quoted a statement by the Israeli Armey General Staff about the necessity of assaulting the Iranian elites as the only way to prevent Iran from becoming a regional power. This statement was later changed to declare that "Iranian officials are becoming resistant in the face of pressures”. The reason for this change by comparing the two statements is that the former would convey that Israel has taken up the responsibility for recent attacks against the nuclear scientists.


The latest assassination is about Majid Shahriari, a well-known Iranian nuclear scientist, on January 11, 2010 by a terrorist bomb attack which also targeted, Fereydoon Abbassi Davani, a then university professor, who has survived the attack and is now the head of Iran's Atomic Energy Organization. Moreover, on Jan. 12, 2010, Tehran University professor Masoud Ali Mohammadi, a senior physics professor was killed when a bomb-rigged motorcycle exploded near his car as he was about to leave his house.

On Wednesday a motorcycle attached a magnetic bomb to a car near one of the faculties of Allameh Tabatabaei University and also a few minutes before, some shots have been heard.

The Non-Aligned Movement (NAM), with 120 member states from across the globe, issued a communiqué to condemn the Wednesday assassination of an Iranian university professor and scientist.

So , this is just another sign that those Israelis are not Jews , they allow murdering other people . They are Zionists.

And as You can see in the picture that is why they kill Iranian scientists , because :

By killing Iranian scientists it is possible to stop Iran from transforming into a regional power. into a

And this is against what I have demanded as an Iranian in my last threads. They just want to stop us from development and they like us better as a war-torn ,or neo-colony.

Majority of people in Iran still support the Islamic Revolution , they are really supporting it by any price they can pay. By taking all the hard sanctions against Iran. US and other superpowers just prove that they are enemy of Iranian people.

Iranian scientist are trying to find alternative fuels instead of fossil fuels , to pump less oil from our wells and get less independent to oil. To let a healthy economic system live in Iran. US and other superpowers just prove that they are enemy of Iranian people.

posted on Jan, 18 2012 @ 11:24 PM
link
ATS RECAPs are just following US policies and refuses to look at the facts even presented on ATS.

It is easy for them to close their eyes on facts and easy to follow what the government wants.

I mean war-machine should be fed and military complex should run to make a good economy.

What will you fed your war-machine when the war is over ?

(When you have your one world government)


And you are just trying to make it look funny when two scientist have been killed.

I do know how that would be if they were American , and yet you can tell me you are not Facists 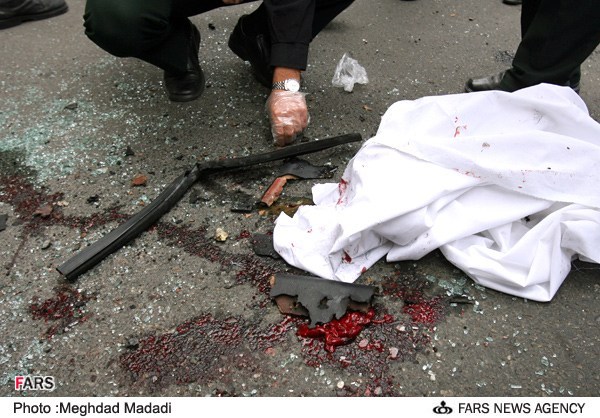 
And How many threads are there about Iran?

Darn you and your videos, I find myself watching them all. LOL. By the way, thanks for mentioning one of my threads in an earlier video. If you get a chance take a peak at this thread and examine the links. Peace. Yes, that was self-promotion on my part; but, I think it is an important issue.

A Pill That Monitors Your Medical Condition and Fascism

US war-machine's production : US 'kill team' soldier convicted of murder

2.Then the CIA spy

3.Then the scientist assassination.

And all your attitude is how you should support

Because when elites take the money out of people's reach in US , and when the military complex is broke.

And when US is broke economically , that is the time to start to make fight between animals and play them for some time.

More reminds me of the crusade , when Europeans were just hungry and had to be in the army to support their family.

It just fits your propaganda.
edit on 19/1/12 by hmdphantom because: (no reason given)

You're do'in a great job. You seem to fit the profile perfectly.Just wanted to help you out with my moniker.

Just say Ran devious Randevious.
It's definetly my bad the way I wrote it when I signed up here. I was so green. Hope this helps.

Oh ya and BTW. We will never know for sure who is responsible for this assassination. Which pretty much tells everyone it was the CIA........... Sure wasn't the PTA.

I'm addicted to these videos can't get enough of them.


Collect as much data and monitor as much as you wish....it helps me to get to know you better

You should really do something with those obnoxious rotors on your aircraft...I can hear you coming 9 miles away.
edit on 19-1-2012 by superluminal11 because: (no reason given)

posted on Jan, 20 2012 @ 10:26 AM
link
IRAN won't send any more nuke experts to the UN.
No more volunteers thats for sure.
IRAN lies about nukes.
England bunker bombed V2 and V1 sites against the Big Lie of the 40s.
History teachers needed for Iran, any volunteers.

Fortunately, I went the Youtube route to get the Recaps. I subscribed to the AboveNetwork channel. Simple solution. I've been gone for a week, so trying to get oriented with the new video player will take some time. I used my Ant downloader to pull in the last three episodes I missed, so I'm off to watch. No caching issue when they are on your harddrive!

Response:
Ayatollah Khamenei stressed that despite social, historical and geographical differences, Muslim nations are “everyone is against the satanic US and Israeli dominance and cannot tolerate the cancerous tumor of Israel.”

Mahmoud Ahmadinejad quotes:
“There is no doubt that the new wave (of attacks) in Palestine will wipe off this stigma (Israel) from the face of the Islamic world, ... The World without Zionism.”
“As the Imam said, Israel must be wiped off the map,”
"The September 11 incident was a big fabrication as a pretext for the campaign against terrorism and a prelude for staging an invasion against Afghanistan."
"Zionists are the true incarnation of Satan."
"Israel is destined for destruction and will soon disappear." "Have no doubt… Allah willing, Islam will conquer what? It will conquer all the mountain tops of the world."
"Some Europeans countries insist on saying that Hitler killed millions of innocent Jews in furnaces…Although we don't accept this claim."
"Anybody who recognises Israel will burn in the fire of the Islamic nation's fury, [while] any [Islamic leader] who recognises the Zionist regime means he is acknowledging the surrender and defeat of the Islamic world."
"The skirmishes in the occupied land are part of a war of destiny. The outcome of hundreds of years of war will be defined in Palestinian land. As the Imam said, Israel must be wiped off the map."
"The wave of the Islamic revolution will soon reach the entire world."
"We've never been anti-Semitic."
“Iran can recruit hundreds of suicide bombers a day. Suicide is an invincible weapon. Suicide bombers in this land showed us the way, and they enlighten our future.”
"Are they human beings?... They (Zionists) are a group of blood-thirsty savages putting all other criminals to shame."

We don't threaten other countries. We don't want others to be Muslims by force. We just see that Israeli politicians decide to threat Iran , every time they will.
I could go, but Iran backs terrorists constantly attacking Israel, they sent weapons and terrorists into Iraq and Afghanistan etc. Don't give me this Iran is perfect and does nothibg wrong crap. Listen to you leader.