Photographing the distant past...?

We see the stars as they were hundreds or thousands or millions of years ago, because of the time it takes the light to reach us. Of course this also works the other way around. If someone was on one of those stars and took a photograph of the Earth they would capture the Earth as it was in the past, relative to them.

The Battle of Thermopylae took place 2491 years ago, which means the light and sound from the battle is currently 2491 light years away from Earth. That information is moving away from Earth. Even if we launched a receiver out to chase it at the speed of light we could never catch up with it.

But what if we could cheat, and somehow get in front of the information? Perhaps by...

Imagine watching realtime footage of the actual Battle of Thermopylae, in 'glorious' HD picture and sound! Sounds fantastic. But it's at least theoretically possible, is it not?
edit on 20-11-2011 by FOXMULDER147 because: (no reason given)


There are two problems.
First of all, there would be no sound. Sound doesn't travel through space.
Second, you would need a way of imaging the Earth with enough resolution from 2491 light-years away to actually see anything.

Other than that, it would work.

I suppose we could rely on the possibility that some alien civilization 2500 light-years away is watching us, and, finding us interesting, also happens to be filming us. Then, if we ever contact that civilization, we can watch their tapes.
edit on 20-11-2011 by CLPrime because: (no reason given)

Wow, I had never thought about it that way. If possible, the implications are huge. We could watch the entire history of humanity play out in front of us. Of course, the technology required to make that possible is a long way off, assuming our current theories of time-space are correct and that what you have proposed is even possible.

posted on Nov, 20 2011 @ 09:10 PM
link
This is something I think about all the time. If we could get ahead of the light, we would have all the answers humanity could ask of its past. Also it would shed light on religion, how we came to be, evolve etc. It would show us weather aliens were a part of our evolution, etc etc.

if only we could do this!

Originally posted by CLPrime
I suppose we could rely on the possibility that some alien civilization 2500 light-years away is watching us, and, finding us interesting, also happens to be filming us. Then, if we ever contact that civilization, we can watch their tapes.


That would probably be the first thing I would ask aliens.

Actually I'm not sure what would be more mind-blowing - meeting aliens, or watching DVDs of our past...


This intriguing idea was put forward before, but in a different way. I seem to recall having read it here on ATS at one time.

Perhaps with combined efforts, we can find relevant threads? I think it had to do with the (possible) assertion that there is a technique, kept "Top Secret" that has been developed to actually image the past, in some manner, might use quantum physics somehow.

Different from travelling light years distant, it is (allegedly) done from right here. I tried searching, but don't remember the key words.

(Of course....I also remember a science fiction story that was similar, about a society in the near future that could do a sort of "time viewing" that showed moving pictures, but no sound, from the past. I think it might have been by Isaac Asimov. SO, I could be confusing the two - the short story, and ATS?)

Note: That would sort of be the opposite of the movie "Majority Report" with Tom Cruise, from a few years back....(speaking of past time viewing! lol....)


(PS.....I also could be wrong, but if there's an ATS thread on it, might have been somehow related to the "Philadelphia Experiment"...)


Personally, I'd be more interested in the history. 80 million years per disc....

Or, better yet, maybe they can create a 3D hologram of the Earth and zoom in to specific areas at specific times.

You simply make such a theory viewable without further knowledge, basic pondering on a puddle?!?!?!?

Given the oppurtunity a time warp vaccuum always comes to a greatest threshold of energy volume at the equinox of a time split, it is occuring now.

I always wondered what would happen if you sent a space ship out away from our solar system and in 20 earth years get the spaceship to contact earth. Would this not mean that the ship would be contacting us in the future as time slows down the futher you go? then get it to come back and tell us what happened

Originally posted by DennisScheltz
What theory do you call this?

You simply make such a theory viewable without further knowledge, basic pondering on a puddle?!?!?!?


I think "Pondering on a Puddle" makes a good name for the theory.

I suppose another small problem aside from 'catching up', or getting 'in front of', the information would be actually locating the information in space. It's a head scratcher...


You wouldn't really have to locate the information in space. You can go 2491 light-years in any direction, and all you have to do is look back at Earth. You may have to wait for the particular side of the Earth to rotate to face you, but that'll happen once every 24 hours.

posted on Nov, 20 2011 @ 10:14 PM
link
I would reduce the complexity of the problem. The basic point is this: No matter where you travel or how far or fast, you will always be creating the record of the light or whichever gamut of the EMR is desired by way of a human developed system i.e. a camera or an audio recorder. The importance of this should not be underestimated. You travel 4 light years to, as far as you are concerned, create a record of a moment of time, you have a digital camera of some shape or form and at the same time you start your journey I begin to analyse the mechanics of photography and learn the origins of its creation and that it is nothing more than the incorporation of two man made systems based upon an interpretation of reality. Using the information found I develop a system to iteratively generate what is but a finite collection of visuals... You understand the basics of what I am saying and the point I am making but to ensure the point is made: While you made your journey of 4 light years I did not leave the planet, I did not have to experience the moment to perform the act as you did. The act on my behalf is timeless.

Originally posted by FOXMULDER147
Every time we take a photograph of the stars we capture a moment of the distant past.
.
.

The Battle of Thermopylae took place 2491 years ago, which means the light and sound from the battle is currently 2491 light years away from Earth. That information is moving away from Earth. Even if we launched a receiver out to chase it at the speed of light we could never catch up with it.

It is sometimes misinterpreted as a title of office in itself, but in fact it is an honorific which goes with and is used before various such titles (such as Mr. President, and so on), both in speech and in writing. In reference to such an official, it takes the form "His/Her Excellency"; in direct address, "Your Excellency", or, less formally, simply "Excellency". link
en.wikipedia.org...:Haeckel_Asteridea.jpg
The abbreviation HE is often used instead of His Excellency; alternatively it may stand for His Eminence.
upload.wikimedia.org... 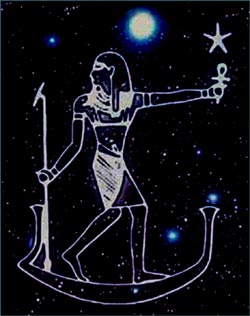 Originally posted by CLPrime
reply to post by FOXMULDER147


There are two problems.
First of all, there would be no sound. Sound doesn't travel through space.
Second, you would need a way of imaging the Earth with enough resolution from 2491 light-years away to actually see anything.

Other than that, it would work.


I'll add a third problem. Creating a wormhole like that would take something along the lines of a black hole, according to Michio Kaku.

We don't have access to any of those nearby and even if we did, I suspect we'd probably want to keep our distance.

posted on Nov, 20 2011 @ 11:23 PM
link
I remember this very idea was in L Ron Hubbard's "Battlefield Earth" novel. However, in real life, there's a theory (forgot the name) that says that information cannot travel faster than the speed of light. If this is true, then there is no way you could ever get from Earth to a place where you could see the light from 2491 years ago, because you'd have to travel faster than light to get there. As far as I know, your theory would work if you could travel faster than light; at least I can't think of a reason why not. (and by a lot more than the tiny fraction faster that has recently been observed in neutrinos and hasn't yet been 100% verified anyway)

posted on Nov, 21 2011 @ 07:22 AM
link
Firstly sound travels much slower than light and would not even make it out of our atmosphere, secondly light as it moves away refracts exponentially as it moves further away and interacts with various mediums (99% of this refraction would occur in our atmosphere).

I love the way you think and your theory but it is not possible unfortunately, the only way possible is the paradox cursed theory of time travel.