Blown out of Proportion?

But with all this talk of behaviour on ATS as of late, I need to ask if this being completely blown out of proportion?

Is ATS all that bad?

I have visited other message boards where they constantly cuss each other out and use derogatory remarks on a regular basis. And it actually goes unpunished.

Here on ATS, we have a staff that enforces the Terms & Conditions which keeps our discussions inline. Some people step out of line, but they are dealt with accordingly. Dealt with behind closed doors, as it should be.

Calls for public executions have caught my attention, and confused me. Why would we fill our boards with this drama?

I believe we are taking a very small percentage of our membership that create this problem, and blowing it out of proportion.

So many threads lately have been set out to change ATS. Creation of forums, behaviour of members, even think I seen the staff get called out in a post or two, and for what? What is so wrong?

The creation of forums is not a negative influence on ATS. If there is a strong desire for the Forum, than I am all for its creation. WCIP mentioned it in a post today, he asked why would we create a forum when no threads exist on it? Why build a basketball court when nobody is playing basketball. (Well Said) So members who want to create a forum, should be willing to work. Not just post ideas and never look back.

It needs to be said,

ATS is GREAT the way it is!

Don't change a damn thing. Allow the trolls in the front door, and even give them a second chance if they flub initially. Continue to permit heated discussions and the possibility of members getting offended. It makes for great discussion. This is a discussion board, right?

posted on Oct, 17 2006 @ 07:05 PM
link
ATS is indeed great the way it is, and CONSTANTLY getting better.
Anyone who has been here mere months can attest to the constant evolution and changes going on with regard to features and design. When it comes to content and our members, it sure is great. We've got awesome people here and we need not let your greatness and hard work be drowned out by the trolls and drama seekers; that's not why we're here. We're here to talk, share and learn, from and about each other as different people.

Let's not change that by focusing on negativity and the few bad apples. Most people can discuss civilly and learn a thing or two. Those that can't, don't worry about them.

I have to admit to becoming increasingly jaded with ATS recently. I feel that the quality and content of the forums that I frequent has dropped over the last twelve months or so, to the point where I rarely contribute now. I've noticed that there seems to be an increase in "teaming up" on subjects by certain members, which invariably leads to a clash of sides, normally descending into personal attacks and faux-intellectual babble. It has got to the point that unless a post is clearly and demonstrably wrong, I don't post. And that hurts because there are people on ATS who want to learn and understand, and I enjoy imparting the knowledge I have, but being attacked and accused of stupidity has pissed me off one too many times.

I think it is telling that the majority of my posts in the last few weeks have been on BTS. I simply don't need the aggravation in life that I seem to now find in ATS. I also personally believe that the moderation, especially in the weaponry forums, needs to improve. Whether this is because there aren't enough mods, or mods aren't confident enough to reign in the more vocal members I'm not sure, but I can think of a few threads where the actual topic of conversation probably only accounts for 20% of the pages the thread has generated.

Moderators shouldn't just be there to issue warnings and do admin. They should moderate as their title suggests. Draw out the threads of the argument, encourage adult discussion, and reduce the level of bickering and sniping that goes on. Once again, this may be unique to the forums I frequent (or used to frequent), and may simply be a function of lack of mods. But it needs a drastic overhaul otherwise these forums will simply be the repository of ill-informed and at times downright ignorant information. The very thing this site is supposed to deny.

Oh, and that's another trend that I've seen recently. If someone has an alternative or opposing point of view, they get accused of being ignorant, and not living up to the intent of ATS. Once again, I can think of one user in particular who trots this little byline out every time they get questioned on their posts. It is puerile, pointless, and simply antagonises the target.

At the end of the day, I used to look forward to logging onto ATS. Now I simply do it more as a matter of routine than anything else. Sad but true.

I would highly recommend spending some time over on PTS. Same great discussion as ATS, but not nearly as much controversy.

Would any of you want an ATS community where everyone always agrees on everything?

Indeed it is great the way it is, and getting better every day.

Originally posted by UM_Gazz
Would any of you want an ATS community where everyone always agrees on everything?

Wait. No I don't. I agree with nothing, no matter what. And don't try and trick me again.

I wouldn't want anyone to agree all the time. However, it would be nice when we disagree that we can be polite to one another.

Being polite does not mean one has to forsake what one believes in.

Originally posted by ceci2006
I wouldn't want anyone to agree all the time. However, it would be nice when we disagree that we can be polite to one another.

But still, I am open to spooning while I disagree with you on the subject. Polite spooning can be so nice sometimes.

posted on Oct, 17 2006 @ 07:49 PM
link
All that is really asked of members in discussion is that they remain civil. If you can do that you will have a bright and happy future here. It also helps to read and understand the T&C's, but civility is still at the top of my list.

posted on Oct, 17 2006 @ 07:51 PM
link
I never said that disagreement was bad. I suggested the way that disagreement is moderated is part of the reason why there has been what I believe is a downward trend in the quality of ATS recently. I think the sheer numbers of members is making it more difficult to ensure that the quality that has been a hallmark of ATS over the years remains.

Given some of the responses to the serious nature of this thread, I don't anticipate an improvement in things any time soon.


I wouldn't want anyone to agree all the time. However, it would be nice when we disagree that we can be polite to one another.

More naval gazing to distract from the interesting conspiracy related news items that pop up daily. For instance:

Been up for nearly 23 hours, nice conspiritorial slant to it. No replies.

Take a few seconds to review BQ&B, oh look! A whole bunch of wannabe mods navel gazing about what is wrong with the site, and what measure should be taken to improve the site.

let me tell you what is wrong with the site: 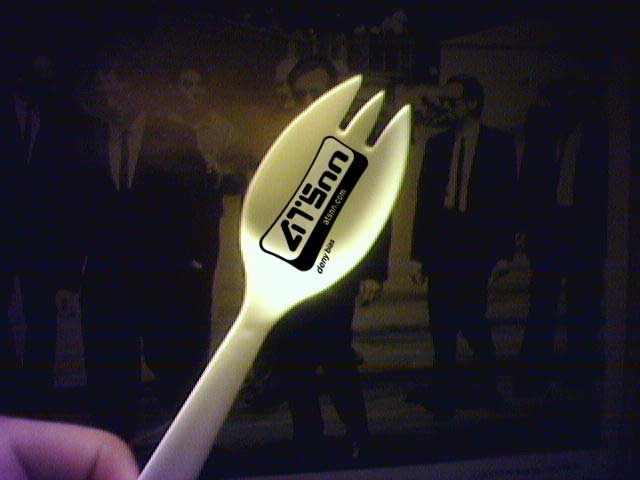 I've always respected your work Imp, these comments are coming out of Left field for me. One of your threads lacks a few replies, so you attack one that recieves a reply?

I would gladly post 50 threads I created that I worked hard on, and never recieved a reply. Thats life!

I can't tell what your upset at. This thread or your threads for not taking life.

Anyhoo, I do appreciate your personal attack. I needed a good slap in the face, my cheeks were losing their redness.

posted on Oct, 17 2006 @ 08:00 PM
link
Congrats Chissler, you may very well be the first ATS member to have a thread totally hijacked by the mods.

That speaks volumes of how highly we regard you

Keep up the good work my friend.

Thousands of people discussing hundreds of controversial topics ... There's going to be some heat. And that's a good thing in my opinion. Passionate discourse is a wonderful thing. Politeness and niceties have their place, but this ain't it, in my opinion. If I wanted to belong to a board where everyone was polite, nice and kind, I'd join a pet board where mood, sarcasm and hurt feelings were regulated by the mod squad and we'd talk about bunnies and flowers. (I belong to a couple pet boards, btw and they serve their purpose, but it's hard to get an enthusiastic, meaningful dialogue going on any important topics.)

If people want to be 'nice', that's great, but the minute someone tries to get the whole board to be nice or behave to some particular standards, the board starts going downhill, in my opinion. There's nothing wrong with polite and nice, but not everyone operates from there and that's ok. People are different.

Be nice, be kind, be thoughtful and polite, but don't tell other people that they should behave the same way. We're all unique and have our own way of being. Not everyone is going to like me. But some do, and those are the people that matter to me. I'm not politically correct and I'm not very often even polite. I'm straightforward, harsh, honest and sometimes a little crude, but I obey the T&C and have exciting discussions and enjoy my time here. And some people enjoy having me here. (Or so they say...)

So, if some want to be 'nice', go ahead. Nothing's stopping you. Do it because you want to. But don't make your politeness depend on others' behavior. Because this isn't Let's Make a Deal. "If you be nice I'll be nice." I'll tell you, not everyone's going to buy into the Barney ideal.

Originally posted by chissler
I think I'll fall back into the corner and talk secretly about you guys.

Bring spoons and I'll meet you there.