....therefore building up their natural resistance to the virus! What a novel idea...

Something big must be going on behind the scenes, and it doesn't look good for big harma.


This announcement concerns both the vaxed and the unvaxed.

Not true, Randybear. Just by being on ATS puts each and every one of us in genius territory.

Some are just evil geniuses.


Not true, Randybear. Just by being on ATS puts each and every one of us in genius territory.

I got to admit it climbed pretty deep in my lungs quick and caused
some exerted coughing episodes. But once I got my hands on some
Ny=quil and got some rest, I knew I had it whipped. Definitely got
a taste of how lethal it could possibly be though.


....therefore building up their natural resistance to the virus! What a novel idea...

Something big must be going on behind the scenes, and it doesn't look good for big harma.


This announcement concerns both the vaxed and the unvaxed.

As we come back from the absurd levels of clown world, it will be fun to celebrate freedom returning to the world! 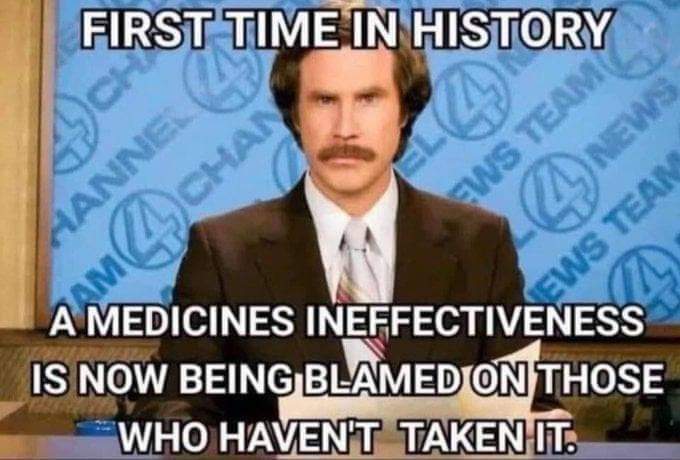 They have such disdain for us useless eaters, that they don't even try to come up with lies that even sound plausible.

We once again we have shown them how gullible, how well conditioned, how easily we can be manipulated and controlled.

Hahaha, that's what I did, too! I smoke a lot, so I figured I just got a bum product and was paying for my choices. I kept coughing up what wasn't phlegm, but a mucus that was like jelly or boba. I quit smoking for 3 days, nyquil'ed, rested in my room (I guess you could call it quarantine), and 3 days later, I was better. It took 1 week to not feel the need to cough all things out, about a month to stop completely.

When February 2020 rolled around, I knew this was easily to overcome with the same dedication as the flu. Immediately it became a political agenda( probably was from the start) which the media took a position against Trump's words. They again changed when Trump was against the virus. I realized that this was a game of the gullible and manipulation.

I dropped all of the former friends that were smug in their group compliance, and separated for nearly 2 years, I can see that it was the right decision.

Basically they are encouraging people to get the virus and get it over with....

....therefore building up their natural resistance to the virus! What a novel idea...

Something big must be going on behind the scenes, and it doesn't look good for big pharma.

This announcement concerns both the vaxed and the unvaxed.


If we search back that was definitely the consensus opinion here on ATS, and definitely here in Georgia.

Perhaps they finally are seeing natural immunity is what is driving the lower hospitalizations severity and deaths.
and perhaps we should have just vaccinated those at risk. As so many here mentioned as well.

It has appeared to be that way for many months IMO.

originally posted by: Salander
It appears to this layman that the virus is now endemic to the species.

It has appeared to be that way for many months IMO.

Exactly and some places probably even longer. Im a big believer in what the actual data shows and prior to 2020, the scientific and medical community accepted the importance of natural immunity.

As far as ATS and genius? all I am gonna say is you can be a genius and still be where the cheese has slid off the cracker. Real genius applies that knowledge to real-world situations and problems, it's those geniuses the world is lacking. This is why experience is sometimes as important as intelligence.

Listen to the truth bombs and common sense approach also from the article.

“Containment strategies are no longer appropriate — mitigation is the only viable strategy ... especially true of the newer, more infectious/transmissible variants like Omicron,” health department director-general Sifiso Buthelezi said in the circular.

Contact tracing of those potentially exposed to Covid-19 will also no longer be required.

“Quarantine has been costly to essential services and society as many people stay away from their work and thus lose their income and children miss out on schooling,” the circular reads.

“All contacts must continue with their normal duties with heightened monitoring (daily temperature testing, symptom screening) of any early signs. If they develop symptoms then they should be tested and be managed according to the severity of the symptoms.”

I am sure Dr, nazi mengele Fauci, would not agree with this, you see the moron variant from Africa is different in the US, it can infect and kill Americans, no illegals those do no even have to worry, only American citizens

Soo darn get those jabs so it can work for the already jabbed and get the darn boosters.

Is the fault of the unvaxed that the vaxed are getting infected.

This is called "herd immunity'.... it's what Trump wanted to do, even though he himself, of course, had the vaccine and covid.

It works on the 'only the strong survive' theory. So you are essentially letting the elderly people, along with others who have co-morbidities die from it. When implemented, there is a surge of death among people over 65, people who have diseases such as diabetes, lung disease, obesity, comprised immune systems such as transplant patients, cancer treatments and such.

But in the long run, only the younger and healthier people will survive, therefore essentially combating the virus.

I don't think most of the people in the United States are so cruel and sinister that they are willing to go this route, when there are means of some prevention.

Exactly for 2 days I couldn't take a hit off a smoke with out
triggering a coughing attack Vicks steam an onion garlic gulp down
some Ny quil and under the covers. Still clingy but I feel fine.
Onions seemed to break it up for me as well. Couple bites if you
can stand them.