Dying COVID-19 Patient Recovers After Court Orders Hospital to Administer Ivermectin | 1 Dec 2021 | An elderly COVID-19 patient [Sun Ng, 71] has recovered after a court order allowed him to be treated with ivermectin, despite objections from the hospital in which he was staying, according to the family's attorney. After an Illinois hospital insisted on administering expensive remdesivir to the patient and the treatment failed, his life was saved after a court ordered that an outside medical doctor be allowed to use the inexpensive ivermectin to treat him, over the hospital's strenuous objections... [...]

This 71 year old man, Sun Ng, from Hong Kong came to Illinois, U.S. to visit his daughter and to celebrate his granddaughter's first birthday. He became ill due to COVID-19, was intubated and even though he was administered the expensive medicine remdesivir he was close to death.

Well, after Sun Ng was administered Ivermectin he became well again. This man was at death's door. Here is a photo of how close he was to death even when the hospital continued to fight the court order. 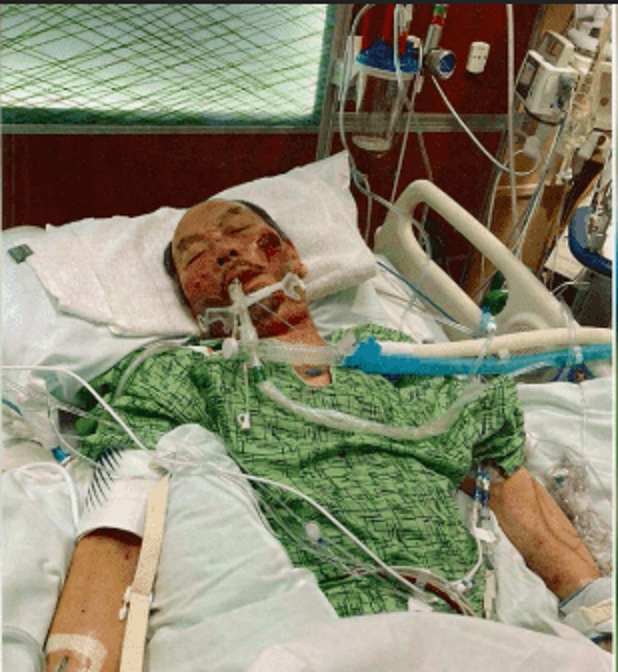 And here is a picture of him after having taken ivermectin. 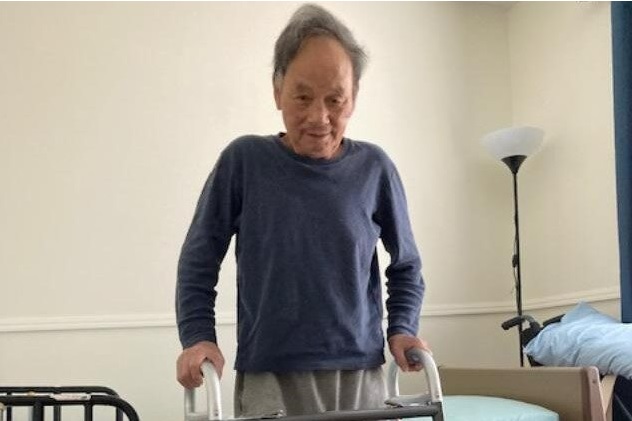 Here is another picture showing him still in the bed, after taking ivermectin, but it shows the injuries to his face in the middle picture. 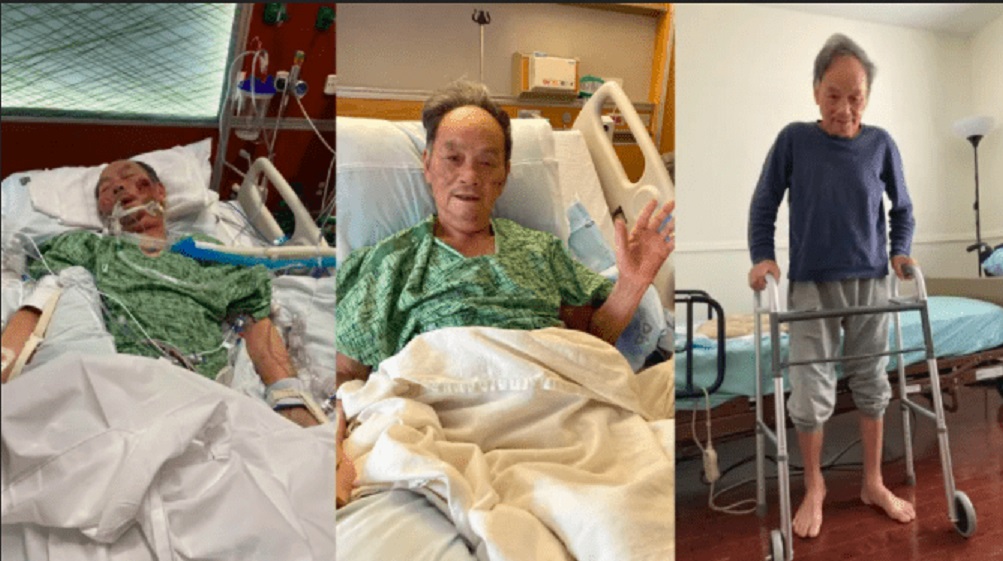 Here is a close up of the middle picture showing his injuries still visible in his face. 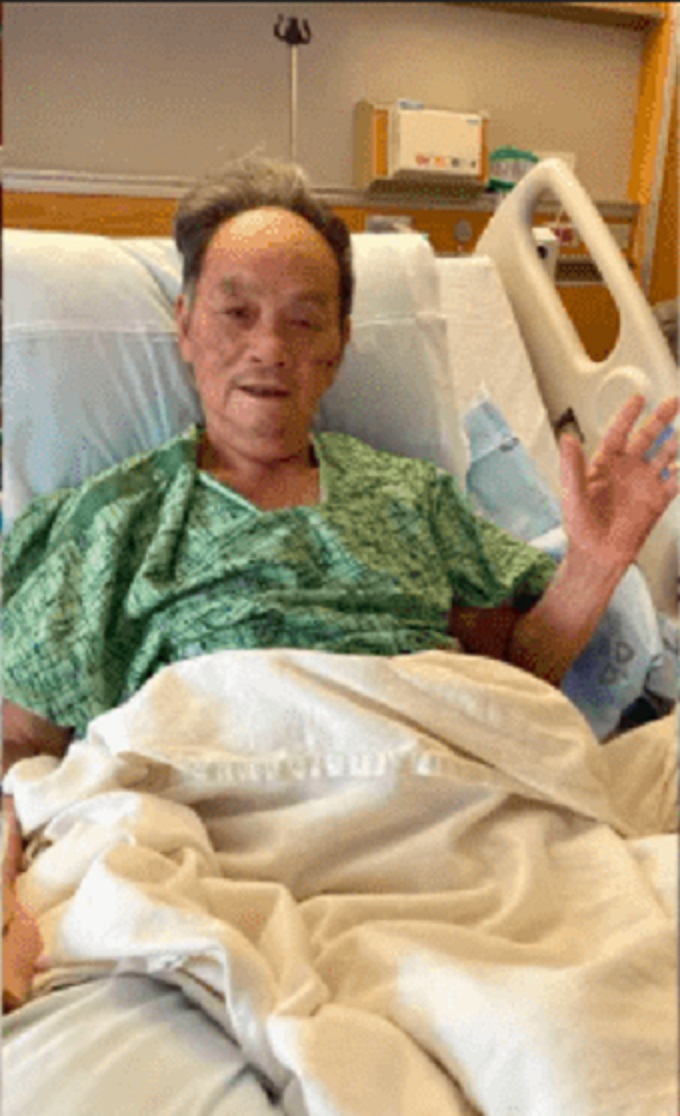 Ivermectin saved this man's life, despite the hospital and doctors at that hospital attempting to resist the court order and not wanting to administer the life saving medication.

Take heed from this family, if one of your loved ones does get sick from COVID-19 fight the hospital and doctors and make sure your love one/ones is/are prescribed this life saving and inexpensive medication.

edit on 2-12-2021 by ElectricUniverse because: add, correct comment, add pictures and link.
edit on Thu Dec 2 2021 by DontTreadOnMe because: trimmmed way overlong quotes IMPORTANT: Using Content From Other Websites on ATS

I read this article early this morning, it is very interesting to see the deceptions behind the covid virus. He looks good for his age even after been ill.

I been reading that the anti virus drugs been used to the severe cases of the covid can cause side effects and make the virus worst.

After so many deaths at the hands of medical professionals who refuse to treat Covid patients with Ivermectin (like this one in my neighborhood: wgntv.com... ), it's good to see a JUDGE with more compassion for human life, than the people who took an oath to "do no harm".

Thank-you for sharing the heart-warming story.

lordcomac
+6 more
posted on Dec, 2 2021 @ 08:41 PM
link
Almost like various countries had already proven ivermectin works with nearly 100 percent success over the last year.
You know, little nations... Like India, who used it in two of their biggest cities with amazing success, and then refused to use it in another major city at the same time with disastrous results.

If "the science" was interested in progress instead of money and power we'd have been done with this game after about the first two weeks.

posted on Dec, 2 2021 @ 08:44 PM
link
That injury to his face looks more like Bubonic Plague than anything we've seen or heard about with the "covid". Ivermectin can be used to treat plague victims, but the hospital should have run some tests to see if plague was this man's ailment so that an antibiotic treatment could have been started.

Something's off about this story.

Or ebola, I know Sars do not causes bloody scabs but Ebola does.

Maybe its time for a national health system in order to take the profit motive away from these hospitals.

Those injuries can happen due to pressure. COVID-19 patients that are intubated also have to be moved/flipped, upside down to avoid "bed sores/ulcers" from being in one position for too long. 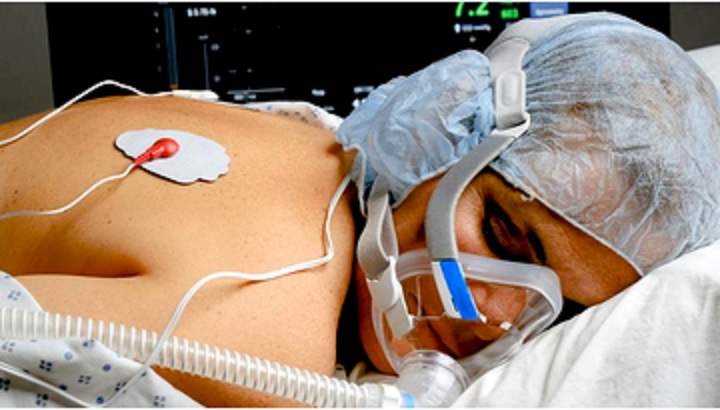 COVID-19 patients on ventilators in ICU are cared for in a prone position to improve delivery of oxygen to vital organs, however they are highly susceptible to pressure injuries, QUT Professor of Nursing Fiona Coyer says.

Patients on ventilators lie face-down for up to 16 hours a day
Pressure on skin from being face-down can cause skin injury
Highly skilled, labour intensive task to reposition these patients
Healthcare workers must use a combination of measures to prevent

Professor Coyer, from QUT Faculty of Health, is an expert in pressure injury (‘bed sores’) prevention whose work has brought to light a serious problem in nursing COVID-19 patients who need mechanical ventilation.

“These critically ill patients on ventilators are in an induced coma and typically lie face-down for up to 16 hours a day,” Professor Coyer said.
...

Healthcare workers have to treat bed sores/ulcers for patients that are in bed for long periods of time. They also have to reposition patients to avoid these injuries as much as possible.

BTW, in case you didn't know, sitting down for looong hours can also cause such injuries in your backside.

Because intubated COVID-19 patients are induced into a coma they do not move at all. Hence why it is easier for them to get these bed sores/ulcers in their face and other body areas.


edit on 2-12-2021 by ElectricUniverse because: add and correct comment.

According to the hospital he was marked for death, returning to Hong Kong would seal the deal if given the opportunity to speak on his experience with ivermectin there?

Thanks for that information, now I see it makes sense, I know about the bed sores I have seen them myself, but usually the person is lying on their back, I guess been on the side of the face will do the same thing.

originally posted by: loveguy
a reply to: ElectricUniverse
☺
Hong Kong?

According to the hospital he was marked for death, returning to Hong Kong would seal the deal if given the opportunity to speak on his experience with ivermectin there?

He is from Hong Kong. This didn't happen in Hong Kong, it happened in a hospital in Illinois, U.S. when he came to visit his daughter to celebrate his grand-daughter's first birthday.

I discount the bed sore notion because of what you stated at the end of your post:


Healthcare workers have to treat bed sores/ulcers for patients that are in bed for long periods of time. They also have to reposition patients to avoid these injuries as much as possible.


Either this hospital is a complete mess (which I doubt), or it just claimed "covid" because it never tested for plague. Since this man came from a Chinese controlled port, I'm willing to bet that he might have brought plague with him. Not necessarily inflected with plague, but possibly flea eggs in his luggage.

I'm glad the man feels better and is recovering, but this story has some information holes in it.

When he goes back home, was my concern. His story could wind him back in the hospital or worse.

posted on Dec, 2 2021 @ 09:12 PM
link
so he took it after he was already given remdisvr, that's not proof that ivermectin did anything, that's only proof that something worked but no telling of what exactly.

that's like saying sprite helps joint pain just because they used it to swallow an advil, as if there was no advil.

You are only discounting facts. Even moving these patients to different positions, which is no easy task as they are in an induced coma hence cannot help in repositioning themselves, does not stop these sores from forming.

It also depends how long he was in the induced coma. BTW, sweat makes these bedsores/ulcers appear much faster and being in one position for 16 hours does cause those areas always touching the bed to sweat.

Those injuries are from being upside down while intubated and in a coma for long hours. He did not have bubonic plague.

Here is a research paper dealing with the fact that many COVID-19 patients whom have been intubated and were in an induced coma can easily get these ulcers/bed sores in their faces.

When you are in a coma, and intubated for so long these ulcers/bed sores can occur easily in any area where there is pressure/contact between a hard surface and the skin. They can also occur in the nose if the patient is intubated through the nose as a matter of fact.

Prone positioning is an adjuvant therapy used to treat COVID-19 pneumonia complicated by acute respiratory distress syndrome. However, prolonged pressure on facial skin at the level of the bony structures may be responsible for facial pressure ulcers. In the context of severe COVID-19 pneumonia, we hypothesized that hypoxemia, microvascular injury and thrombosis can increase the risk of pressure ulcers. We described two cases in order to emphasize the risk of facial pressure ulcers as a result of prone positioning, so as to discuss their physiopathology and highlight the importance of appropriate preventive measures.
...

This is also similar to the damage that intubated people get inside their throats for being intubated for a long time, similarly caused by pressure from the plastic tube, and it's the reason why after being intubated people have a hard time talking. Prolonged intubation can also cause irreparable damage to people's vocal system whether a nasogastric tube or an endotracheal tube is used. Due to the endotracheal tube being wider than the nasogastric tube there is more of a risk for people's vocal system being damaged with an endogastric tube. But both have their risks.

originally posted by: namehere
so he took it after he was already given remdisvr, that's not proof that ivermectin did anything, that's only proof that something worked but no telling of what exactly.

that's like saying sprite helps joint pain just because they used it to swallow an advil, as if there was no advil.

He had been in remdesivir for a long while and all along he was in really bad shape and close to death. Do you have any idea how long this man had to be in an induced coma to have those ulcers/bed sores in his face from being upside down for too long?

edit on 2-12-2021 by ElectricUniverse because: add and correct comment.

Many nurses should be paid as much as the best life-saving doctors.

The story didn't say he was in a coma and the story link goes to Epoch Times, which is telling me to sign up or don't read.

I didn't realize that sores could happen so quickly, thank you for that info, but I still say something is missing from this story.

I have a feeling the Covid-19 loving Lefties are going to be trolling all over this post.